While registered alcoholic beverage consumption in Turkey remains in place due to prohibitions, exorbitant increases and high taxes, illegal and under-the-counter production is at its peak.

Last year, the total consumption of alcoholic beverages in Turkey increased by 11 percent to 1 billion 122 million 593 thousand 148 liters, while the SCT income from this increased by 37 percent and exceeded 22 billion TL. While the price of Turkey’s national drink raki (70’s) was around 8 TL in 2002, today it has increased by 3 thousand percent in the last 20 years. With the last SCT increase at the beginning of the year, the average shelf price of 70 raki with an alcohol content of 45 percent increased to 255 TL. Compared to the price of the work, the tax rate increased to 296 percent.

According to the information of the Ministry of Agriculture and Forestry Department of Tobacco and Alcohol, stretching the pandemic rules, opening restaurants and not increasing the SCT applied in this area last year are effective in the increase in consumption last year. it happened. While the highest consumption in 2021 was in the beer cluster with 943 million 575 thousand 646 liters, whiskey consumption increased by 46 percent compared to 2020 to 19 million 910 thousand liters, and raki sales increased by 23 to 37 million 472 liters. However, raki consumption is far behind the 48 million 810 liters in 2011. Raki exports, on the other hand, have been stuck at 3 million liters for 10 years. An increase is observed in the sales of imported drinks such as vodka, especially whiskey. Since 2005, nearly 2,500 percent increase in whiskey imports is the subject of speech. 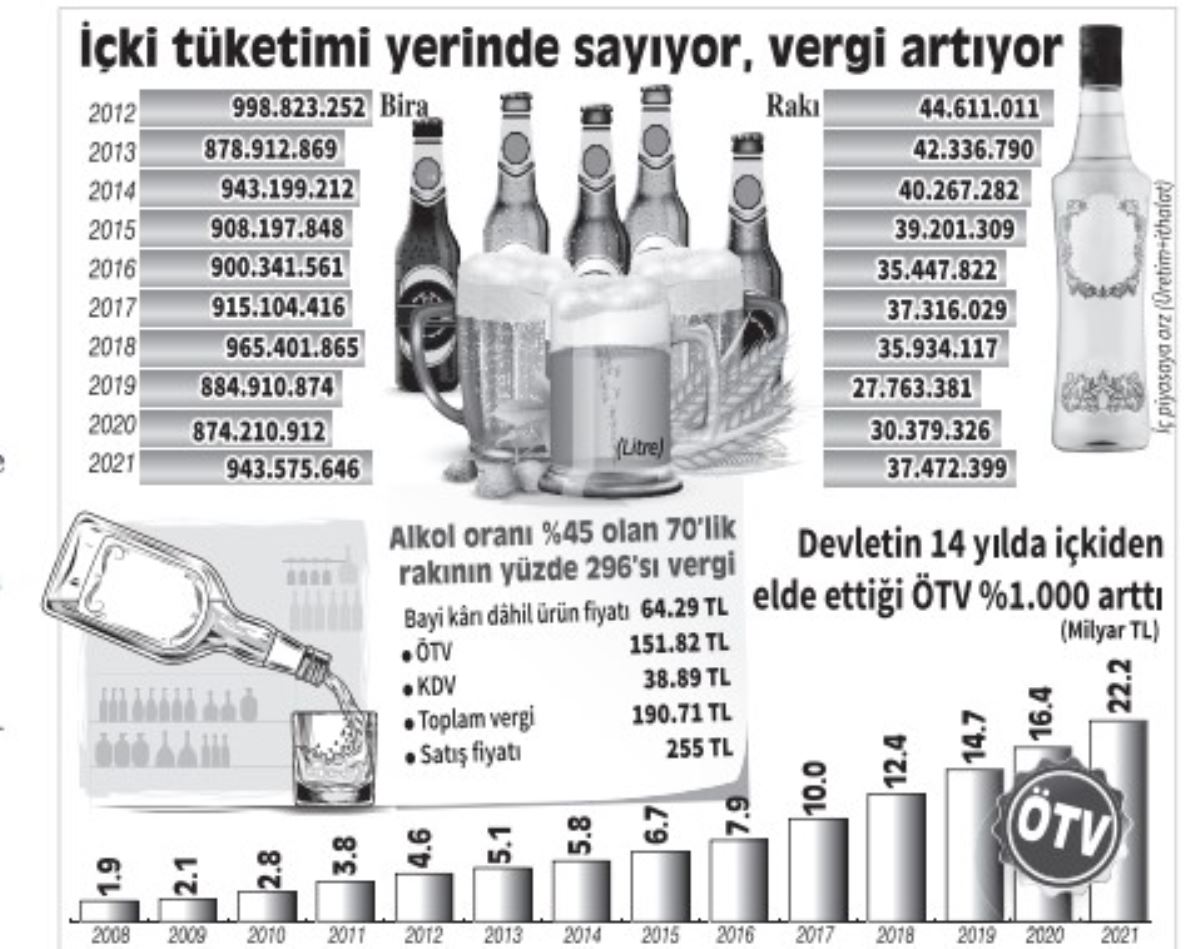 ‘The main danger in spring allergy is non-flowering plants’

Turkey is getting obese, citizens are turning to cheap and unhealthy food