What are the symptoms of kidney cancer? How is it treated?

The main function of the kidney is to produce urine from waste elements after filtering the blood and to stabilize some minerals in the blood. Kidney cancer is an unusual growth of cells that perform their usual functions, losing their function and form. So what are the symptoms of kidney cancer? How is it treated?

Here are the curiosities about kidney cancer…

WHAT IS RENAL CANCER?

Wilms tumor (nephroblastoma), the most common cancer in children aged 14 years and younger

A rare renal sarcoma develops in the soft tissue of the kidney.

WHAT ARE BENEFICIAL (NON-CANCER LESIONS IN THE KIDNEY) RENAL TUMORS?

Benign kidney tumors can be treated by destroying them using many of the same treatments that are also used for kidney cancers, such as surgery or radiofrequency ablation. The choice of treatment depends on many factors, such as the size of the tumor and whether it causes any symptoms, the number of tumors, whether the tumors are in both kidneys and the general health of the person.

Angiomyolipomas are the most common benign renal tumor. They are more common in women. They can develop in individuals with tuberous sclerosis, a genetic condition.

These tumors are made up of different types of connective tissues (blood vessels, smooth muscle, and fat). If they do not cause any random symptoms, they can often be monitored closely. If they start to cause problems (such as pain or bleeding…) they may need to be treated.

Oncocytomas are uncommon, benign kidney tumors that can sometimes grow quite large. It is more common in men and does not spread to other organs.

WHAT ARE THE CAUSES OF RENAL CANCER?

Smoking: Smokers have almost twice the risk of developing kidney cancer than non-smokers. About one-third of all types of kidney cancers are thought to be linked to smoking.

Obesity: Obesity can cause changes in some hormones that can lead to kidney cancer.

Family history of cancer: Individuals with a parent, brother, or sister (first degree relative) of kidney cancer are at increased risk.

Exposure to radiation: The risk of developing kidney cancer may be increased in people who have received radiation therapy for treatment purposes or who have been exposed to long-term radiation for other reasons.

Exposure to toxic elements in the workplace: The risk of developing kidney cancer may be higher after systematic exposure to chemicals such as certain metal degreasers, arsenic or cadmium used in mining, farming, welding and painting. 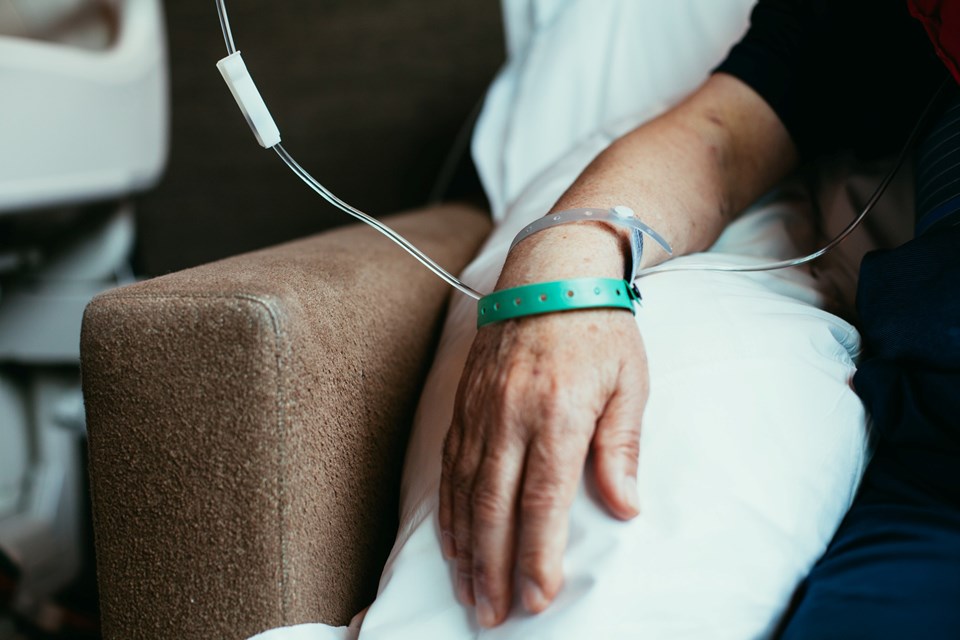 WHAT ARE THE SYMPTOMS OF RENAL CANCER?

Kidney cancer in its early stages usually causes no obvious or bothersome symptoms. Small-sized tumors in the early stage can be found to be unfortunate, especially in abdominal ultrasonography or tomography performed for another disease.

As the kidney tumor grows, the symptoms listed below may occur:

In some cases, blood may be seen in the urine. In other cases, traces of blood are detected in urinalysis, a laboratory test often performed as a module of a regular medical examination.

A lump or mass in the kidney area

Less common symptoms of kidney cancer may include:

High blood pressure or an unusually low number of red cells in the blood (low RBCs) (anemia) can also indicate a kidney tumor. These symptoms are less common.

On the other hand, if the tumor has spread to organs such as bones and lungs, symptoms related to cough, bloody sputum and bone pain may also be seen depending on this spread.

HOW IS RENAL CANCER DIAGNOSED?

Because kidney cancer is usually asymptomatic, that is, it may not cause symptoms, the tumor is most often detected when the patient undergoes medical testing for another reason. In other words, in the ultrasound and computed tomography examinations performed in a random complaint of the patient, a kidney tumor that he was not aware of can be detected while the disease is now in its early stages.

For example; When the patient consults a doctor with a complaint of gallbladder and is directed to ultrasound by an internist, the probability of detecting a developing kidney tumor during the ultrasound is quite high.

Computed Tomography (CT) and MRI scans are often the only tests physicians need to diagnose kidney cancer. Sometimes physicians also perform what is known as a percutaneous biopsy if they need more information about a tumor before recommending a treatment.

During this process, the physician numbs the skin using local anesthesia. It then uses a small needle to pull out some of the tissue.

Doctors may use CT scans or ultrasound (using sound waves to create a scene on a computer monitor) to locate the tumor and guide needle insertion and withdrawal. A pathologist, a physician who studies diseases in the laboratory, examines tissue samples under a microscope for signs of cancer.

Urine tests do not diagnose kidney cancer; however, the physician may want to see if there is blood in the urine, which is a common sign of advanced kidney cancer. On the other hand, blood tests help physicians determine whether the kidneys are working properly; but it is not used for the diagnosis of kidney cancer. 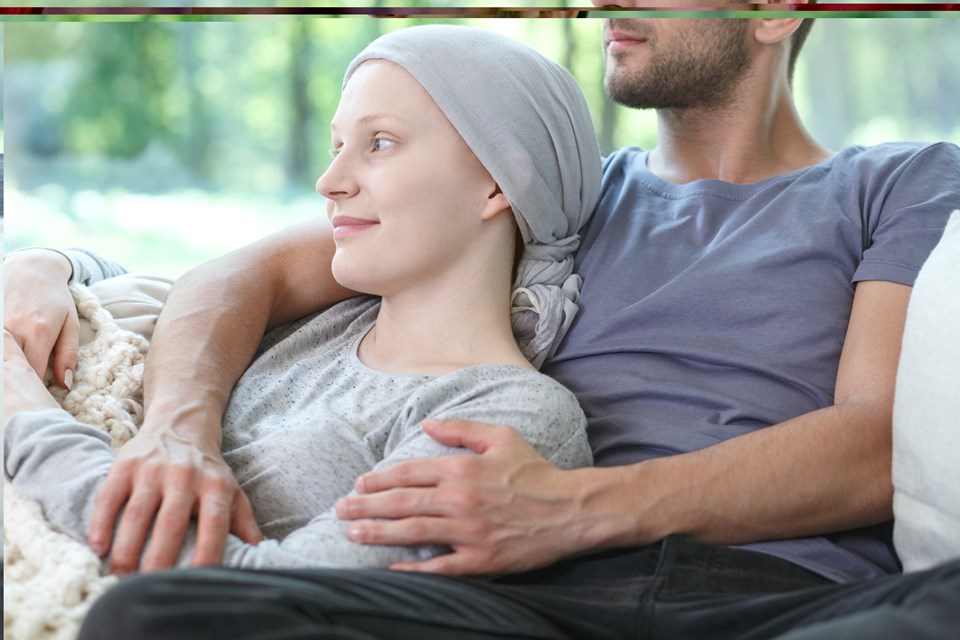 WHAT ARE THE STAGES OF RENAL CANCER?

Staging is the process of determining how extensive the cancer is and a valuable module of diagnosis. Because the most appropriate treatment options are determined according to the stage of the cancer.

The stages of kidney cancer range from Stage I (least severe stage) to Stage IV. Once patients are confirmed to have kidney cancer, the physician will discuss staging.

The tumor is 7 cm or less and is found only in the kidney. It has not spread to lymph nodes or distant organs.

The tumor is larger than 7 cm and is found only in the kidney. It has not spread to lymph nodes or distant organs.

In stage III, the tumor extends to surrounding tissues other than the kidney and may have spread to regional lymph nodes.

The tumor has spread to areas outside Gerota’s fascia, the connective tissue layer that compresses the kidneys and adrenal glands, and extends into the adrenal gland. Cancer can also spread to multiple lymph nodes or to distant areas of the body, such as the bones, liver, or lungs.

HOW IS RENAL CANCER TREATED?

The purpose of the surgical procedure is to remove the cancer while preserving normal kidney function whenever possible. Considering the stage of the cancer, the size of the mass, the region of the kidney and the number of the mass, the entire kidney or only the mass is removed by closed way. If the cancer has spread beyond the kidney, additional treatments may be recommended.

Removal of the affected kidney (nephrectomy)

A complete (radical) nephrectomy involves removing the entire kidney, the healthy end of tissue, and sometimes additional nearby tissue, such as lymph nodes, adrenal gland, or other structures.

Removal of the tumor from the kidney (partial nephrectomy)

This procedure, also called kidney-sparing or nephron-preserving surgery, is a common treatment procedure applied in early-stage tumors. In kidney-sparing surgery, it is aimed to preserve kidney function as much as possible and to reduce the risk of subsequent complications such as kidney disease and need for dialysis.

Non-surgical treatments such as chemotherapy and radiation therapy are less effective in the treatment of kidney cancer.

Targeted therapies target specific molecules. Targeted therapy drugs are usually given in tablet form or intravenously. Tyrosine kinase inhibitors (TKIs) have been tested in individuals with advanced kidney cancer and have been found to cause fewer side effects than chemotherapy drugs.

Governor Demirtaş: ”Our Youth Is Our Biggest Human Capital”

Seda Minister became a mother for the second time