Wealthy from AK Party met with NGO leaders in Bursa

Ak Party Provincial Leader Davut Gürkan and the provincial administration, who came together with the representatives of 81 provinces operating in Bursa, gave a dinner in honor of Hasret Güçlü at Merinos Atatürk Congress Culture Center.

We will solve the economic problem

At the dinner meeting that started with the agenda of Turkey and held with non-governmental organizations, the Deputy General Leader of the AK Party Varlıklı, in his speech to the leaders of the confederation and fellow countrymen associations affiliated to the federations, said, ” Turkey has problems, of course, economics is at the top of them. As the AK Party, in the upcoming process. “We are working day and night to get our citizens out of this vortex and we continue to overcome it,” he said .
The NGO meeting, which started at 19:30, lasted until late at night.

Hasret Varlıklı, Deputy General Leader, who spoke to the managers of the fellow townsmen associations operating in Bursa one by one, gave very valuable examples in the question-answer section, and it did not go unnoticed that he approached all questions with an analysis focus . Strong, so to speak, he seemed to have studied very appropriately. The fact that a high-level female politician is so modest and professional was appreciated by the leaders of all compatriot associations who participated in the evening. 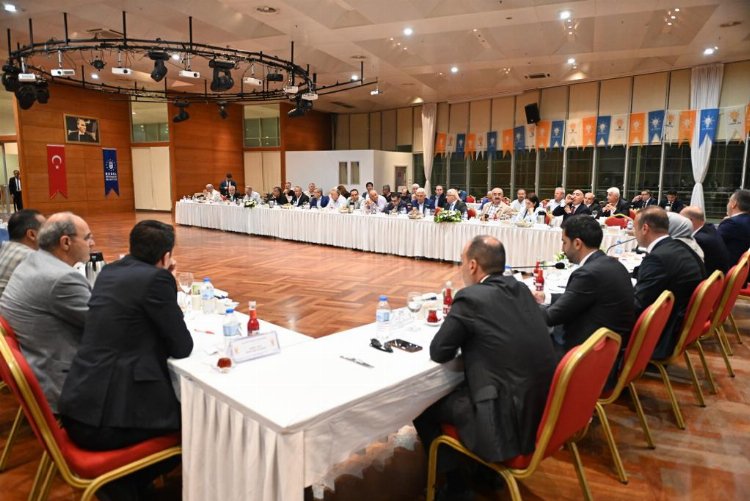 Bursa Metropolitan Municipality City Council Leader and 22nd Period Deputy Şevket Orhan, who is one of the founders of Bursa Ak Party Province, has signed very valuable projects since the day he took office. The most precious of these projects, bringing together the representatives of 81 provinces operating in Bursa, started the tradition of feasting at the Merinos Atatürk Congress Culture Center. Not only the leaders of the association, but also the administrations and members of the association will participate in the festive program twice a year, every year during Ramadan and Eid-al-Adha. Just as BİLDEF started the tradition of representing Anatolian Days with 35 associations, Bursa City Council Leader Şevket Orhan had a different tradition. In his speech at the meeting, Orhan declared that Turkey’s most valuable problem is discrimination, racism and othering. Orhan; He concluded his words by saying, “We are brothers in this geography, and this nation, which is in such a holy place, can achieve a very pleasant tomorrow, but together, we owe this debt of gratitude to these lands together. 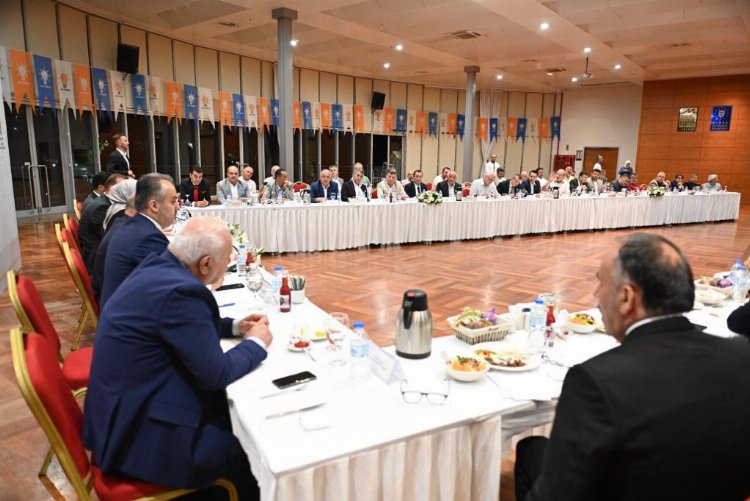 The proposals and wishes of the Federation Leaders were heeded.

Ramazan Alp, General Leader of Bursa Provincial Associations Federation (BİLDEF), one of Turkey’s valuable federations and which has made a name for himself, said that his fellow associations gave an example from a project implemented in Germany regarding the gangrene of rent and withholding tax , the AK Party Deputy General Leader Longing. Wealthy found the issue very valuable and stated why we should not implement it in our country.
While the General Leader of DAĞDER, Yaşar Türk, was describing the issues of the community he represents, Davut Gürkan and Bursa Metropolitan Municipality Leader Alinur Aktaş approached all questions posed by all participants with a sincere and analysis-oriented approach.
Erzurum Federation Leader Ömer Ömeroğlu, on the other hand, with his 25 years of experience as the chairman, brought up the valuable problems of NGOs.
Listening to the NGO representatives with great patience, the Deputy General Leader often had Ak Party Bursa Provincial Leader Davut Gürkan take notes. While the dinner meeting ended with a perfect arrangement, Bursa Ak Party executives took care of the leaders of the associations attending the meeting one by one. I consider this arrangement as a very valuable meeting for our country and Bursa, in addition to the health of the hands and efforts of all the provincial administrations, especially the Deputy Provincial Leader Fuat Alpaslan and İrfan Akkaya.

Lavrov: This conflict will not end as long as Western countries send weapons to Ukraine