We have 1 martyr in Claw Lock!

In the statement made by the Ministry of National Defense, it was announced that Tarsuslu Meteöz, who was transferred to the hospital, could not be saved despite all the interventions and was martyred.

The Ministry issued its condolences for the martyr Meteöz. 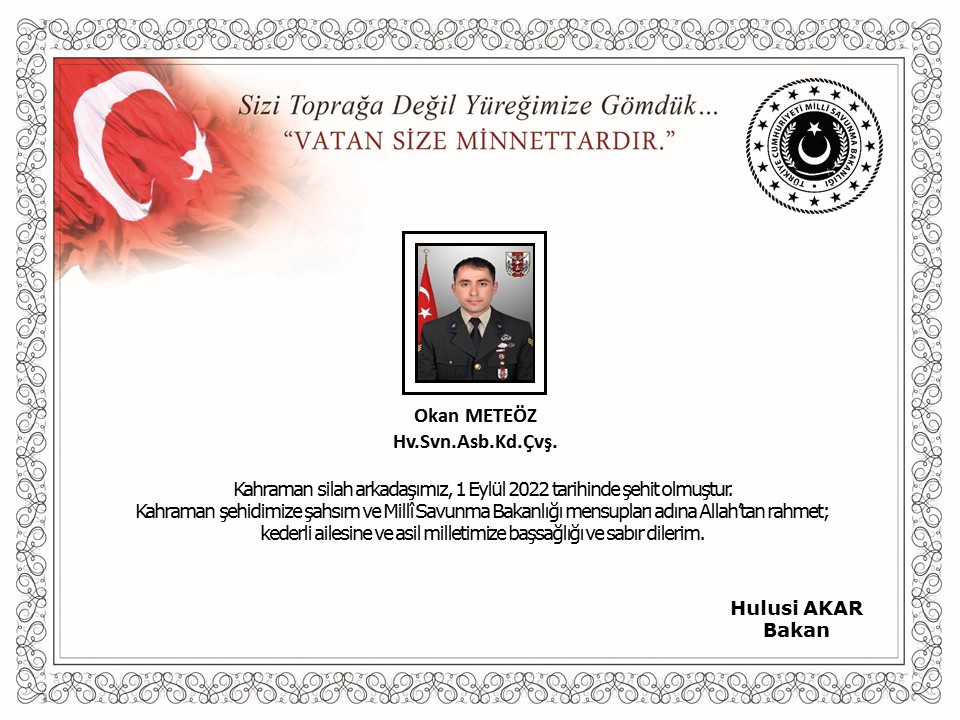 ECHR reaction at the opening of the year named President Erdogan!