ISTANBUL (IGFA) -Europe’s most valuable educational technologies company, GoStudent, conducted a research in seven countries, including Turkey, Germany, Italy and Mexico, in order to learn more about the reading habits of students aged 11 – 18. As a result of the research, young people in Turkey read an average of 25 books a year in 2021, surpassing their peers in the Netherlands (15), Germany (12), Greece (12), Italy (11), Spain (10) and Mexico (9). left.

With the rise of game consoles, smart phones, computers and tablets, many people thought that the interest in books would decrease, but young people in Turkey read an average of (25) books per year, nearly doubling the European average (13.5).

One of the striking elements in the study was the reading habits of parents. The more parents read, the higher their child’s reading habit will be. In Turkey, 66 percent of parents read at least one book a week, ranking first in the middle of other countries.

Although Harry Potter is one of the most popular books in Turkey as well as in Italy, Spain, Mexico, Germany, the Netherlands and Greece, in the report, which draws attention to the fact that Candy Orange and Little Prince are loved the most in Turkey, 89 percent of the youth in our country while still preferring the classic print book format, 4 percent prefer audiobooks and 3 percent prefer e-books. 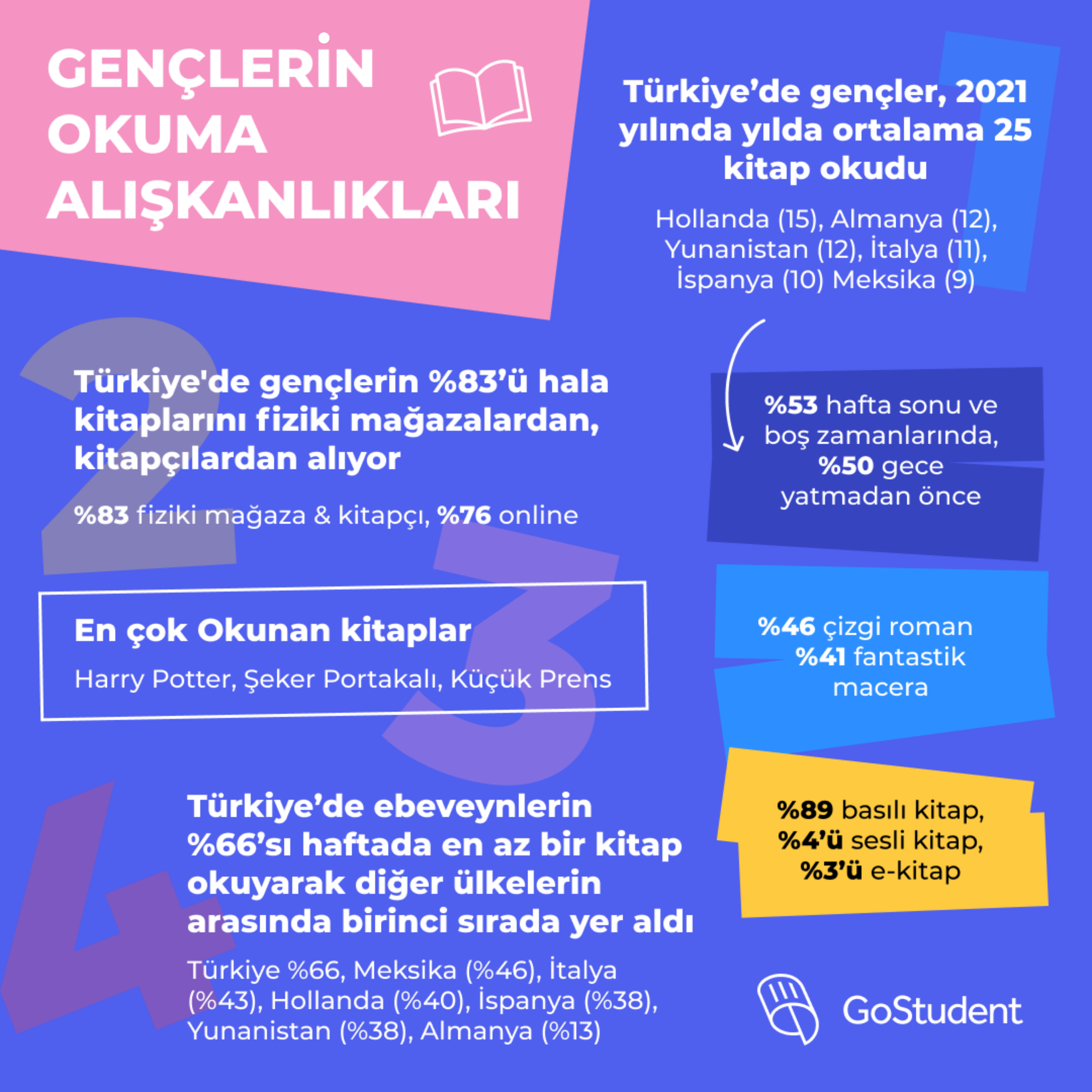 Cryptocurrencies could be legalized as a payment system in Russia

Minister Çavuşoğlu: There was a very positive meeting with Blinken