They reached Kocatepe in the morning.

Izmir Metropolitan Municipality Leader Tunç Soyer walked the Kocatepe stage with CHP General Leader Kemal Kılıçdaroğlu and Democrat Party General Leader Gültekin Uysal on the second day of the Victory and Remembrance March from Afyon to İzmir. On the 14-kilometer Çakırözü-Kocatepe stage, Kocatepe was reached in the morning.

İZMİR (İGFA) – The second day of the Victory and Remembrance March, organized by the İzmir Metropolitan Municipality to commemorate the 100th anniversary of the liberation of the city, passed with excitement and enthusiasm.

Republican People’s Party (CHP) General Leader Kemal Kılıçdaroğlu and Democrat Party (DP) General Leader Gültekin Uysal also attended the Çakırözü-Kocatepe stage of the 400-kilometer historical march that will end in İzmir on September 9. CHP and DP executives, deputies, council members, mountaineering clusters and the public participated in the march to Kocatepe, where the dispatch and administration was carried out under the command of Atatürk during the Great Offensive.

On the 14-kilometer Çakırözü-Kocatepe stage, Kocatepe was reached in the morning with citizens from all over Turkey.

A wreath was laid at the Kocatepe Atatürk Monument. Kemal Kılıçdaroğlu, General Leader of the Republican People’s Party (CHP), said, “I am extremely pleased to be here in the centennial year. We must now look to the next century. People gave their lives to live in a pleasant Turkey, an independent and democratic Turkey. Our mission is; To crown the Republic, founded by Gazi Mustafa Kemal Atatürk and his friends in the second century, with democracy. That’s why each of us should strive to build a more pleasant future. We want this to be the beginning of that effort,” he said. 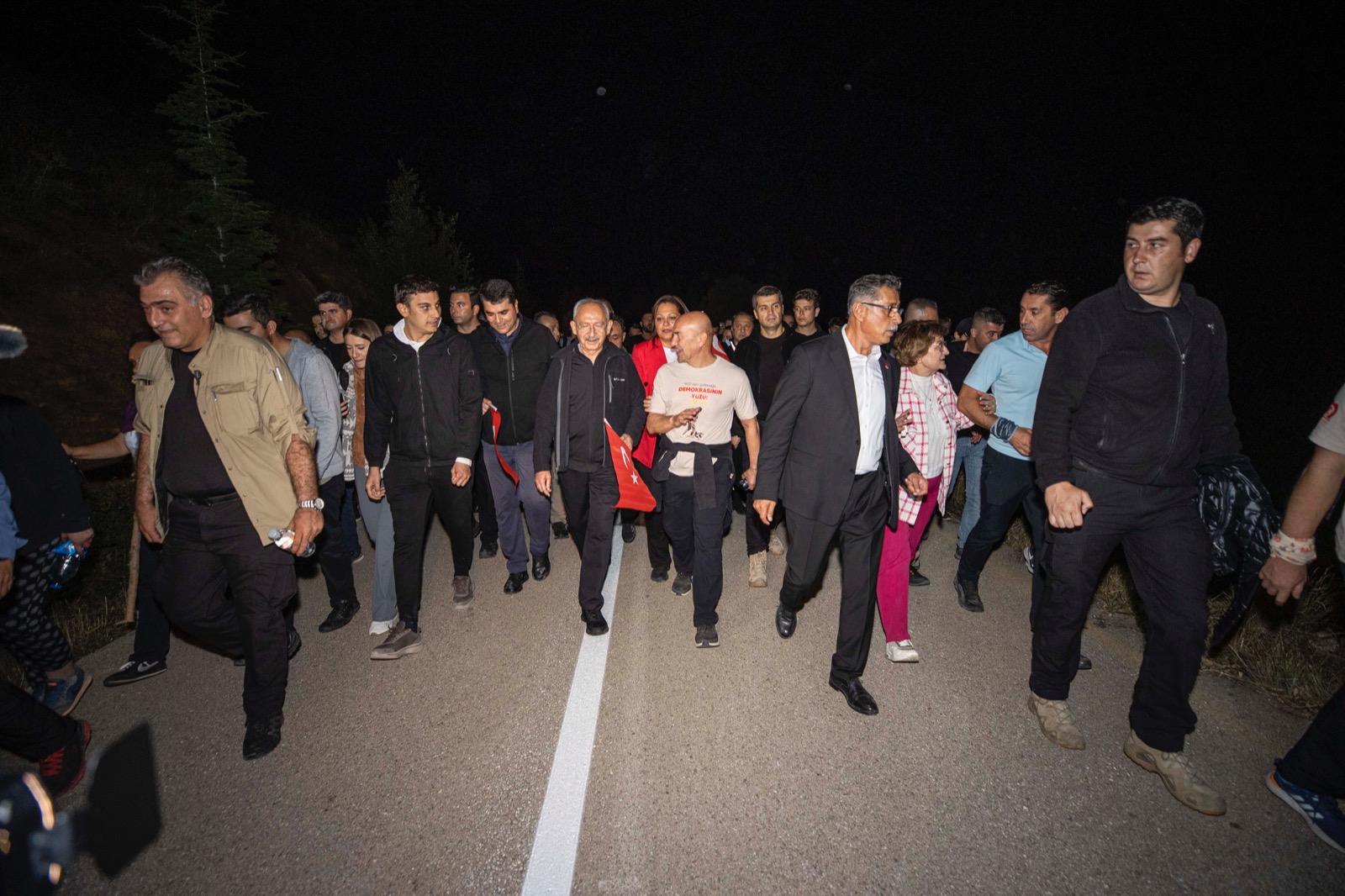 Democratic Party (DP) General Leader Gültekin Uysal said, “With this meaningful march, we commemorated our ancestors who walked by saying ‘if there is faith, there is also opportunity’. In the person of the great president, great commander Mustafa Kemal Atatürk, we commemorate all his colleagues with mercy and gratitude. ”

“WE ARE WALKING WITH THE PERMISSION OF OUR FATHERS”

İzmir Metropolitan Municipality Leader Tunç Soyer stated that they walked proudly with the permission of Mustafa Kemal Atatürk and said, “100 years ago, our ancestors won a great victory to entrust this paradise land to us and the Republic was established. Today, we reached Afyon Kocatepe in the morning by walking the 14-kilometer road traveled by the Salvation Army from Çakırözü Village at night. We embraced thousands of our citizens from all over Turkey and experienced the excitement of 100 years ago again. We were also honored that our General Leader Kemal Kılıçdaroğlu and our party executives participated in the march. We are waiting for everyone to the big celebration ceremonies in Izmir on September 9,” he said. 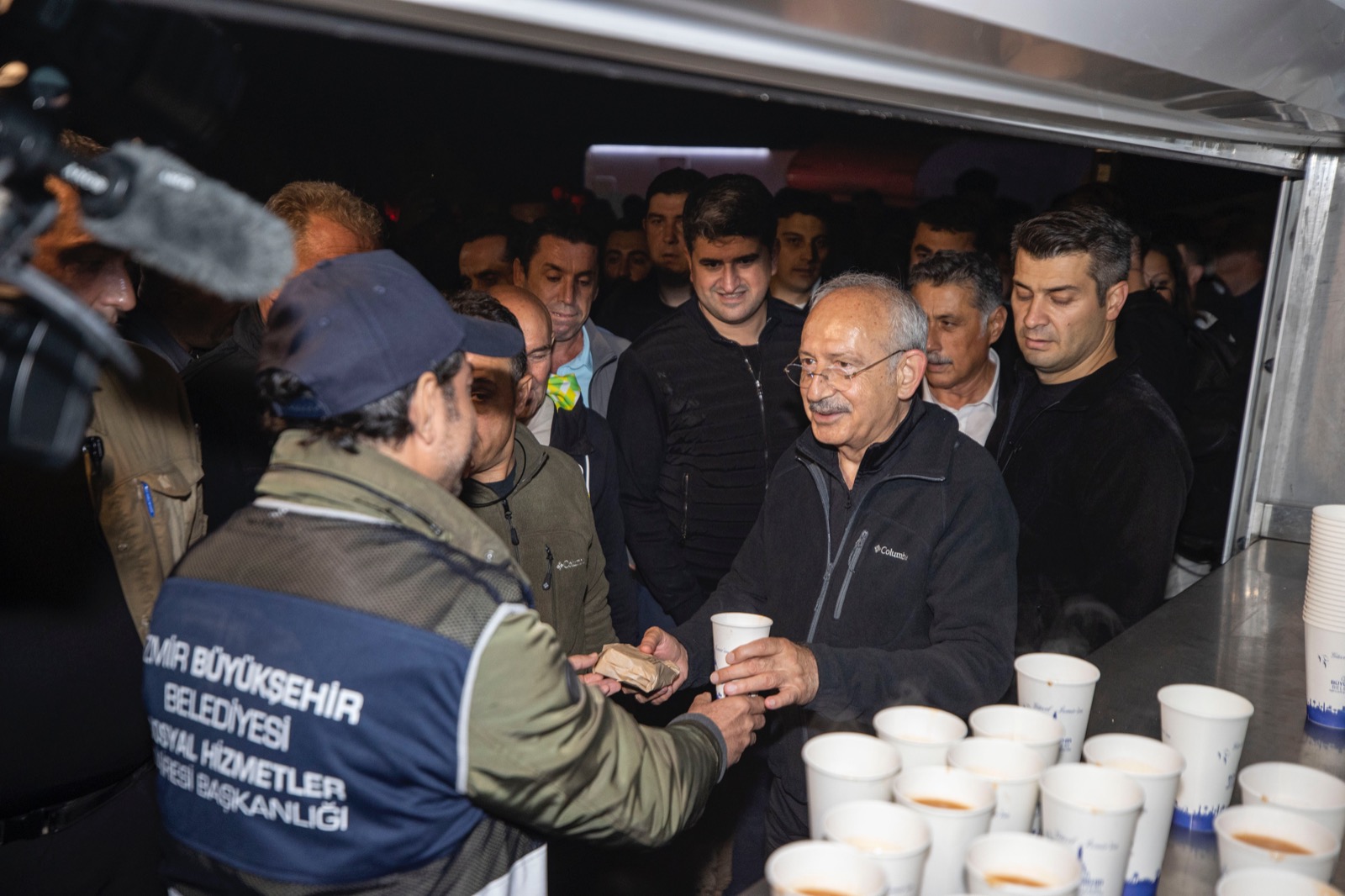