The mining exploration tender in Ulubey was postponed but not cancelled.

After the rally held by Ulubey people against the mining tender, saying “We protect our nature, water and hazelnut fields”, the members of the “No to Mine” platform went to Ankara yesterday.

“THE TENDER WILL BE MADE AGAIN WHEN THE RULES ARE MADE”

ORÇEV administrative council members made the following statement regarding the postponed mining tender, which was planned to be held on May 24:

“The mining exploration tender to be held on May 24, 2022 for two areas in Ulubey district has been postponed. This is an achievement, but not an analysis. Postponement means that the tender will be held again when the appropriate conditions are met. Also , the mining exploration tenders in Gülyalı, Altınordu and Korgan will be held. The unity of Ulubey people. and his solidarity, the tender was postponed but not cancelled. The danger continues.”

At the rally, Ulubey Akoluk Association Leader Murat Kirpitçi called out to President and AKP General Leader Recep Tayyip Erdoğan and the ministers, “If a miner enters here today, you cannot enter here tomorrow,” and demanded the cancellation of the mining tender. A delegation of 6 people consisting of the rally platform went to Ankara and met with the authorities. 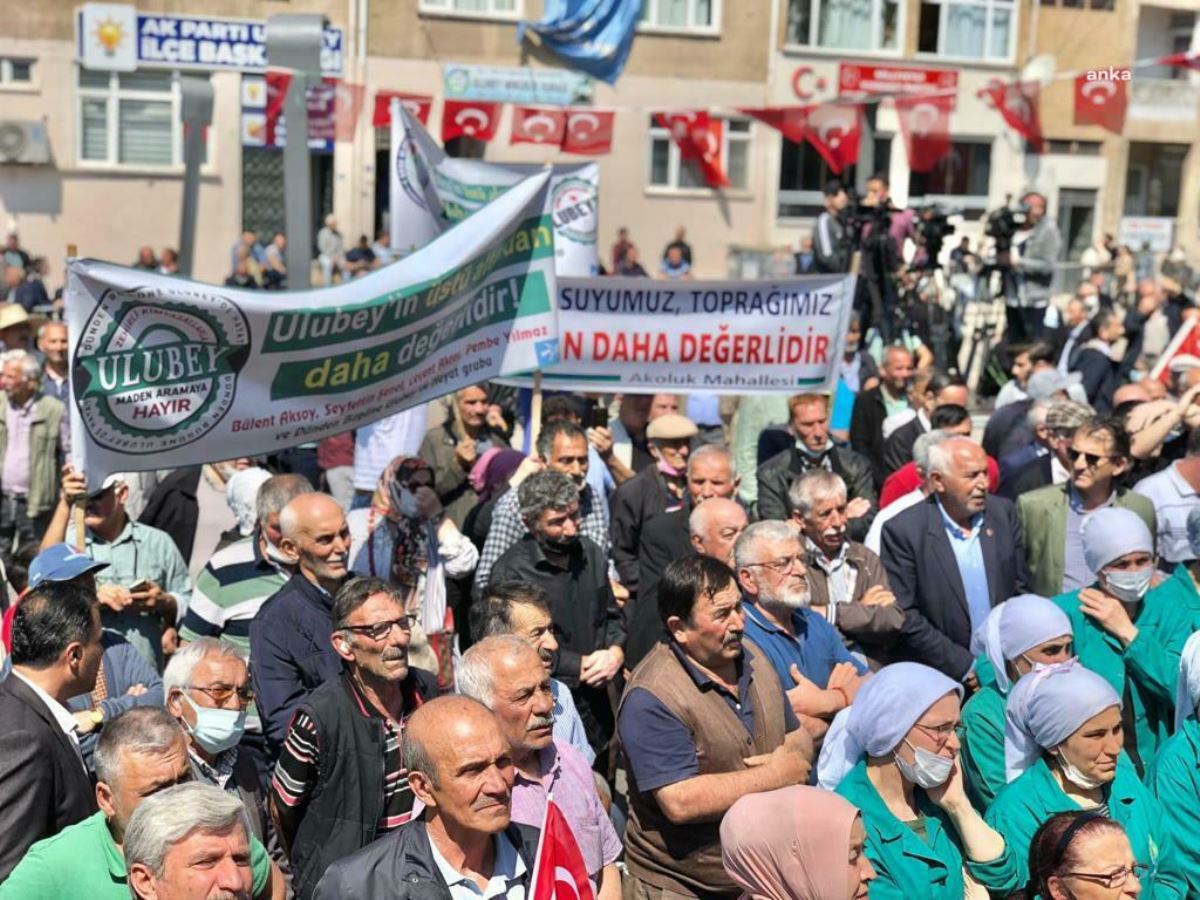 Kılıçdaroğlu: This country has no tolerance for injustice anymore