TEKNOFEST youth will put their signature to local works

With the 7th Türksat Model Satellite Competition organized within the scope of TEKNOFEST, the young generation space will put its signature on the homeland with “domestic and national products”. Minister of Transport and Infrastructure Adil Karaismailoğlu drew attention to the value of the Model Satellite Race organized by Türksat.

ANKARA (IGFA) – Minister of Transport and Infrastructure Adil Karaismailoğlu addressed the participants at the 7th Türksat Model Satellite Competition held within the scope of TEKNOFEST, the world’s largest aviation, space and technology festival.

Minister Karaismailoğlu, “The national technology breakthrough, enabling us to share our vision with millions, TEKNOFEST has managed to win the attention of our young people, in particular, and said, “The voice of Turkey, which works with all its might to have all the equipment required by the age in the technological sense, plans every step and advances to the future with the aim of becoming a global player. We have announced it to the whole world. We have great goals for which we have prepared the infrastructure. We aimed to become a global producer and export country worldwide with the national works we produce by developing our domestic industry. With the AK Party government, the costs of Anatolia, which has sunk into oblivion since 2002, have become stronger, the concept of nationality And it got its share from this strengthening,” he said.

Stating that they have increased their domestic and national production and capabilities in every area of ​​responsiveness, from bridges built by the Ministry of Transport and Infrastructure, to communication satellites sent to space, Minister Karaismailoğlu said, “It reinforces Turkey’s independence, creates new job opportunities for you, and rapidly on the way to the technology exporting country. recorded their rise.

Noting that many competitors in the competition processes have declared their will in the Space and Aviation sector with the companies they have established, Minister Karaismailoğlu said, “For example, the Grizu-263 group from Zonguldak Bülent Ecevit University designed a pocket satellite and placed their satellites in low orbit in January 2022.”

Congratulating the young people, Karaismailoğlu said that it was seen with the successes gained both in the country and in the international arena. 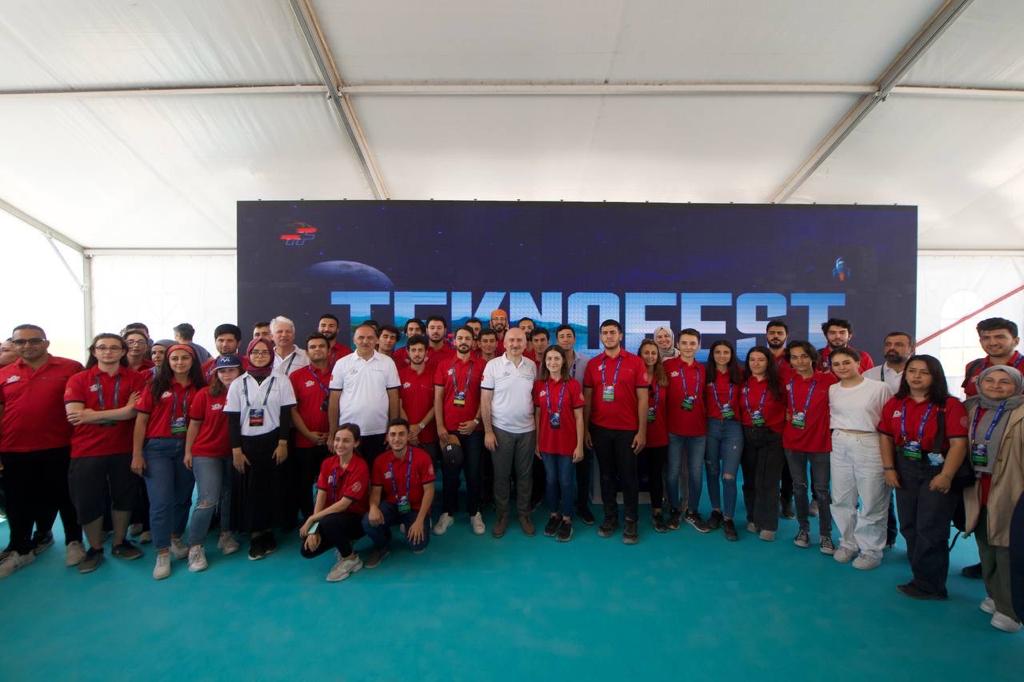 Noting that they have raised Turkey to a level where it can develop, manufacture and test its own satellites, Karaismailoğlu reminded that they sent Türksat 3A into space in 2008, Türksat 4A in 2014, and Türksat 4B in 2015. He pointed out that Türksat 5A and Türksat 5B also reached their orbits within the last year. Karaismailoğlu said that in this way, it was settled in the middle of rare countries that put 2 communication satellites into operation in a year.

Minister of Transport and Infrastructure Karaismailoğlu said, “We aimed to launch our first domestic and national communication satellite Türksat 6A, which is still under production at the Space Systems Integration and Test Center at TAI Facilities, into space in 2023. Thus, Turkey is one “We are taking firm steps forward on our roadmap to protect our country’s rights and interests in space,” he said.

SOGEP support of 10.5 million liras to the South Aegean