BURSA (IGFA) – The storm and heavy rain that occurred at around 15.00 in Bursa had a negative impact on life.

Intercity Bus Terminal collapsed! Many buses and passengers were held hostage at the scene. 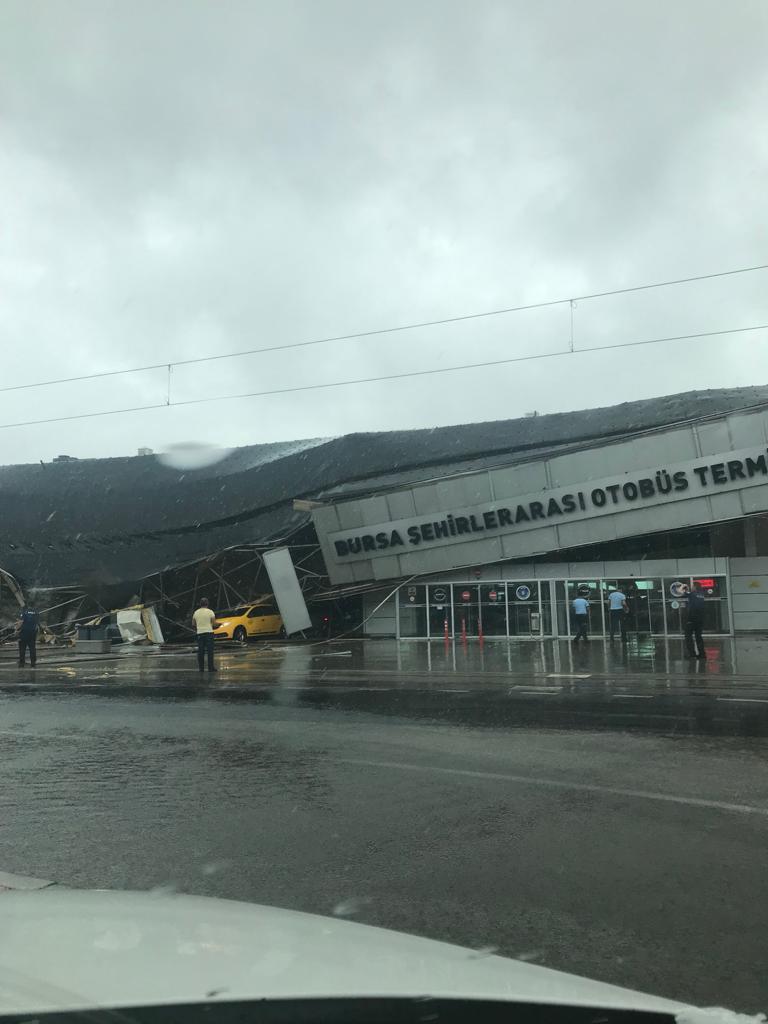 Bursa Metropolitan Municipality Leader Alinur Aktaş shared on her social media account, “Due to the storm in some parts of our city, the roof on the northern façade of the Intercity Bus Terminal collapsed, and thanks to the immediate intervention of our groups, none of our citizens were harmed. My Lord. may he protect him from the worst.” 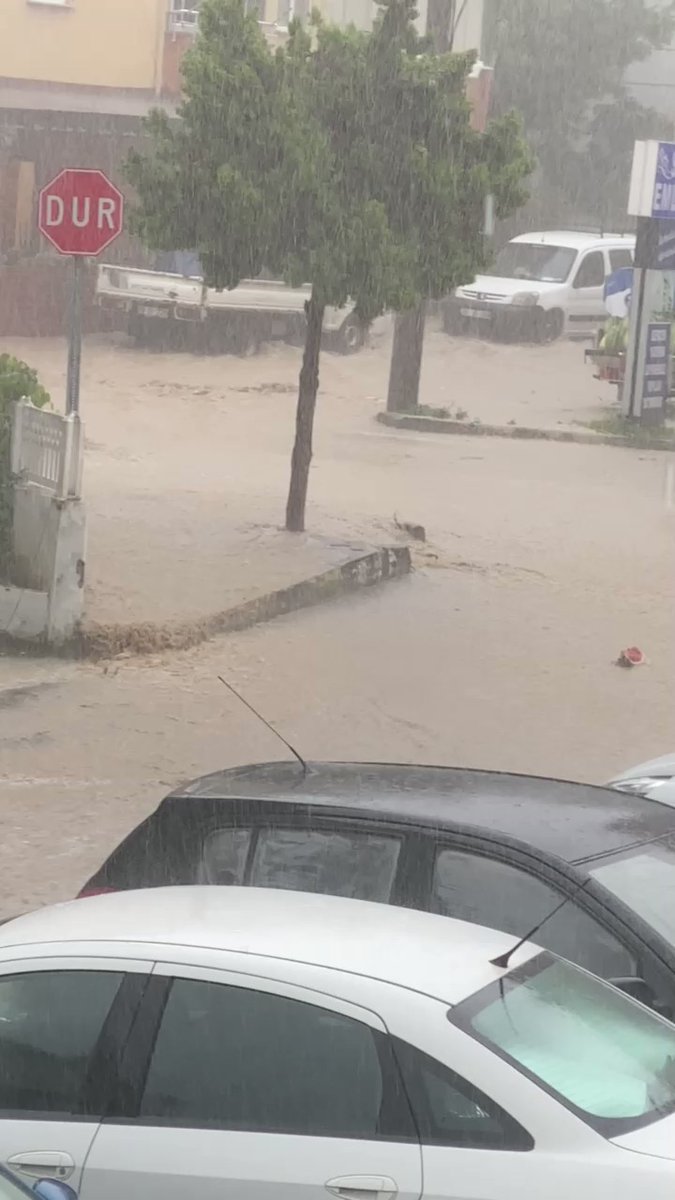 In this middle, Mudanya was almost covered with mud due to the heavy rain and floods that lasted for about 30 minutes. While puddles were formed on the main streets and streets of the district, streams overflowed and manholes burst due to heavy rainfall.

As the retaining wall of a site collapsed in Halitpaşa Mahallesi, piles of rubble entered the dwellings in the lower site.

The Çınarlı Stream, which passes through Yeni Mahalle on Işıklı Road with the waters rising from the Çepni Mountains, overflowed again. The places on the banks of the stream, the gardens and Bursa-Mudanya Asphalt were flooded. Traffic soon stopped. 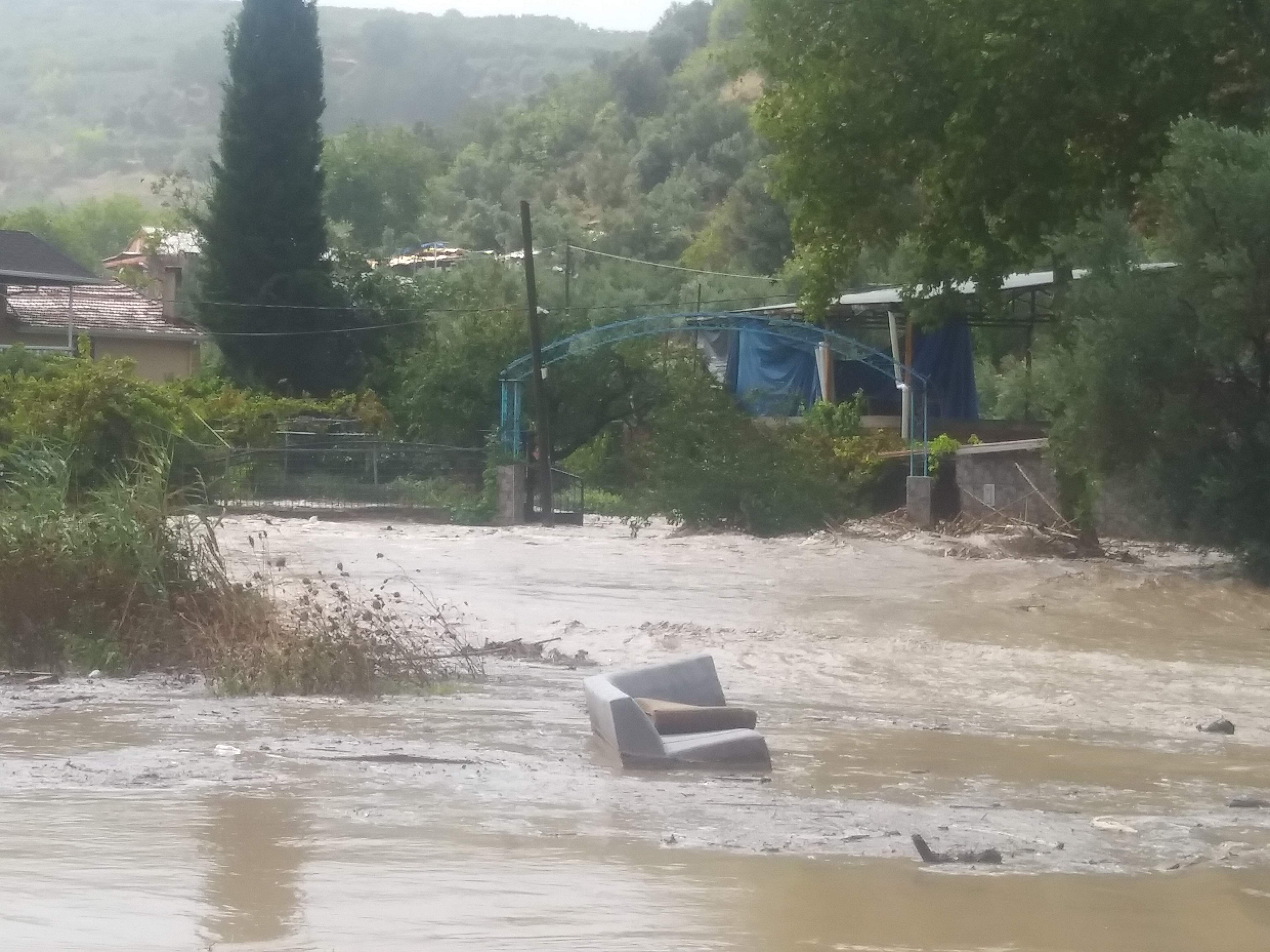 On the arrival side from Bursa to Mudanya, the traffic was given to the district by the side road of the Prysmian Factory. The direction from Mudanya to Bursa was given to the main road from Yeni Mahalle by passing through the Işıklı village road over the Cemetery upper road. BUSKI continues to work in the region.

Many workplaces in the district center and the warehouses of the Courthouse flooded. AFAD, Metropolitan Municipality Fire Department and BUSKİ and other units were sent to the region.

World writer Aktaş: The fuel prices used in the calculation by TurkStat are below the price announced by EMRA