Statement from Çavuşoğlu and Blinken before the meeting

Foreign Minister Mevlüt Çavuşoğlu met with US Secretary of State Antony Blinken at the United Nations Headquarters. Before the meeting, Çavuşoğlu and Blinken made statements.

Stating that they will focus on bilateral talks and discuss the resolution of disputes with the USA through dialogue and diplomacy, Çavuşoğlu said that Turkey aims to increase the trade volume with the USA to 100 billion dollars.

Çavuşoğlu, on Russia’s war against Ukraine, said, “Russia’s attack on Ukraine once again showed that Turkey and the United States should cooperate more properly as friends and alliances. This is not just ours. It is also the expectation of our friends and allies in our region and beyond.” made its assessment.

“Turkey supports NATO’s open-door policy even before this war begins. The possible NATO membership of these two countries.” “We also have legal concerns about their membership. They support terrorist organizations. There are also restrictions on the export of defense artifacts. We explained our concerns, I spoke to both of my colleagues in Berlin. We understand the security concerns, and Turkey’s security concerns should also be met.” 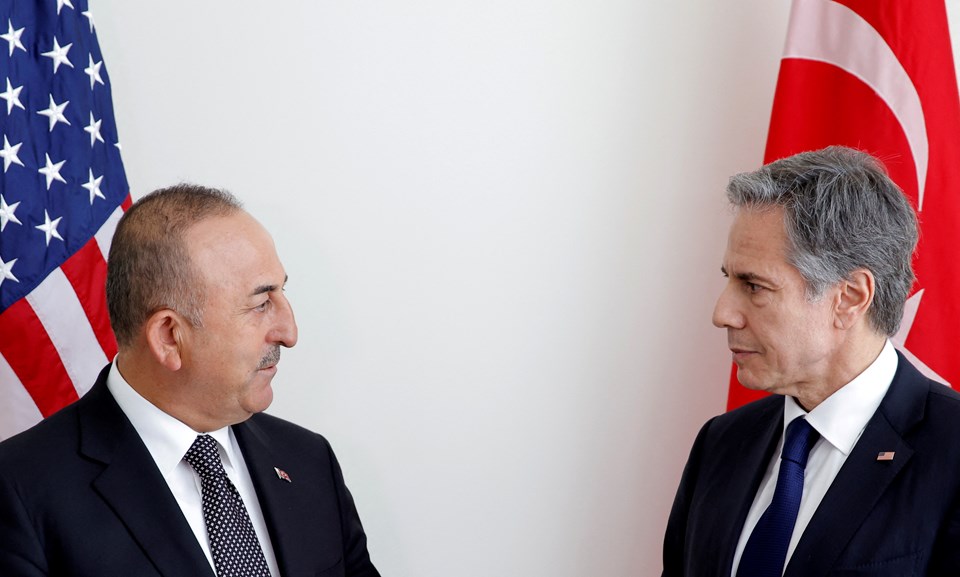 THANKS TO TURKEY ON UKRAINE

US Secretary of State Antony Blinken, Drawing Ukraine attention to the solidarity shown by the USA and Turkey in the issue of reinforcements, “The USA, Turkey and all our allies showed their support to Ukraine resolutely.” said.

US Secretary of State Blinken made a brief statement to the press and evaluated the agenda before his bilateral meeting with Foreign Minister Mevlüt Çavuşoğlu at the United Nations (UN) building in New York.

Blinken, noting that Sweden and Finland have applied to become members of NATO, said, “This is a process and we will operate this process as allies and partners.” he said.

Stating that there are many topics in the common agenda, including Russia’s attack on Ukraine, Blinken said, “The USA, Turkey and all our allies have shown their support to Ukraine resolutely. We want Russia’s attacks to end. In this process, Turkey We are grateful for the solidarity shown by . used the terms.

Blinken also mentioned that bilateral political and economic relations, global food security and other regional and international issues will be on the table.

How much is ground beef, cubed meat, chicken? Will there be a new increase in red and white meat?