The Scottish government wants to hold an independence referendum on 19 October 2023.

The Scottish National Party (SNP) argues that although the Scots rejected independence with 55 percent in the 2014 referendum, Brexit changed the situation and a new referendum is needed.

The Prime Minister of the Scottish regional government, Sturgeon, in his speech on the referendum roadmap in the Scottish Parliament, put his thesis on how and why a second independence referendum should be held.

Sturgeon said the British Conservative Party government had “disengaged Scotland against their will”, adding that a number of independent countries across Europe, comparable to Scotland, showed stronger economic and social performance.

Sturgeon, leader of the Scottish National Party (SNP), said the referendum issue had to be “democratically resolved” with the British government, saying they were “ready and willing” to negotiate the rules for holding a second independence referendum with the central government .

Sturgeon stated that he would write a letter to British Prime Minister Boris Johnson for his official approval and said, “What I will never do is to allow Scottish democracy to be a prisoner of Boris Johnson or any British prime minister.” he said.

Noting that Scottish democracy “cannot be suppressed” and that the problem must be “democratically resolved”, the Scottish Prime Minister said the two sides “must come to a meeting and lay out the legal basis of the referendum beyond any doubt”.

Sturgeon stated that they will hold a consultative referendum on October 19, 2023, that the bill for this has been submitted to the parliament, and in the voting, “Should Scotland be an independent country?” He said he would be asked.

Sturgeon said that the referendum must be “legal” and that it is non-negotiable, and that a referendum that can be held without the approval of the central government will be applied to the Supreme Court to determine its legality.

Sturgeon said that if the court decides that the Scottish Parliament does not have the power to hold a referendum, the next general election will be a “de facto referendum”.

The Scottish Prime Minister stated that if the court decides in favor, they will enact the relevant bill presented today. 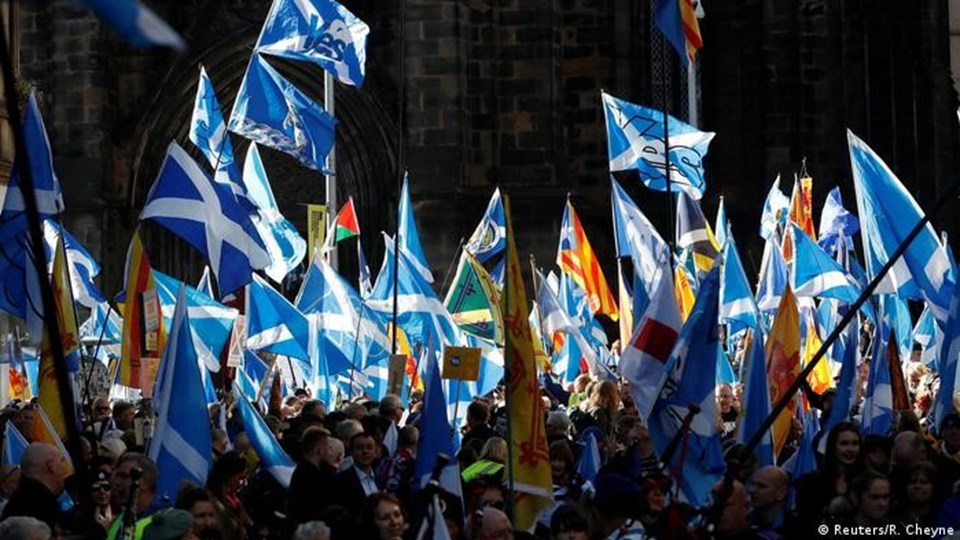 Although the Scots rejected independence with 55 percent in the 2014 referendum, the SNP argues that Brexit has changed the situation and a new referendum is needed.

Contrary to the British in the Brexit referendum, the Scots, who voted against 62 percent, state that they were unwillingly expelled from the EU.

Permission from the British Parliament is required to hold a new independence referendum. It seems impossible to get such permission from the 650-member parliament, where the Conservative Party led by Johnson holds the majority.

For this reason, it is being priced that pro-independence advocates can try alternative ways. One of these options is to go to court against the law that makes it necessary to get permission from the British Parliament.

World music in 7 languages ​​at the International Bursa Festival

Flood warning from meteorology to the Black Sea