In his speech, EU Council Leader Charles Michel said, “Dear Ambassador of the Russian Federation, let’s be honest. “The Kremlin is using its food resources as an internal missile against developing countries,” he said. Ambassador Nebenzya, in his speech at the meeting, accused Ukraine of selling aid weapons on the black market.

The Leader of the Council of the United States meeting accused Russia at the Security Council held yesterday at the UN Building in New York, USA, of using its food resources as an internal missile. During the speech, Vassili Nebenzya, the Russian Ambassador to the United Nations, left the meeting. Michel commented, “Mr. Ambassador, you can leave the meeting, it is probably easier than listening to the facts”.

“RUSSIA IS ALONE RESPONSIBLE FOR THE CRISIS”

EU Council Leader Michel said “Dear Ambassador of the Russian Federation, let’s be honest. The Kremlin is using its food resources as an unknown missile against developing countries. The dramatic consequences of the war with Russia are spreading all over the world. This increases food prices, pushes people into poverty and destabilizes entire regions. Russia alone is responsible for this food crisis, Russia alone. Despite the Kremlin’s bullshit and disinformation campaign. I saw it with my own eyes. “A few weeks ago in Odessa, millions of tons of grain and wheat were trapped in containers and ships due to Russian warships in the Black Sea and Russia’s attack on transport infrastructure,” he said. 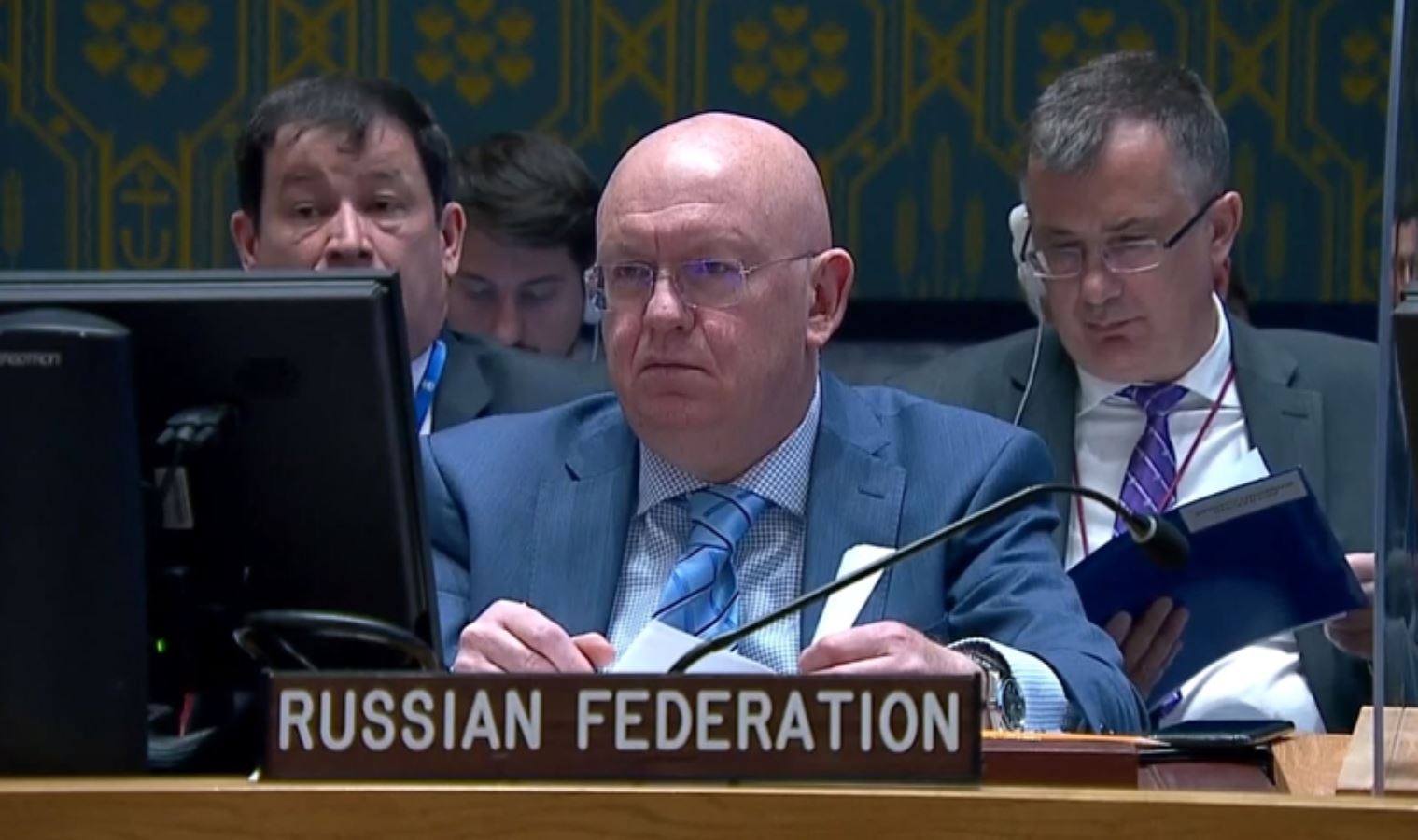 “WE HAVE NOTED THE PLANS TO PROVIDE LONG RANGE WEAPONS”

Speaking at the Security Council, Russia’s UN Ambassador Vassili Nebenzya drew attention to the long-range artillery and rocket launch ammunition sent to Ukraine and said, “We took note of the US and UK’s plans to provide long-range artillery and multiple rocket launch systems to Ukraine. Let me draw your attention to the fact that Kyiv interprets this as a clear mandate to continue bombing civilian facilities in the Donbas, where the Ukrainian artillery is no longer out of reach after a number of recent defeats, leaving aside the little convincing logic behind such a move.”

“HELP WEAPONS ARE SOLD ON THE BLACK MARKET”

In his speech, Ambassador Nebenzya claimed that the weapons sent to Ukraine were sold on the black market and said, “Moreover, I cannot fail to mention that the weapons delivered from the USA and Europe are almost openly bought and sold on the Ukrainian black market due to the widely known off-scale corruption of the Ukrainian authorities. An easy internet search will show the American Stingers being offered for $7,000 each and the Javelins for $30,000.”