Published in the Official Gazette… Mufti of 10 provinces changed

With the presidential appointment decision, 1 provincial mufti was dismissed and 7 provincial muftis were replaced, while the mufti of 3 provinces was appointed with the signature of President Recep Tayyip Erdoğan.

ANKARA (IGFA) – According to the decision published with the signature of President Recep Tayyip Erdoğan, Bartın Mufti Abdülcelil Çakar has been dismissed.

The muftis of the 7 provinces who were relocated were as follows: 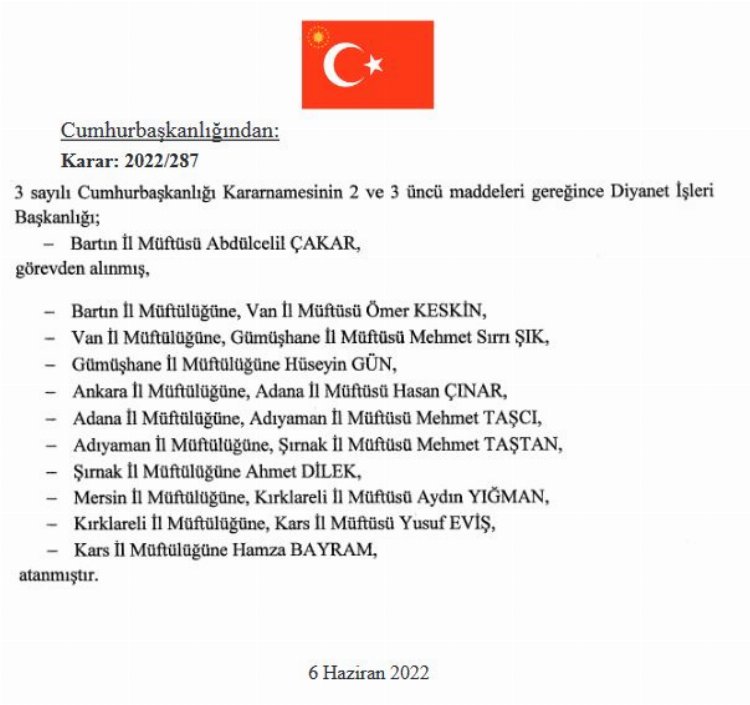 The first pilgrimage caravan was sent off with prayers