Provincial leaders of the CHP in the Marmara Region met in Bursa, Mudanya

The provincial leaders of the CHP, who had previously been in Balikesir, Istanbul, and Tekirdag, met this time in Bursa.

BURSA (IGFA) – Under the coordination of CHP Bursa Provincial Leader İsmet Karaca, along with the Marmara Region Provincial Leaders, a crowd came to the fore in the Tirilye District of Mudanya.

During the meeting in the Tirilye District of Mudanya, Mudanya Municipality Leader Hayri Türkyılmaz gave information to the provincial leaders about the works of the local administration.

Bursa Provincial Leader İsmet Karaca, who stated that as the CHP, took firm steps towards power, noted that they talked about the policies that we wanted to realize as a party with the provincial leaders in the Marmara Region, and that they exchanged ideas abundantly. 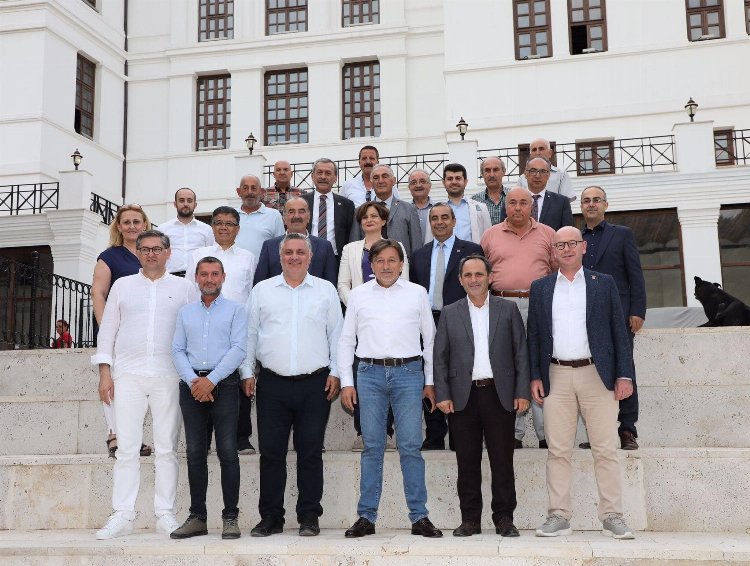 Sakarya Provincial Leader Ecevit Keleş, who made the meeting expensive, noted that Turkey is on the verge of a great abyss due to the policies that the government cannot implement and said, “We have problems in many issues from health, education, domestic politics, justice, foreign policy, social life, economy to merit. Our people are devastated. He said: “We have not given up, we will not give up. We will develop our country with many new projects we will implement,” he said.

After the meeting, the Provincial Leaders also examined the historical Taş Mektep, which was repaired by the Mudanya Municipality with the resources of the Bursa Governorship. The leaders also chatted with the citizens on the streets of the neighborhood.