Although Öküzgözü grape is grown in many regions, its main source is Elazig. Wines made from a mixture of coarse-grained oxeye grapes and Boğazkere grapes have gained their deserved place in recent years. The agreement made by Hasan Arpa from Koruk Village, who is a wholesaler in Elazig Market, in the grape collection business changed the fate of Koruk village. With the price monopoly of private companies, the village also gained a wine factory.

After the 1980 coup, Hayri Arpa spent many years in prison, like many young people in the village. He assisted his family in planting and harvesting vineyards when he was released from prison. The idea of ​​establishing a wine factory in the village occurred to him in 2007 and he started to do research. He took action against the private companies imposing their own prices on the producer and applied to the Provincial Directorate of Agriculture. And three times. Finally, when he applied for the fourth time in 2010, he got “accepted”.

“THE HIGHEST QUALITY IS IN KUZOVA”

The old revolutionary of the village has now become the winemaker of the village. Of course, when he said old, he did not give up his political stance. Barley tells the story of establishing the factory as follows: “Viticulture started to become widespread in Kuzova and our village when my father, who was a brokerage in the form of vegetables in Elazig, agreed with a company and started to collect grapes on their behalf . People who could no longer use grapes other than fruit pulp, orcik (walnut sausage made from fruit pulp) and grape sherbet started to produce them for wine. Firms began to play the role of full buyers as the yield of artifacts increased. They created a price monopoly in their midst and imposed it on the peasants. There are 15,000 acres of vineyards in Kuzova, which includes 48 villages and over 20 hamlets. Öküzgözü grapes are produced in every region of Elazig, but the best quality is in our Kuzova. Because this region has another air conditioner. The breeze coming from the Munzurs also licked the Keban dam waters, creating a suitable environment for viticulture. Wine production was a very big commercial activity in Elazig during the Ottoman period. One million 800 liters of wine are produced annually. Especially the wines produced by Armenians are exported to America. Ox-eye gets a medal in Chicago in those years.” 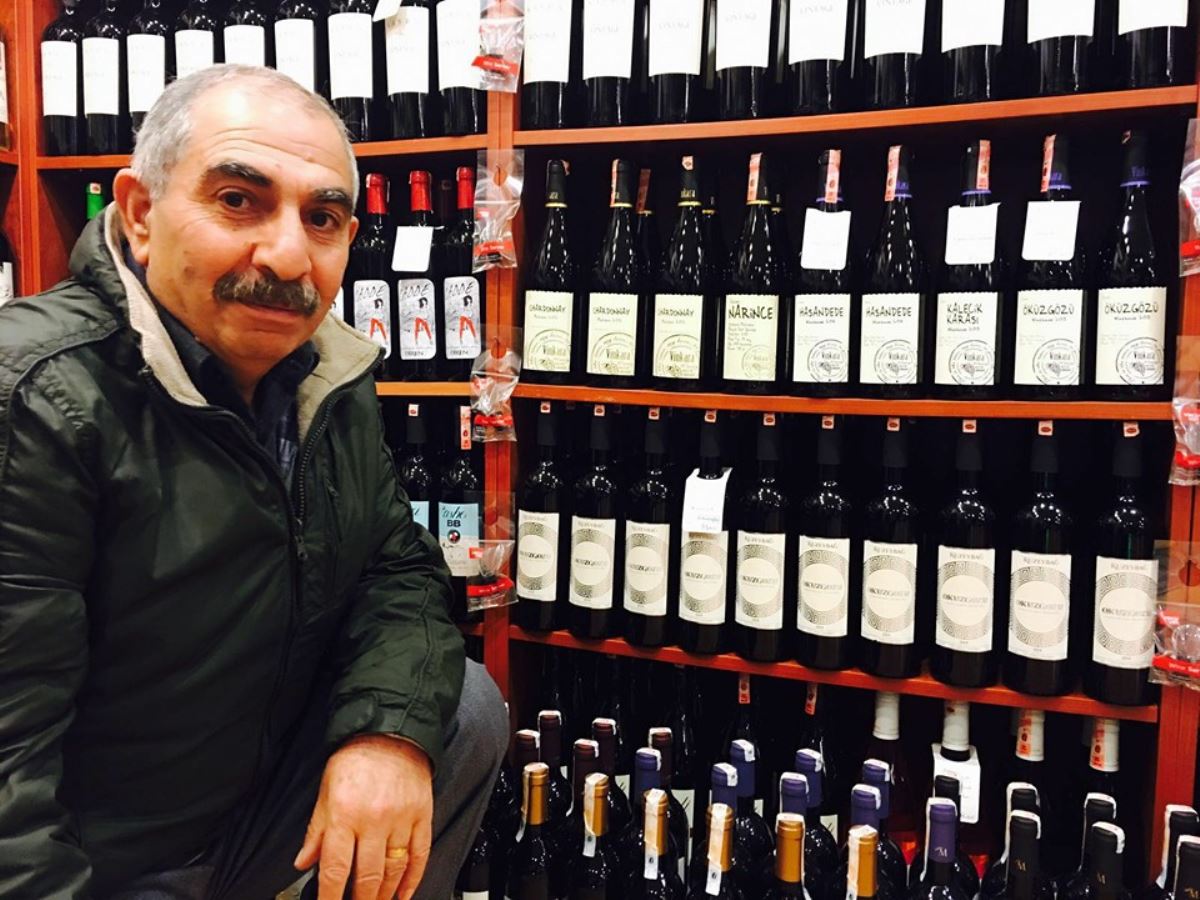 “WORLD DID NOT KNOW”

Establishing the factory in 2010, Barley starts production a year later. He states that he did not receive private consultancy, but based on both capital and information from his friends. When a wine factory was established in the village, the villager’s hand was strengthened against private companies, as an important competitive environment was created between them and private companies. Barley, which first produced products for the market with the name of the region, then started to use different brands. Initially known locally, his wines were paved in terms of marketing when he won the silver medal in the “Gustobar” competition in Istanbul in 2017. He manages to sell all of that year’s production. Stating that their motivation increased with this success, Arpa says: “After 2019, we started working with an Italian woman named Tina. oonologist My daughter, who was a food engineer at that time, also gave her doctorate thesis on Kösetevek grapes. At some point, Kösetevek was introduced to the world literature. There was a grape variety called Kösetevek and it belonged to Koruk village and its surroundings. But the world did not know this. It was only known as the ox-eye version. Thesis went one step further when it was published in English. This year’s ökzgözü grape was also very suitable. Koseteveks tasted much nicer. We joined the Gustobar race again in 2021. We didn’t get a random medal, but the reactions were very positive. We met hundreds of people. Visitors to our stand said, “We know this. They said, ‘It’s a nice wine.’

“In the old days, they only bought works from us in the name of İnhisar. Different buyers came to the area. Later, other clusters became buyers. When buying grapes from the peasants, they formed a monopoly by agreeing to give low prices, not so much bargaining or supply-demand stability. The peasant was helpless. Because if the grape is not evaluated within 15 days, it remains in your hands. You don’t have a chance to keep it like walnuts and almonds. For this reason, the manufacturer was obliged to the incoming companies. Due to this, periodical difficulties were also experienced. It is normal that there are problems with the power. He doesn’t want winemaking. Wine producers with high taxes cannot sell all of them in the country if they do not have export contacts. When they turned to the Chinese and European markets, they concentrated a little more. I started to establish this facility with the aim of creating a small alternative to these. If we grow in the future, I rolled up my sleeves to compete with them. I was thinking that our villagers should determine the price of grapes. Because we were the ones who produced it.”