President Recep Tayyip Erdoğan announced on December 3, 2021 and said, “This is how China has grown. The Chinese model, which he said, “We will get the fruits in six months,” shook the economy sadly. In the sixth month of the model, inflation and current account deficit exploded, and the interest rate, which was reduced to 14 percent, actually reached 30 percent.

In December, Turkey declared that it had entered a new path by appointing Nureddin Nebati to replace Naci Ağbal as the Ministry of Treasury and Finance. In his speech on 3 December, President Recep Tayyip Erdoğan, who announced that he would switch to the Chinese model, described this model as follows:

“We started the ‘new era in economy’ in order to grow Turkey with production and get it out of the interest grip. We anticipate a six-month period. We chose the tough one, but after six months we will eat the fruits, that’s how China has grown. The welfare level of our citizens will increase and their purchasing power will increase. Our current account deficit will be closed. We will be an industrial country with low interest rates and high interests.”

After six months, the numbers prove the model’s bankruptcy. The current account deficit, which is called to be closed, increased from $3.84 billion to $5.55 billion. Purchasing power, which is said to increase, gradually eroded, with official inflation of 73 percent, the base price exceeded the end of hunger in the second month of the year. While citizens were crushing each other for olive oil, sugar started to be sold with a quota, tomatoes went up to 35 liras. 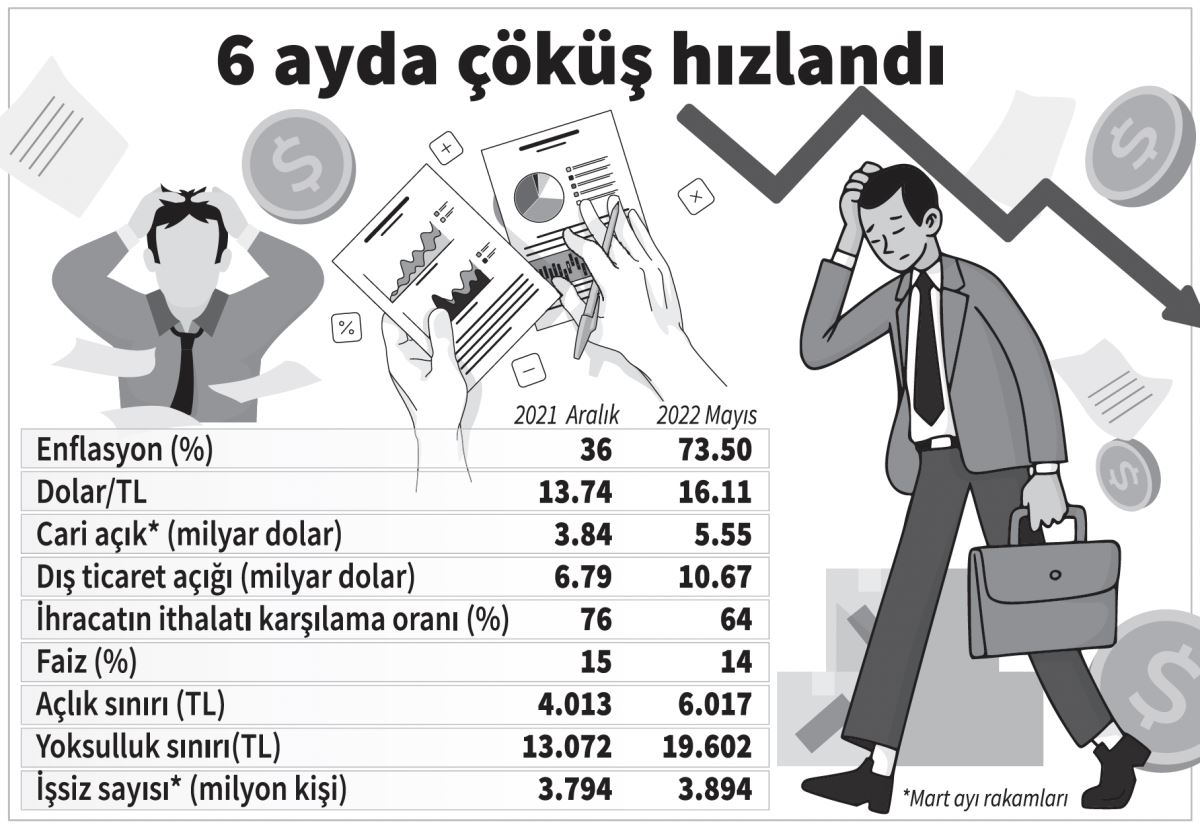 RESULTS ARE NOT A SURPRISE

Saying that the applied Chinese model does not work despite all his warnings, Economist Dr. Artunc Kocabalkan said:

– That’s no surprise. Currently, we have both a budget deficit and a foreign trade deficit. In order to move to the Chinese model, it is necessary to adapt the administrative model to it.

– In a country with such a foreign exchange deficit, if you do not strive for inflation, no model will actually work. While preserving its own model, China ensures price stability first.

– Today, our treasury minister says that there is no reform, everything can be explained after a cabinet meeting. He admits that they cannot manage expectations in inflation.