Population declining and aging in Greece

According to the information compiled from the research report “The Contribution of Foreigners to the Natural Stability of Greece (2009-2020)” jointly published by Vironas Kocazamanis, Lecturer at the University of Thessaly, and Anastasia Kostaki, Lecturer at the University of Athens, Since 2010, the number of deaths per year is higher than the number of births. population is declining.

While the number of foreigners living in the country was 200 thousand in 1991, it is estimated that this number, which has increased rapidly in the last 30 years, has reached approximately 900 thousand in the current situation.

In the study, in which the death and birth rates for the 2004-2020 period were graphed, it is stated that the death rate of the Greek population in the country was higher than the birth rate, and the opposite picture emerged in the foreign population .

For the citizens of foreign countries, where the average age and birth rate is higher than that of Greek citizens, the report said, “The contribution of foreigners was quite valuable. Thanks to the higher birth rate against the death rate, they ended the decline in the population.” phrase is included. 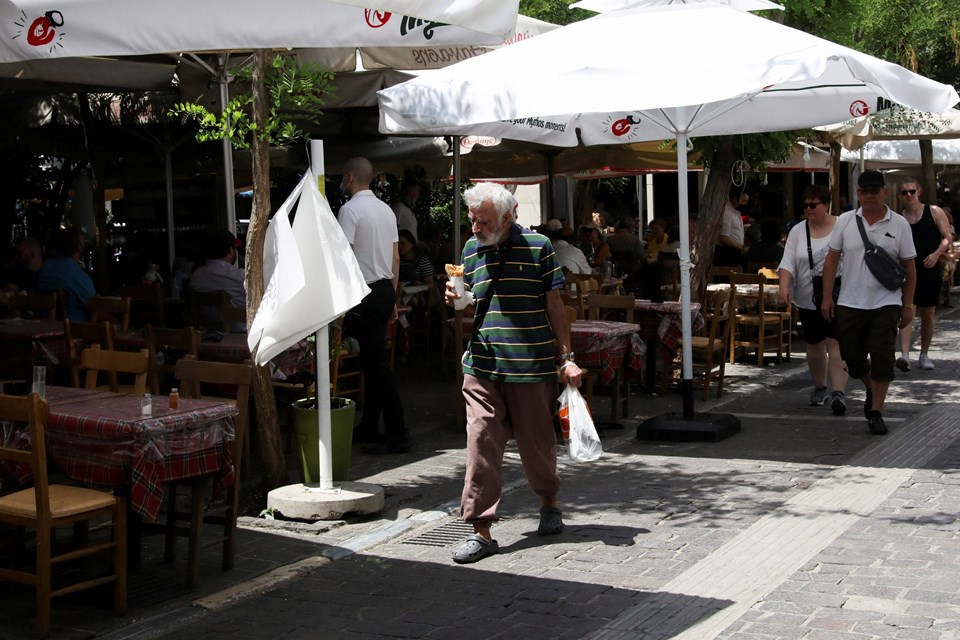 Greek Prime Minister Kiryakos Mitsotakis, in his speech at the conference on “Demography – The Big Problem” in June, touched on the problems that the shrinking of the population may cause on the pension system and shared data from the researches on this subject.

Miçotakis stated that it is not a coincidence that experts lichen the demographic problem to a “time bomb” and said, “His chronometer is a bomb that we must deactivate in a timely manner, with methodical movements that move fast and that justified haste will turn into purpose-driven initiative.” he said.

Emphasizing that similar problems are experienced not only in Greece, but in almost all European countries, Miçotakis said, “According to the recent research I read by DiaNEOsis, demographics ranks first among the threats that our country may face in the long run. It is ahead of the Turkish-Greek problems and the economy.” he said she.

Emphasizing that the number of economically active citizens has decreased, Mitsotakis stated that the aging of the population may have negative consequences on social security and health systems.

IN GREECE, WOMEN’S FIRST AVERAGE AGE OF BEING A CHILD is 31

Noting that the Greek population decreased by approximately 450 thousand in the ten years after 2011, Miçotakis said that while most of this was due to the difference in the number of deaths and births, some of it was due to the brain drain during the economic crisis .

While sharing information about the demographic problem in the country, Mitsotakis said:

Mitsotakis stated that if no measures are taken, the population of Greece may decrease below 9 million in 2050 and that one out of every three people will be over the age of 65, and that the state should develop a multilateral and positive approach to this issue .

Mitsotakis emphasized that systematic immigrants can also be a part of the analysis for the problems of manpower requirement and population shrinkage in the production process in the country.

According to the general population information published by the Greek Statistical Institute (ELSTAT) in 2011, the permanent population in the country is 10 million 816 thousand 286. The average age of the population, 51 percent of which is female, is 41.9.

More than half of the foreigners living in the country are of Albanian origin, while the other foreigners are mostly of Bulgarian, Romanian, Pakistani and Georgian origin.

The average life expectancy in Greece is 82.

The Future Party hosted the 6-way table in Rize