The General Directorate of Security shared the ‘bot account’ report, which it prepared by examining the labels that are on the agenda in the social media, with the public.

ANKARA (IGFA) – The General Directorate of Security, which made a written press statement about the accounts that engage the country’s agenda via social media and carry out perception operations, examined 10 hashtags in Turkey.

In the written statement made by the Directorate, it was underlined that today social networks have turned into valuable tools through which social movements are planned, organized, initiated and managed, while contributing to the formation of public opinion. 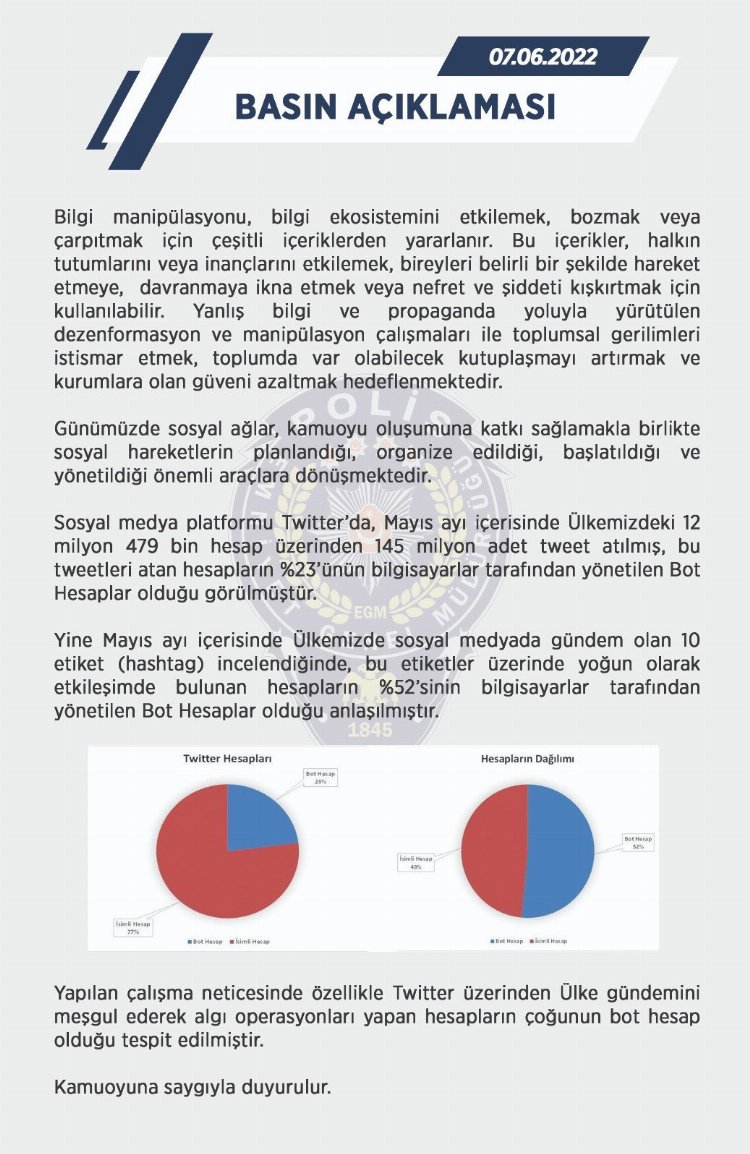 THY named “Turkey’s most expensive brand”