Minister of Culture and Tourism Mehmet Nuri Ersoy, Türk Telekom Executive Council Leader Ömer Fatih Sayan and many guests hosted the gala night hosted by Türk Telekom CEO Ümit Önal, with the special performance of the Istanbul State Symphony Orchestra. was the stage for his performance.

Türk Telekom CEO Ümit Önal, who made the opening speech of the gala, said that they are excited to put their knowledge in the field of high technology into the service of national culture with this long-term foundation that will last 7 years. Stating that they have adopted the approach of transforming technology into convenience and benefit and making everyone they come in contact with feel worthwhile, Önal said that they are working to make AKM a center where people of all ages and all walks of life will enjoy, in which we integrate our applications that will make life easier for the visually and hearing-impaired, as well as our valuable technology support. . 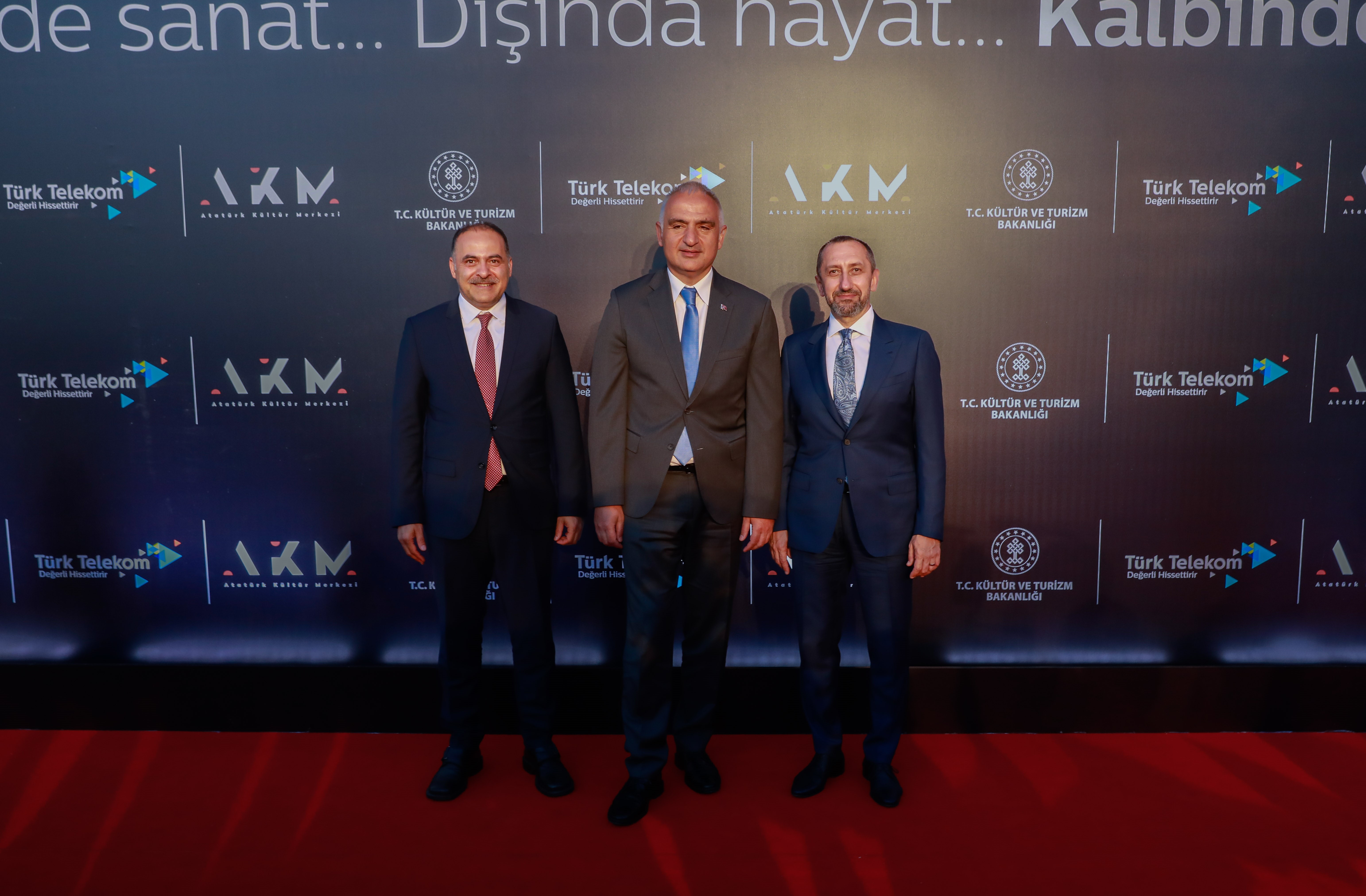 Istanbul Symphony Orchestra’s Türk Telekom Special Performance, art lovers listened to the repertoire consisting of 12 modules with admiration. To the orchestra directed by the conductor Hasan Tura; Accompanied by Dilek Türkan, Cengiz Özkan, Görkem Ezgi Yıldırım and Mazhar Alanson. The concert held in Türk Telekom Opera Hall, which was designed to achieve the most adequate natural acoustics as a result of physical, technical and architectural analyzes, was highly appreciated by the audience.

The digital art show, created with innovative stage and light design, reflected throughout the hall, also marked the night before the gala and during the orchestra performance. For the first time in Turkey, a symphony orchestra performance was blended with digital content, while the digital show accompanying the symphony performed by a 70-person orchestra, 40-person choir and 4 soloists in the iconic architecture of Türk Telekom Opera Hall gave the audience a privileged experience. the show that brings the digital world together with the performing arts; It was inspired by the stories of 12 works performed by the orchestra.

Türk Telekom continues to contribute to AKM’s mission of becoming a more accessible center, in addition to art and technology. Türk Telekom’s application ‘Voice Steps’, which aims to make life easier for the visually and hearing impaired, will soon be used in Atatürk Cultural Center as well.

While Türk Telekom prepares all Wi-Fi touch points in Atatürk Cultural Center and Beyoğlu Cultural Road and the domestic 5G infrastructure it has developed together with its stakeholders, visitors will stay in touch with end-to-end telecommunication services . AKM visitors will have the opportunity to spend time in Türk Telekom’s private hospitality area (Türk Telekom Lounge).

The ‘robotcafe’, which will operate within the Atatürk Cultural Center, will provide pleasant moments for all visitors. Türk Telekom will offer events, workshops and events as well as privileges for art lovers at AKM and Beyoğlu Culture Road

Word of mouth harassment from Mehmet Ali Erbil to Melike Öcalan on stage: ‘I couldn’t touch you’

Experimental Workshops are waiting for their students in 81 provinces