TOKİ’s balance sheet and final accounts for 2019 and 2020 were discussed at the Parliamentary Public Economic Enterprises (SOE) Committee.

In his presentation to the commission, TOKİ Leader Ömer Bulut stated that 1 million 100 thousand houses have been reached by TOKİ in line with the aim of “housing for all”, “humane life” and “economically accessible housing”. , with its national gardens, social equipment and overseas practices, a social housing model, which is taken as an example by the whole world, has been put forward.

Cloud stated that despite the epidemic and economic crises in the world, in the last three years, approximately 213,000 residential social equipment based on qualified and horizontal architecture has been brought to the cities, and 137 thousand houses have been delivered.

Underlining that the concept of neighborhood and neighborhood is based on horizontal architecture, Bulut said that housing projects are developed in terms of technique and design by giving weight to quality production.

Bulut stated that they attach importance to power efficiency, climate sensitivity and the use of ecological building materials in housing production. 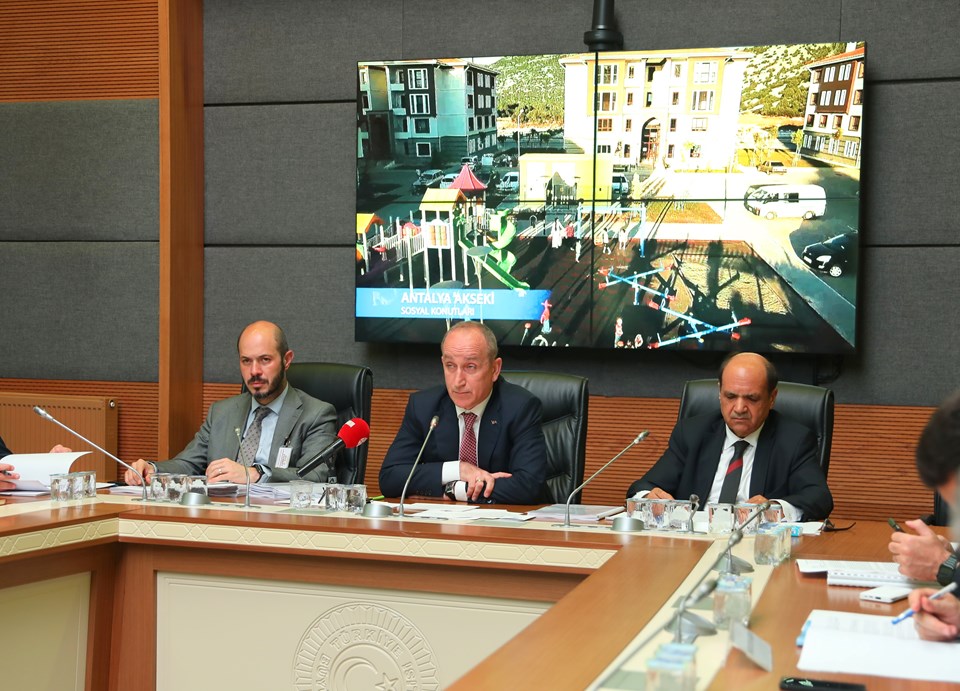 “A total of 144 thousand residences, other buildings and equipment are still under construction at 775 construction sites, and approximately 70 thousand individuals are employed.

In 2021, TOKİ’s share in first-hand house sales throughout Turkey was increased to 13.8 percent for the first time, and the annual housing production scale, which was 50 thousand, increased to an average of 71 thousand.

Regardless of the housing costs in the market, subsidies of up to 20 percent and 30 percent were made to facilitate the purchase of housing for our citizens, and it was ensured that they became homeowners with maturities of 120, 180 and even 240 months, starting with a 10 percent down payment.

A discount campaign was organized in the middle of March 22-April 19 for our citizens who bought residences and workplaces in installations from our administration, and a discount of 22 percent was given to those who closed their debt balances in advance, and positive responses were given to the demands of our citizens on this issue.

INVEST IN EVERY FIELD

Stating that they have developed valuable projects in the production of service buildings and social equipment such as education, health, security and sports that the public needs and put them into service, Bulut said, “In this context, 1,389 schools, 269 hospitals, 215 student dormitories, 22 university buildings, 997 gymnasiums, 99 A total of 26,134 social facilities, including a health center, 2,113 commercial units, 19 stadiums, and 912 mosques, have been reached.

TOKİ Leader Ömer Bulut emphasized that maximum efforts were made to meet the housing needs of the citizens with the housing projects, which were started to heal the wounds caused by earthquakes, floods and fires, and most of them were completed and delivered in a short time .

Omer Bulut; He said that 40 thousand residences and village dwellings, 1,900 workplaces, 2 thousand 200 barns and social facilities were built in Elazig, Malatya, Izmir, Giresun, Rize, Sinop, Bartın, Antalya and Muğla, and some of them are still in progress.

Stating that the deliveries of the houses continue in stages in the provinces where disasters occurred, Bulut stated that all disaster houses will be delivered by the end of the year.

Stating that works are being carried out for the completion of 144 thousand residences, 3 thousand 200 workplaces, 15 government offices, 500 village dwellings and other social facilities, the construction of which continues with approximately 50 billion investments this year, Bulut said that the tender for new housing projects in 220 different areas and the construction of 66 thousand residences. stated that the contract of sale has been made.

Bulut said, “A new social housing campaign will be launched in August, taking into account the purchasing power of our citizens, just like the campaigns we have started in the production of social housing in 20 years.

Our work on this issue continues. We will continue to build thousands of houses in our provinces and districts, build homes for our citizens, and renew our cities with urban transformations,” he said.