A press briefing was held in the area where the EFES-2022 Exercise was held. As of January 1, 180 operations, 38 large and 142 medium-sized, were carried out in northern Iraq, and 425 terrorists were neutralized, and 34,950 terrorists, including northern Iraq and Syria, since July 24, 2015.

İZMİR (IGFA) – A press briefing was held on the activities of the Ministry of National Defense, especially the effort against terrorism.

At the meeting held in the region where the EFES-2022 Exercise was held in Izmir, 425 terrorists were neutralized in the north of Iraq as of January 1, 476 harassment fire opened by terrorist organizations in the north of Syria and 1,256 terrorists were killed with the immediate intervention of the commandos against the raids. was noted to have been disabled.

In the statement, it was emphasized that our efforts against all terrorist organizations, especially FETO, PKK/KCK/PYD-YPG, DAESH, continue with an increasing violence and pace, with the understanding of neutralizing terrorism and terrorists at their source, and in the Claw-Lock Operation as in all operations. It was underlined that our aim is to eliminate terrorist attacks against our people and our security forces and to ensure our border security.

In the statement made by the Ministry of National Defense Press and Public Affairs Promotion Officer, Marine Captain Burcu Nalic Yokuva, it was stated that a total of 1,130 terrorists, 195 of which were in the Claw-Lock Operation, have been neutralized so far within the scope of the Claw Series operations. “We want to emphasize once again that it has no purpose. Just as DEASH does not represent Muslims, neither does the PKK terrorist organization represent our Kurdish brothers. No matter who gives reinforcements for the security of our country and nation, the TAF will continue to deal with terrorism with determination and determination until the last terrorist is neutralized.” emphasis was made. 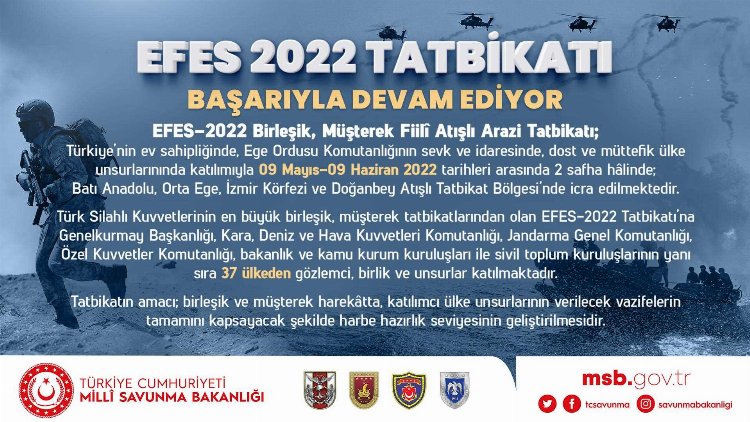 It was noted that 39,177 people were blocked on the Iranian border within the scope of preventing smuggling, illegal crossings and unsystematic migration at the borders and increasing the activity in the fight against terrorists.

Stating that the developments in the middle of the Russian Federation and Ukraine, which pose a significant threat to the security of region and the world, are closely followed, the Ministry of National Defense reiterated its invitation to resolve this situation, which is unconventional to the international law regarding Ukraine’s sovereignty and territorial integrity, through diplomatic means by reducing the tension as soon as possible, He emphasized once again that it is valuable to declare a ceasefire immediately in order to prevent further loss of life and to ensure peace and stability.

WE CONTINUE TO BE AT THE HEART OF NATO’S SECURITY

Turkey’s; Emphasizing the sensitivity of defending its 85 million citizens and its borders, which are also the borders of NATO, against terrorist organizations, the statement noted that NATO’s enlargement is meaningful and valuable in proportion to the respect to be shown to our sensitivities. It continues to do its best for the establishment of global and regional security and stability,” it said. 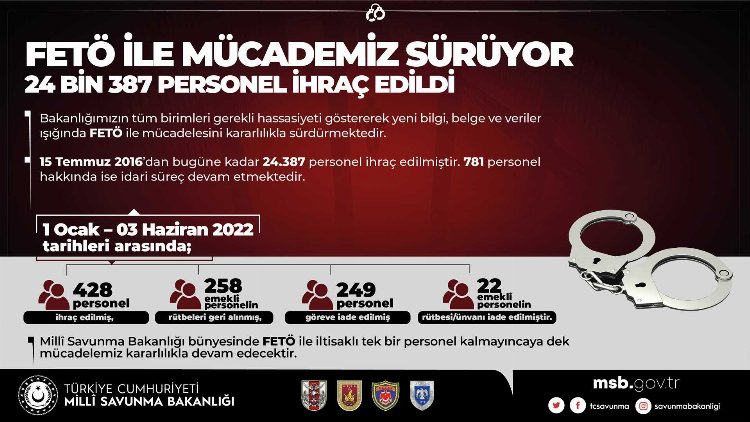 With Bursa’s countryside, it is more faithful to fires