Misdemeanor Announcement from the Police for ‘obstinately disinformation’

ANKARA (IGFA) – The General Directorate of Security has announced that it will file a criminal complaint against CHP İzmir Deputy Murat Minister due to the statements he made over the salary promotion of the police.

In its statement, the General Directorate noted that despite numerous statements made, the ‘obstinate disinformation’ made by the police over salary promotions is not a basis for the work of colleagues who are doing a mission with great devotion, but almost a hindrance. 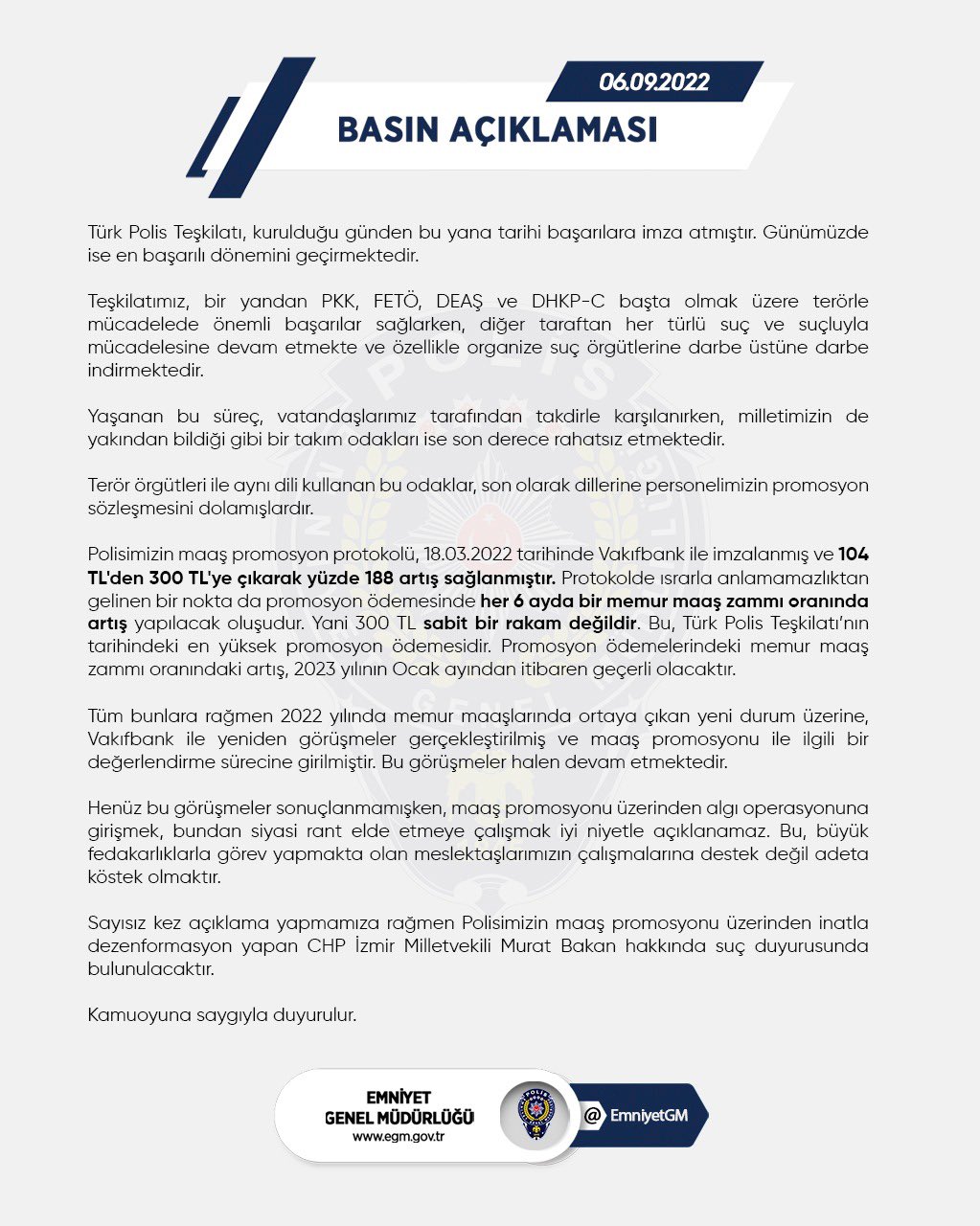 As it will be remembered, CHP’s Murat Minister shared on his social media account yesterday, “There is no sound from the EGM, which collapsed on the promotion of the police. As in the story of the three monkeys, I did not see, I did not hear, I do not speak, but Turkey is the voice of the police. This agreement will either be canceled or will be cancelled”.

Zelenski: 6 thousand square kilometers of area was saved in 12 days

Members of the organization preparing to move in Silvan, Diyarbakir were caught