Minister Çavuşoğlu is traveling to Azerbaijan

Foreign Minister Mevlüt Çavuşoğlu will visit Baku to attend the Turkey-Azerbaijan-Kazakhstan Trilateral Foreign and Transport Ministerial Meeting, the first of which will be held on 27 June.

In a written statement made by the Ministry, it was announced that the Turkey-Azerbaijan-Kazakhstan Trilateral Ministers of Foreign Affairs and Transport Meeting will be held on 27 June with the aim of reinforcing the existing coordination on issues concerning the three countries and regional strengthening connectivity on the basis of mutual benefit.

At the meeting, in which Foreign Minister Mevlüt Çavuşoğlu will also be present, it was noted that it is expected to discuss the issues of increasing tripartite and regional cooperation and developing the potential of the East-West Middle Corridor with the Caspian Crossing. 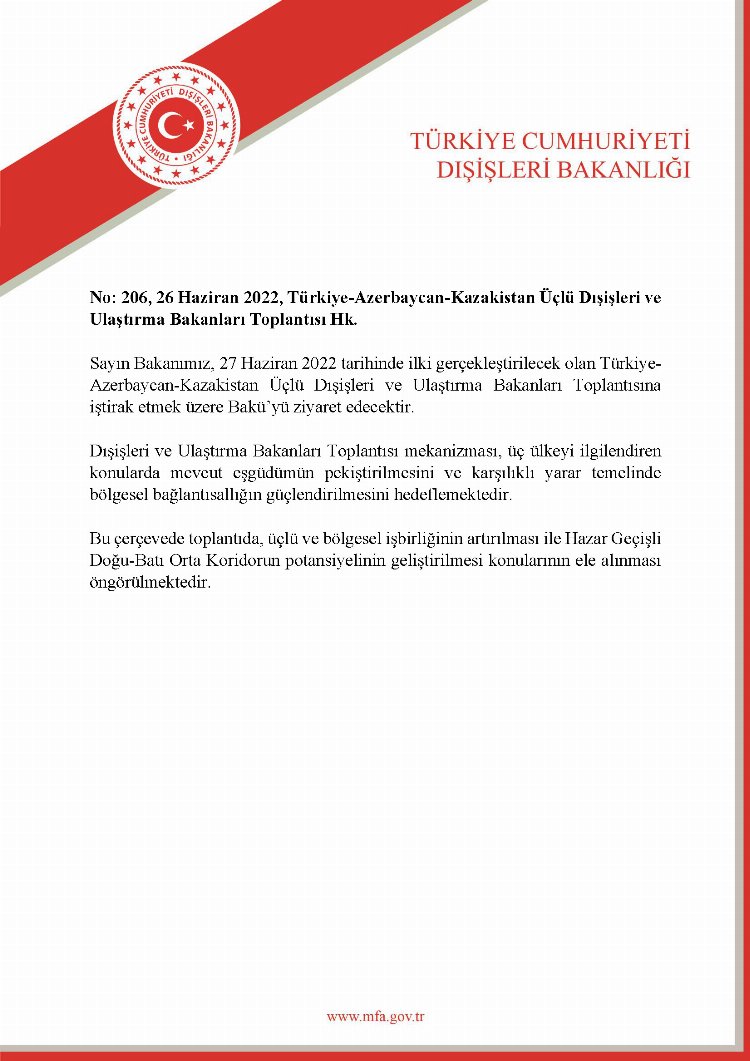 Grain and fertilizer statement from Putin