ANKARA (IGFA) – The biggest military fair of Central and Eastern Europe, in which Turkey is the “leading country”, “MSPO International Defense Industry Fair” was opened with a ceremony.

The ceremony, in which Turkey was represented by Minister Akar, started with the Polish military band playing the National Anthem and the Polish national anthem. Speaking at the ceremony, Minister Akar started his speech by stating that it is a great honor to be the chairman and participant country of MSPO, especially in a period when defense industry cooperation between friends and allies is more valuable than ever.

Stating that the bilateral ties between Turkey and Poland date back to 1414, Minister Akar said, “When Poland faced difficulties in the 19th century, our followers were strong supporters of Poland’s independence, sovereignty and integrity.” Pointing out that people of Polish origin live in Polonezköy in Istanbul, which means “Polish village”, Minister Akar emphasized that this symbolizes the historical friendship between the two countries. 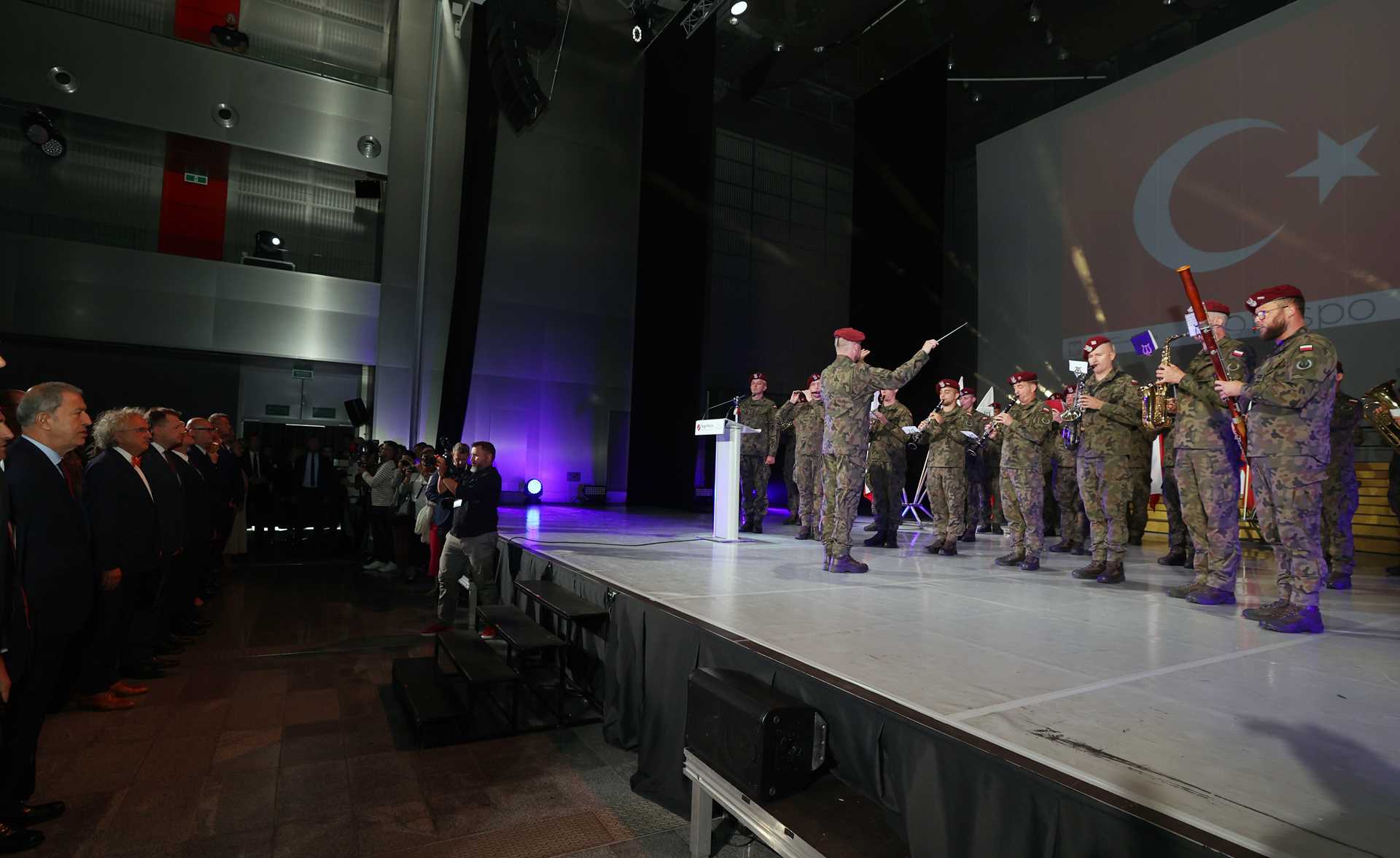 Stating that Poland has contributed with a maritime patrol aircraft since April 2021 as a module of NATO’s pillar within the scope of Turkey’s “Adapted Collateral Measures”, Minister Akar said that Turkey is also part of the “NATO Enhanced Air Policing” task. He reminded that he commissioned four F-16 aircraft in Poland last year with the aim of contributing to Baltic regional security. Minister Akar said, “The biggest threat we face as NATO allies is terrorism, which does not respect borders, nationality or religion. As NATO’s ally in the southeast, we strive simultaneously with all the derivatives and manifestations of terrorism, namely DAESH, Al- Qaeda, PKK/YPG and FETO. According to UN reports, Turkey remains the country hosting the highest number of refugees in the world. said.

Minister Akar also said that with the delivery of humanitarian aid and the re-operation of local administrations, more than 1.1 million displaced refugees returned to their homes willingly, faithfully and with dignity.

Referring to the developments in the context of Ukraine, Minister Akar drew attention to the fact that Ukraine and the Russian Federation are Turkey’s two neighbors in the Black Sea.

“I would like to emphasize that we support the sovereignty and territorial integrity of Ukraine, including Crimea. As we stated at the beginning, we are against Russian military intervention.” Minister Akar described the aim of innocent civilians and civilian infrastructures as an unacceptable situation. Pointing out that millions of innocent civilians had to leave their homes and countries after what happened, Minister Akar said:

“As a country with millions of refugees, Turkey is grateful for the help of Poland and other allies that contributed to the carrying of this burden. It is valuable to declare a quick ceasefire in order to prevent further loss of life and to ensure peace and stability in the region in the coming period. As you know, since the beginning of the crisis, heavy We are in diplomatic work. Our President Erdogan is in contact with Mr. Zelensky and Mr. Putin. Me and my staff are in contact with our counterparts in these countries. When we contact the parties, we reiterate our invitations to an immediate ceasefire, de-escalation, humanitarian aid and return to diplomacy for both sides. “

WE HOPE A PEACEFUL AND FAITH ASSESSMENT

Recalling that our President, Mr. Recep Tayyip Erdoğan, visited Ukraine and held a tripartite meeting with Ukrainian State Leader Zelenskiy and UN Secretary General Antonio Guterres in Lviv, Minister Akar said, in order to avoid actions that might worsen the situation, especially the spread of the conflict in the Black Sea . He noted that they think that prevention is of critical importance and in this context, Turkey implements the Montreux Convention, which ensures the balance in the Black Sea, carefully, responsibly and impartially. 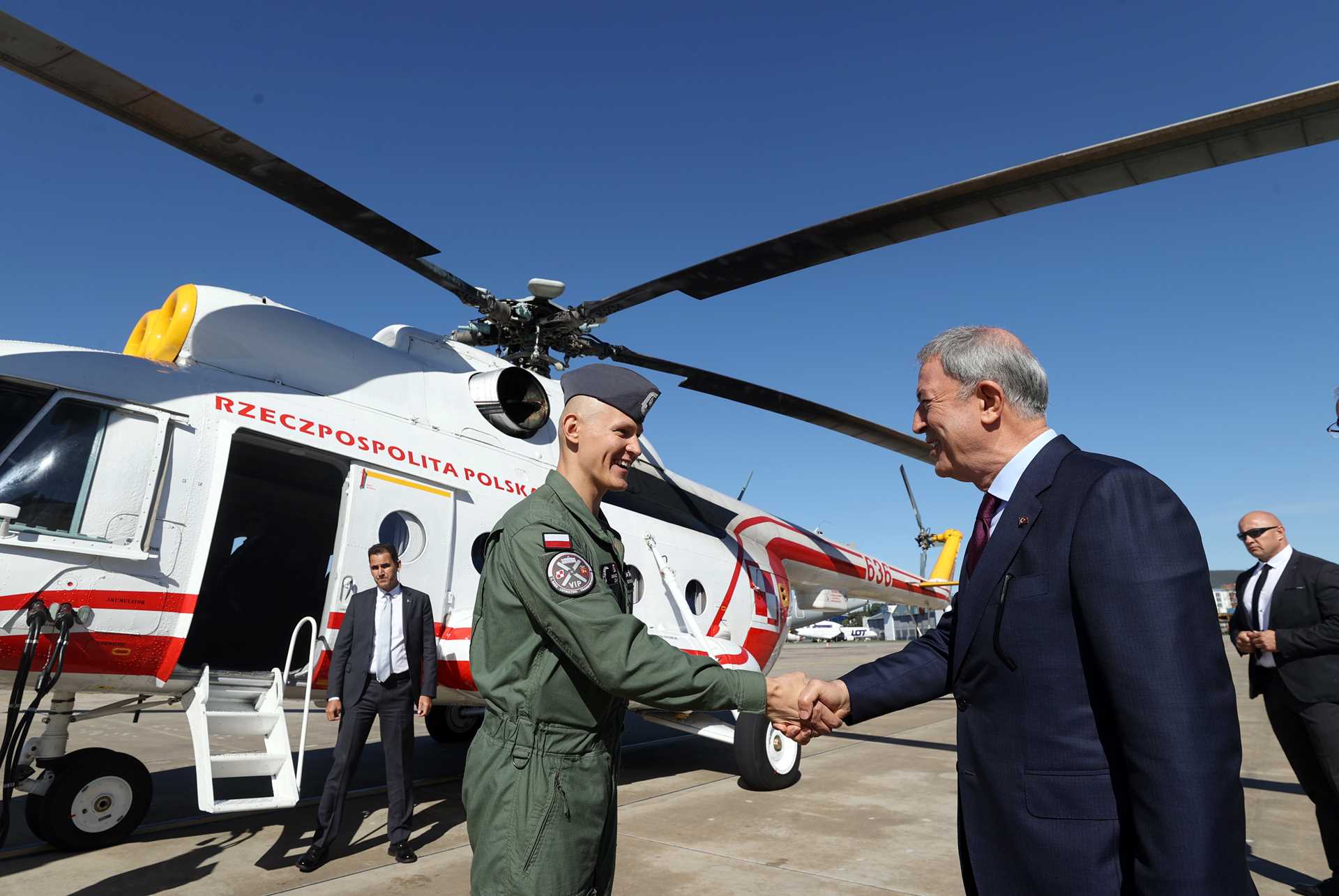 Considering Turkey’s geographical position and the challenges it faces, the need for a strong and respected armed forces will emerge, Minister Akar stressed that this is not only possible with well-trained workers, but also by equipping this worker with high-tech weapons, systems and equipment.

Emphasizing that while Turkish defense companies were dealing with 66 projects in 2002, this number has reached 800 today, Minister Akar stated that three of the Turkish defense industry companies are in the middle of the 100 best companies in the world. Drawing attention to the great cooperation opportunity in the field of defense industry, “We are ready for the joint research, development, construction and marketing of our defense industry artifacts. Therefore, Turkish companies are ready to play a more active role in the Polish markets , and we will bring you all to our research, development and production facilities at first hand to the level we have reached today. We invite you to be a witness.” said he.

Turkish and Russian industrialists will work together on nuclear power projects