Merkel defended her policy against Putin: I will not apologize

Former German Chancellor Angela Merkel said that she had not previously been successful in creating a security architecture to prevent the Russia-Ukraine war.

Merkel answered journalist Alexander Osang’s questions at the “Berliner Ensemble” hall and made public statements for the first time after handing over her duties to Olaf Scholz on 8 December 2021.

Former Chancellor Merkel stated that she also asked herself the question of what she neglected during her term of office and said, “Could more have been done or prevented to prevent such a tragedy? That’s why I’m being asked these questions, and of course I ask myself these questions over and over again.

Defending the policy she followed regarding Russia and Ukraine during every time as Prime Minister, Merkel said, “Now I don’t see anything that I can say was wrong. Therefore, I will not apologize.” he used his word. 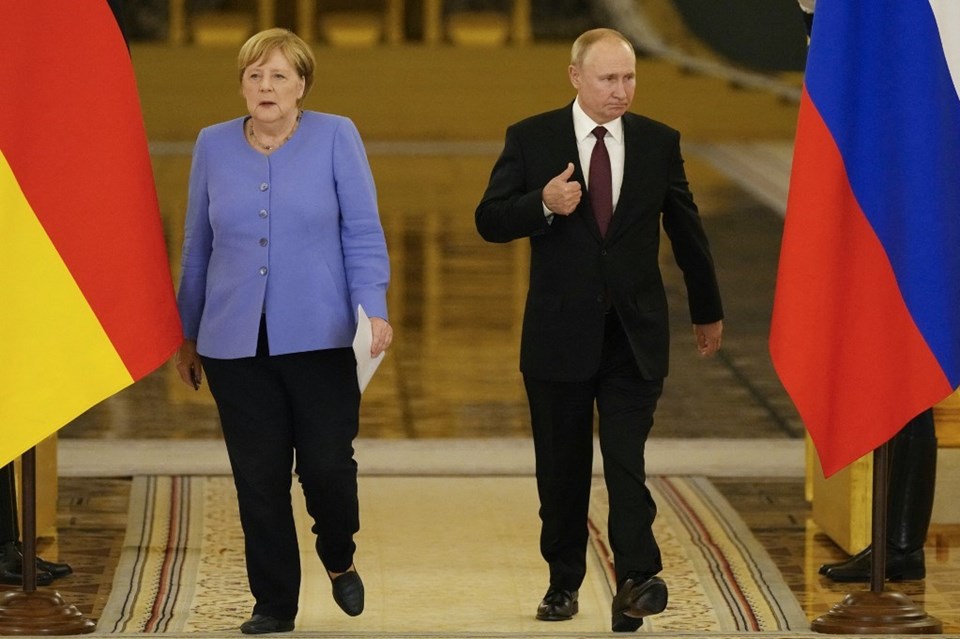 Angela Merkel, rejecting the assessments that she was tolerant towards Russia during the mission period, said, “It is not wrong because diplomacy has failed.” she made its assessment.

Explaining that her connection with Putin deteriorated after the annexation of Crimea in 2014 and she did not act purely towards Putin, Merkel told the individuals she spoke to, “You know that he (Putin) wants to destroy Europe. She wants to destroy the European Union (EU) because it sees it as the preliminary stage of NATO.

Merkel noted that during her prime ministership, she tried to prevent the tensions with Russia from escalating, but that it was unfortunate that this could not be achieved.

He told his memory with Putin

Answering questions about the war between Russia and Ukraine, Russian State Leader Vladimir Putin and herself, Merkel said, “I feel right. In general, I thought that the time after the end of my mandate would be different. February 24 was a turning point and this keeps me busy.” she said she.

Merkel, condemning Russia’s war against Ukraine, said, “There is no justification for this influx into Ukraine on February 24. This is a brutal attack that violates international law with no excuse.” he used his word.

Describing her meeting with Putin in Sochi in 2007, Merkel said that Putin told her that the collapse of the Soviet Union was the worst thing to happen in the 20th century. Merkel said, “I told her that this was a lucky situation in my life. So I achieved freedom, I was able to do things that gave me pleasure and joy. It was clear that there was a great difference of opinion on this issue. This difference of opinion developed further. In those years, the real end of the cold war. failed.” made its assessment.

Noting that she did not share Putin’s views, Merkel described Russia’s attack on Ukraine as a “big mistake” and said, “We did not succeed in creating a security architecture to prevent this war.” he said.

“NO THING TO TALK WITH PUTIN”

Merkel stated that she trusts the new government established in the country in foreign policy, “I can’t even think of not trusting the current federal government.” she said she.

Asked whether she would meet with Putin and become a mediator, Merkel said, “My sense of duty is that I will not do anything that the German government does not want me to do.” he answered.

Pointing out that she did not expect the German government to contact her on this matter, Merkel said, “I don’t have the impression that this will do any good at the moment. In my opinion, there is not much to talk about right now, especially without Ukraine.” she made its assessment.

IT IS NOT THE MISSION TO COMMENT FROM THE SIDE

Merkel, who also made statements about why she did not talk about current bets after she left the prime minister’s mission, stated that she should be careful when she says something about current issues because she is the former prime minister, and that it is not her job to comment from the sidelines.

Merkel explained that in her 30 years of political life, she always ran from appointments to appointments, and that for 16 years, every issue that was valuable for Germany in some form passed over her desk, reminding that she had never escaped responsibility, but that she had said before that she would rest after leaving the mission and put a break from events.

Merkel, who made a statement regarding the fact that she had tremors at the end of her term, stated that the first reason for these tremors was that she was very tired after her mother’s death and was very affected by it, and another reason was related to drink too little water.

Merkel explained that she put a chair next to her because she was afraid of such situations.

Former Chancellor Merkel had tremors for the first time in June 2019, when she greeted Ukrainian State Leader Volodymyr Zelenskiy with a ceremony at the prime minister’s office, and then this situation was repeated twice. Merkel then took precautions against this situation and listened to the national anthems at the ceremonies by sitting on a chair.

US and Japan response to North Korea with exercises