BURSA (IGFA) – Osmangazi Municipality is presenting the fourth in the series of booths consisting of photographs of Bursa compiled from the album of Sultan Abdulhamid II, the 34th sultan of the Ottoman Empire, and photographs of these historical photographs taken from the same places today . presented to the fans.

There are 53 photographs in the photo booth called ‘The Era and Today’s Bursa from the Sultan Abdulhamid Han Archive: ‘Civil Architecture’, which consists of photographs of hospitals, schools, police stations and various civil architecture examples taken in Bursa in the middle of 1880 and 1905. The stand, which consists of historical photographs and the frames of these photographs taken from the same places today, also describes the development and change in the middle of Bursa 140 years ago and today’s Bursa in comparison with the photographs. The stand, which attracted great interest from the citizens, will be open to visitors for one month.

“WE WILL HOST OUR PRESIDENT IN OUR MUSEUM”

Speaking at the opening ceremony of the stand hosted by Panorama 1326 Bursa Conquest Museum, Osmangazi Municipality Leader Mustafa Dündar said, “Housing this valuable stand, Panorama 1326 Bursa Conquest Museum has hosted hundreds of thousands of people from different countries of the world, as well as a meeting point for Bursa. This place also operates as a cultural center where many activities are held. In the Conquest Museum, which hosted 106 events in 2021, 153 events were held in 2022. On Saturday, we will host our President Recep Tayyip Erdoğan in our museum after the Bursa rally. Mr. President will carry out a valuable activity here. On this occasion, we will once again show the interest in the Conquest Museum and the pleasantness of our museum to all of Turkey.” 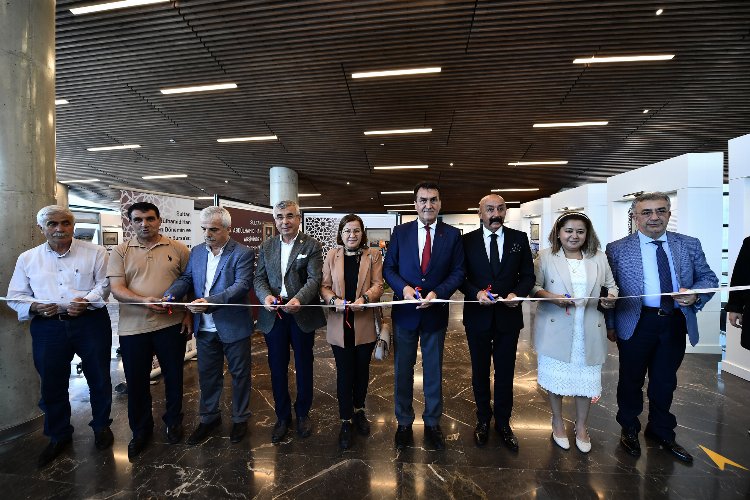 President Dündar stated that they wanted to carry the Bursa of that day and Bursa of today with the photographs taken both during the reign of Sultan Abdülhamid II and today, and said, “These stands show us a comparison between the Bursa of the past and the Bursa of today. offers the opportunity to In the last quarter of the 19th century, Sultan II. Abdulhamid Han sent photographers all over the Ottoman Empire; He had his photographs taken of hospitals, schools, mosques, neighborhoods, roads and examples of civil architecture. These photographs, which were taken over 36 thousand, were collected under the name of “Star Albums”. In the stand that we are opening today, there are photographs of the hospital, school, police station and civil architectural examples taken in Bursa between 1880-1905, then and today. There are 53 photographs in total on the stand. 33 photographs were selected from the Yıldız Albums of the Istanbul University Library of Lesser Works. 20 photos are photos taken today. Just as archives were kept in the past and information was conveyed to the present day on many issues, we should also keep today’s archives and transfer them to the future.

Uludağ University Art History Department Faculty Member, who gave the exhibition a consultancy basis. Doğan Yavaş drew attention to the importance of such stands in order to raise awareness for the preservation of cultural heritage, and said, “In this stand, which we have opened for visit, there are photographs taken by photographers who were invited to the Ottoman geography , especially during the period of Abdulhamid Han. Unfortunately, we have hundreds of other works that are not included here. We are trying to identify the works we have uncovered. We will present the works we have uncovered to the visit of our people in several When it comes to the Ottoman heritage, there are many lost structures next to the kulliyes, mosques and fountains. These works are being researched and brought back to the light. In this regard, especially our Osmangazi Municipality Leader Mustafa Dündar, “Our municipal employees, students and academics are making great efforts. I would like to thank all of them for their support,” he said.

Moody’s: ‘Saving in Turkey is not a logical option’

WHO: Covid-19 events are increasing in 110 countries, the epidemic is not over now