The proposal for the “Law on Amendments to the Press Law and Certain Laws”, which is known as the ‘disinformation law’, social media and internet journalism law in the public, has started to be discussed in the Justice Committee of the Grand National Assembly of Turkey.

ANKARA (IGFA) – Leader of the Turkish Grand National Assembly (TBMM) Justice Board, AK Party Istanbul Deputy Abdullah Güler announced that they continue to discuss the elements of the proposal.
Güler wished that our committee work would be beneficial for the press community and our country.

At the previous meeting of the commission, the discussions on the proposal in general were completed, and the first issue, which defined those who can get press cards, was accepted.

After the discussion of the 40-member bill, the proposal is expected to be put to the vote at the General Assembly of the Turkish Grand National Assembly next week.

As it will be remembered, the General Leader of the Internet Journalists Federation (IGF), Mesut Demir, who attended the meeting of the Justice Committee on June 9, stated that the internet journalism law, which the internet media has been waiting for 15 years and has been trying to do as a federation, is the biggest goal and wish of the media organizations to be enacted. he had said. 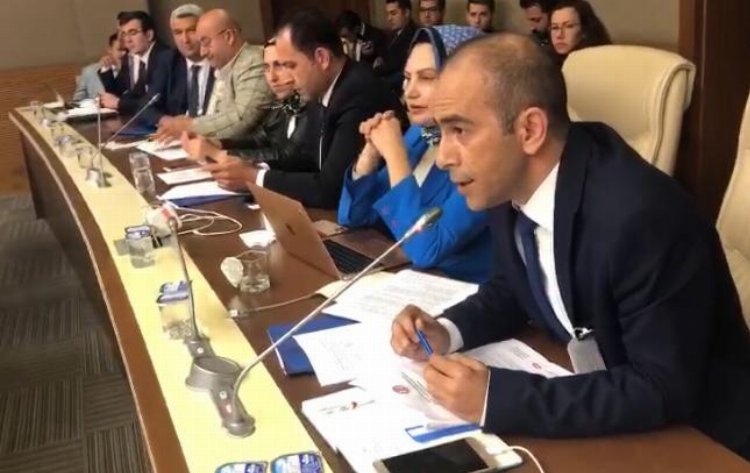 Underlining that thousands of news sites of unknown origin have sprung up uncontrollably in recent years, Lider Demir said: will pave the way, and will contribute to the employment of our young colleagues who are graduates of communication and journalism. Today, when we talk about Metaverse, it is painful that the internet journalism law is still being discussed in the board,” and presented its proposals for the bill as a federation.

Scholz: “Russia should not win this war, Ukraine should be successful”

Publication of budget information is restricted in Russia