Europe’s biggest press meeting started in Izmir. Izmir Metropolitan Municipality Leader Tunç Soyer, who will be hosting the hill for two days, said, “The pressure and censorship on the freedom of the press will end very soon.”

Speaking on the hill held at the Historical Coal Gas Factory, Izmir Metropolitan Municipality Leader Tunç Soyer reacted to the bill known as the “Disinformation Law” by mentioning that the government increased the pressure due to the loss of power. Leader Soyer said, “We have come to the end of the road in Turkey. The pressure and censorship on press freedom in this country will end very soon,” he said.

Expressing that İzmir has a valuable mission in press freedom with its 8,500-year-old culture, Lider Soyer stated that a qualified workforce and real financial models are needed for press freedom, which is one of the most fundamental pillars of free will, and said , “To harmonize with the changing digitalization conditions is to ensure the freedom of the press. “This is another priority for us. Izmir Metropolitan Municipality has forever stood by our press in helping to analyze these issues. This stance will continue from now on,” he said. 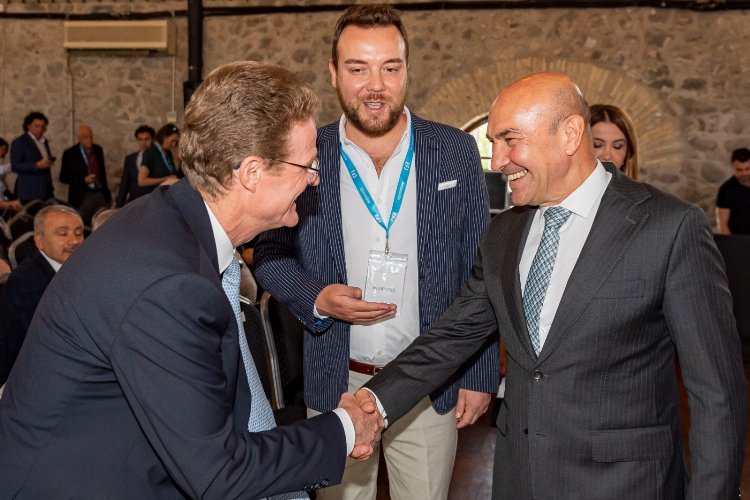 “WRITING THE TRUTH IS REQUIRED TO WEAR A SHIRT OF FIRE”

Noting that despite all its shortcomings, the European Union is humanity’s greatest peace project, Leader Soyer said, “For this reason, by nature, we look to a common horizon with the European Union and defend democracy. What it is to breathe for our bodies , it is one to get news for our societies. which is difficult to carry, turns into an even more difficult mission in countries where there is no freedom of intent. Like Turkey, where freedoms are under heavy attack, freedom of the press is under heavy attack. “The reward for writing the truth in a country where it is hit every day is to wear a shirt made of fire, so to speak. We know that if our country will regain its freedom very soon, we owe it to the brave people who wear that shirt of fire fearlessly,” he said.

Speaking at the meeting about the difficulties experienced by members of the press in Turkey, TGS Leader Gökhan Durmuş said, “In our country, which ranks 149th in the world press freedom rankings, 23 of our colleagues have been in prison in the last year, and 31 journalists have been detained for 52 days. Emphasizing the existence of thousands of colleagues who do not bow to pressure, do not sell their pens and continue their journalism activities without compromising their professional elements in such a picture, Durmuş said, “Our commitment to the profession will change everything. With solidarity and union, these difficult days will pass. The press is free, the law is independent and democratic. Turkey will be a country,” he said.

Within the scope of the two-day hill, numerous panels, presentations and discussion platforms will be held in Turkey and in Izmir on the problems, general situation and development of journalism.

In addition to the general council and the summit, the International Press Center, which was established in the Historical Havagaz Youth Campus, will be opened this evening in cooperation with the Izmir Metropolitan Municipality and IGC.

First it was divided into 30 squares… Then it was mapped in detail.