Inflation numbers announced… Rent increase rate in May was evident

Compared to this, the lowest annual increase was in the communication main cluster with 18.71 percent. The other main clusters where the increase was lower compared to the same month of the previous year were clothes and shoes with 26.23 percent, education with 27.73 percent and health with 35.95 percent, respectively.

On the other hand, the main clusters in which the increase was higher compared to the same month of the previous year were transportation with 105.86 percent, food and non-alcoholic beverages with 89.10 percent, and household goods with 77.64 percent, respectively.

With the prestige of the main expenditure clusters, the main clusters that showed the least increase in April 2022 were miscellaneous goods and services with 0.93 percent, health with 1.31 percent and communication with 2.87 percent. On the other hand, the main clusters with the highest increase in April 2022 were food and non-alcoholic beverages with 13.38 percent, housing with 7.43 percent, clothing and shoes with 6.96 percent, respectively.

WHAT HAPPENED TO THE RENT INCREASE?

According to TUIK information, the rent increase rate in May was 34.46 percent.

The rent increase for a citizen who pays 2 thousand liras in rent was 689.2 liras. 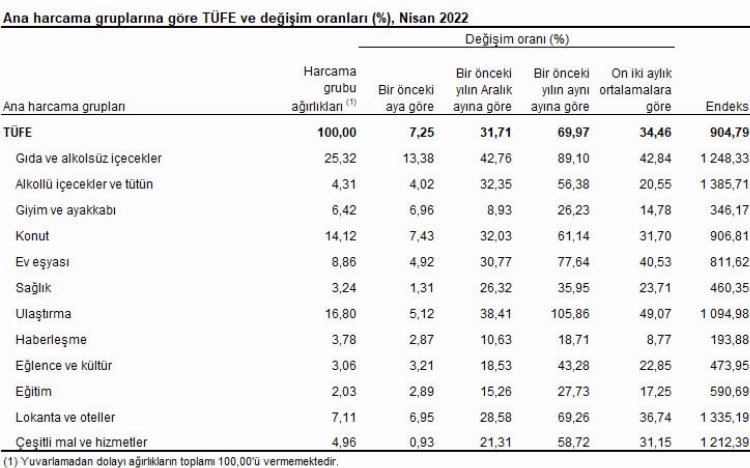 Fethi Başağa: We want to enter Tripoli without bloodshed