İmamoğlu: I will make an error announcement

Ekrem İmamoğlu, the leader of the Istanbul Metropolitan Municipality, shared his views with the journalists about Atatürk Airport, which was started to be demolished without any planning and tender. Sharing the tender documents dated May 16, İmamoğlu said that he would make a misdemeanor notice.

Reminding that the Florya Atatürk City Forest, in which they are located, is a green area entrusted to Atatürk, İmamoğlu said, “They are experiencing the present projection of the value Atatürk added to the area where a president actually lived and lived.

Mentioning that he dreamed of such an area right next to the mansion where he came and stayed 80-90 years ago, İmamoğlu said, “He is planting trees here and creating a park. And this park, with its naturalness, is unique and offers contemporary opportunities at the same time. It serves us in a different location with its design.”

showing the reaction of “Will the planning of a city be with the will of a handful of people for God’s sake,” İmamoğlu said, “Istanbul h as nothing to do with the green space issue here at the moment. This is purely a question of interest. There is an absolute interest plan and an interest map in this process, which they destroyed at the airport without being asked to the citizens, without a zoning plan, without law, without tender, and at their own pleasure.

WILL BE ACCOUNTABLE TO GUYS

Sharing the tender documents dated 16 May 2022 with journalists regarding the demolition processes delivered to him during his speech, İmamoğlu said to the relevant ministers, “Do you see the contractor who went there without a contract? In other words, if there is a contractor in a country who knows that he will bid without a contract, raise his hand. Shout out to those giggling watchers. How would you place such a tender? I will file a criminal complaint against all of you,” he said. 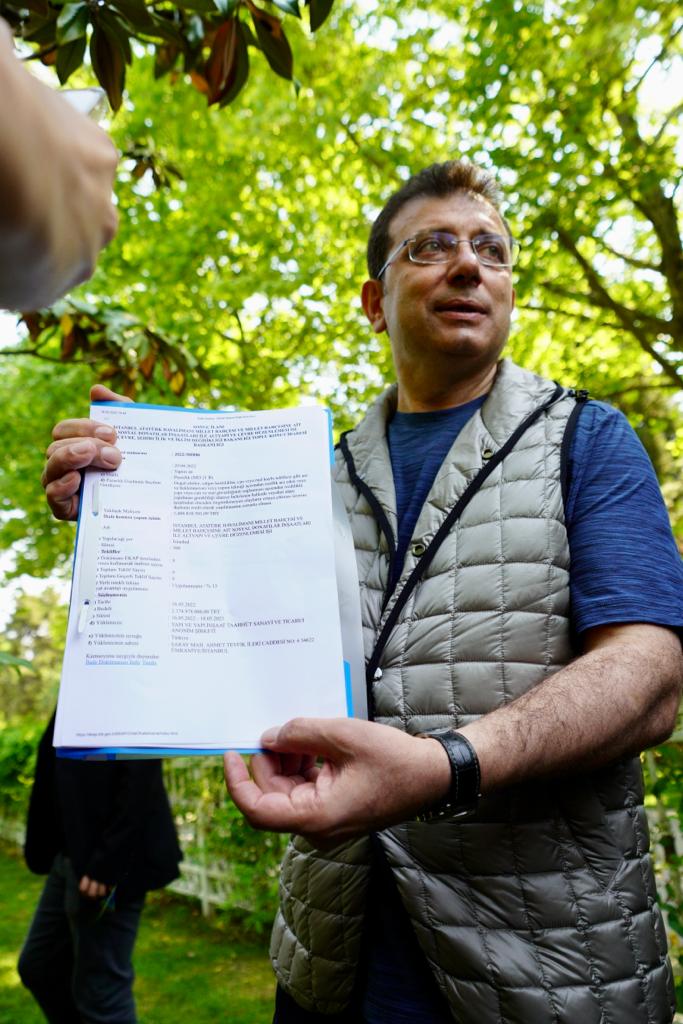