While the work continues rapidly in the Gökdere National Garden, which Bursa Metropolitan Municipality plans to bring to the city in cooperation with the Ministry of Environment and Urbanization, the area has started to be decorated with green.

BURSA (IGFA) – Bursa Metropolitan Municipality’s Gökdere Millet Bahçesi project, which breathes life into the city with projects such as the Millet Garden, Vakıf City Park and Bağlaraltı Park, built in the old stadium area with the aim of making Bursa known with green again , is being implemented in cooperation with TOKİ.

Covering both sides of Gökdere, which determines the border of Yıldırım and Osmangazi districts, and implemented on an area of ​​approximately 200 thousand square meters, the project will include social equipment in 2,800 square meters and recreation areas in the remaining area.

Bursa Metropolitan Municipality Leader Alinur Aktaş said that they are making heavy efforts to make Bursa, which has moved away from its green identity due to rapid industrialization, migration and uncontrolled construction, to become a city known for green again.

Indicating that they attach great importance to environmental investments in 17 districts from the east to the west of the city, Lider Aktaş stated that they brought the Gökdere National Garden, which has been talked about for years but no concrete steps have been taken until today, to Bursa in cooperation with the Ministry of Environment and Urbanization. Yıldırım said that it will add a great price to our districts. 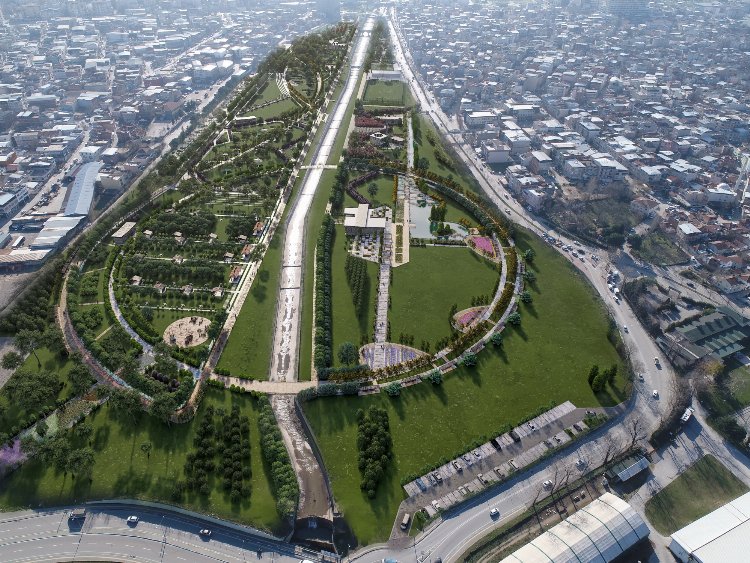