GAZİANTEP (IGFA) – Before the test drive of the 16-stop GAZİRAY Suburban Line, which connects the Gaziantep Small Industrial Site (KÜSGET) and the organized industrial zones, carried out in cooperation with the Gaziantep Metropolitan Municipality and the Republic of Turkey State Railways (TCDD), Minister Karaismailoğlu, Governor of Gaziantep Davut Gül and Gaziantep Metropolitan Municipality Leader Fatma Şahin attended the information meeting at the construction site where the works were carried out.

After the briefing, the protocol passed to Beylerbeyi Station for the test drive of the 25-kilometer-long GAZİRAY border, of which 5 kilometers is underground, and successfully completed the 4.5-kilometer road to the Courthouse. The protocol, which made examinations at the Courthouse for a while, continued its test drive and traveled 3.5 kilometers to the Train Station.

Minister Adil Karaismailoğlu and the protocol, who received information about the latest work done at the Train Station, made statements to the members of the press about the latest situation and the test drive at GAZİRAY. 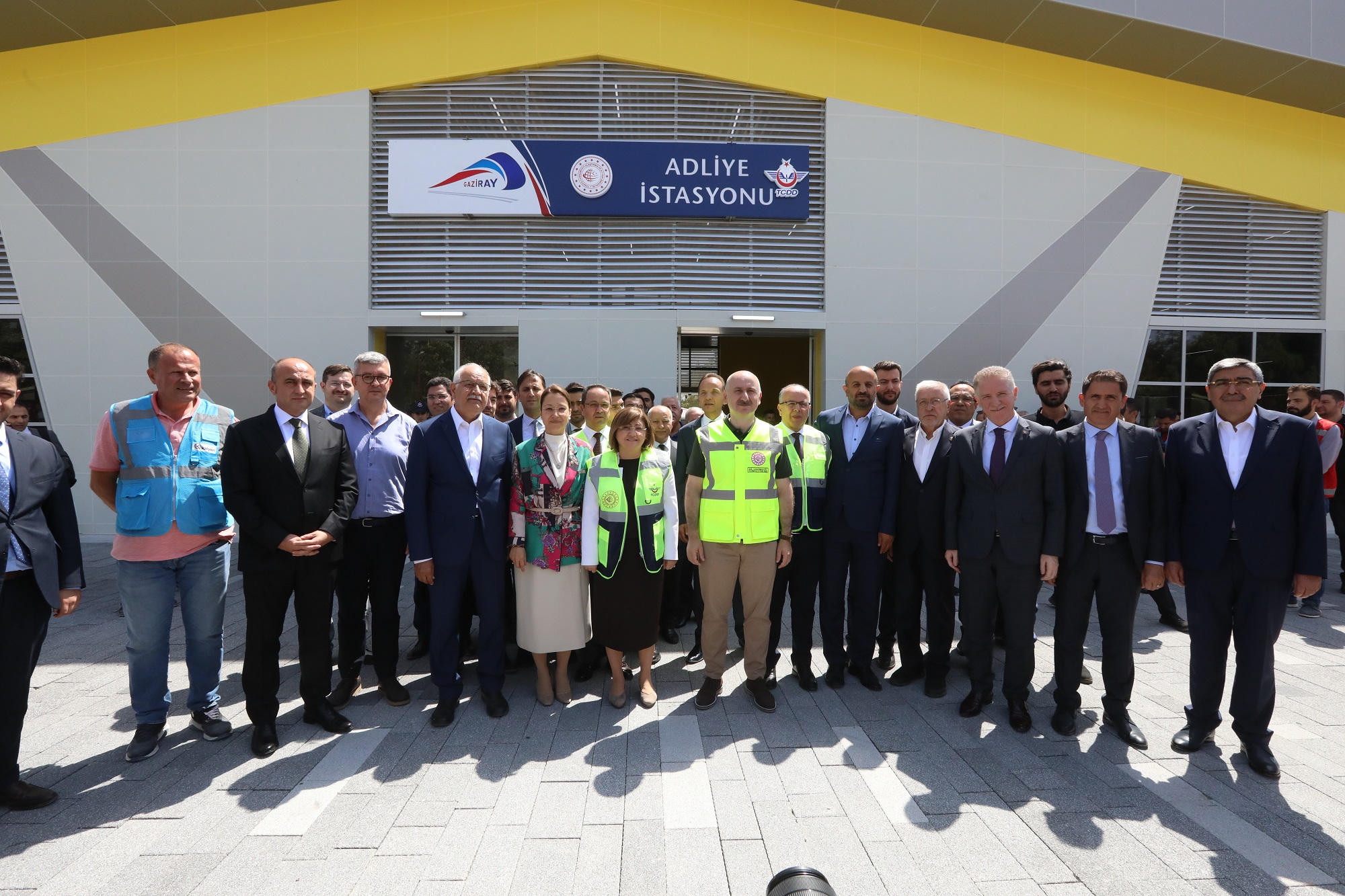 KARAİSMAİLOĞLU: GAZİRAY PROJECT WILL BE ONE OF OUR PRECIOUS URBAN RAIL SYSTEM PROJECTS

In his statement, Minister Adil Karaismailoğlu, who described Gaziantep as the “Pleader City of the World”, stated that the test drive was successful and said, “We also examined the works on the route, at the stops and at the Gaziantep Train Station , where we are with you at the moment. Cooperation between the Ministry of Transport and Infrastructure and Gaziantep Metropolitan Municipality.The GAZİRAY Project, the production of which has been started by our ministry, will be one of our valuable urban rail system projects.The most valuable way to eliminate the traffic problem, especially in our big cities in parallel with the increasing population and number of vehicles, is to expand the rail systems.Marmaray in Istanbul, İZBAN in Izmir and Ankara We are experiencing the excitement and satisfaction of bringing GAZİRAY to the people of Gaziantep in the coming days, following giant projects such as BAŞKENTRAY in. As the Ministry of Transport and Infrastructure, we are very pleased to wor k and produce ideas and projects for the welfare of our country and the future of our children. There is a project. We have hope and excitement for the future of health, welfare, future jobs, food, trade, economic growth, and the future of our children.”

Minister Karaismailoğlu emphasized that GAZİRAY is one of the exemplary projects.

Stating that they will breathe life into the urban traffic by connecting Gaziantep city center and two industrial zones with a giant investment of approximately 5 billion liras, Minister Karaismailoğlu said, “Within the scope of the project, there are 4 limited electric lines, 2 fast train lines on a 25.5-kilometer route and 2 suburban lines. We built 16 stations, 2 cut-and-cover tunnels with a total length of 5.5 kilometers, 1 bridge, 12 under/overpasses and 26 culverts. Also, electric train sets to be used in GAZİRAY It is produced by TÜRASAŞ, the largest representative of the rail systems sector in our country. It is a different joy and pride that our vehicles to be used in GAZİRA are domestic and national. We continue the test drives in our project and we are in the final phase of the certification process. We carried out a very successful test drive. Today, Gaziantep We will leave to meet at the opening of our line, and when we come to Gaziantep a short time later, we will leave G. We will come to put AZIRAY into service,” he said.

Retail prices in Istanbul increased by 2.29 percent in August

Shopkeepers rebelled, started a new application: It is reflected in the works as an increase