As the GAZİRAY Suburban Metro Line Project, carried out in cooperation with Gaziantep Metropolitan Municipality and the Republic of Turkey State Railways (TCDD), will breathe the transportation of the city, an evaluation meeting was held with TCDD General Manager Metin Akbaş and his team after the field investigations.

GAZIANTEP (IGFA) – GAZIRAY, which connects Gaziantep Small Industrial Site (KÜSGET) and the organized industrial zones, is 25 kilometers long, with a 5 kilometer part underground, and will serve with 16 stations in metro standards.

At the meeting held at the Metropolitan Municipality Assembly Meeting Hall, with the participation of the officials from the relevant units of TCDD and the Metropolitan Municipality, the latest status of the project was discussed, along with the presentations, and the advantages of the giant investment that will be put into service within the year for the city of Gazi were also discussed.

At the intersection of the line with the highway and the city, 1 bridge, 6 underpasses, 6 overpasses and 26 culverts were built. It was noted that the border will be integrated with other public transportation vehicles and will be included in urban transportation with transfer points.

Gaziantep Metropolitan Municipality Leader Fatma Şahin stated that they were very excited about the GAZİRAY evaluation meeting and said, “Gaziantep is living a historical day. GAZIRAY was our dream for 10 years. All of our ministers contributed a lot to this project. We have come to the end of the project. All trials are completed in a fast form. Hopefully, within this year, we will have completed the infrastructure that will carry 50 thousand people a day.” said she. 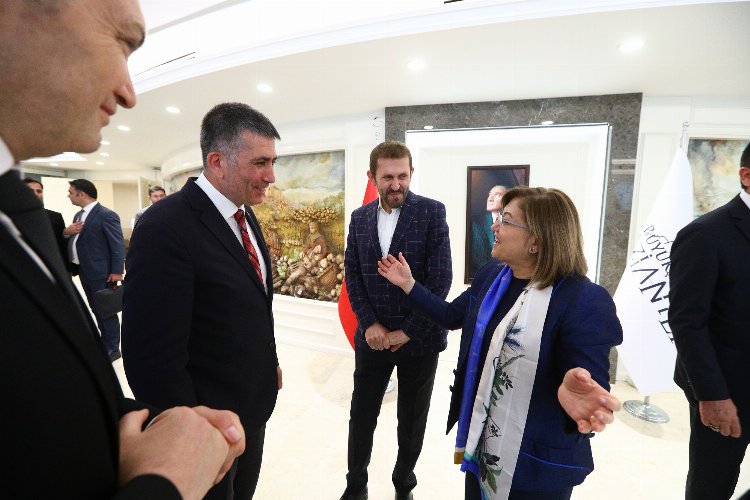 Metin Akbaş, General Manager of TCDD, also stated that he and his teammates made investigations about the last point reached in the GAZİRAY project for 2 days. Pointing out that they have brought Gaziantep another 112 kilometer railway, Akbaş said, “When we finalize these projects, we will have a 28,500 kilometer railroad network by 2053,” he said.

He would come to Turkey: German Foreign Minister Baerbock’s Covid-19 test was positive