The discontinuous foreign trade information for May, which was created in cooperation with the Turkish Statistical Institute and the Ministry of Trade, was announced. Foreign trade deficit increased by 155.2 percent in May.

Exports, excluding energy works and non-cash gold, increased by 13.2 percent in May 2022 from 15 billion 472 million dollars to 17 billion 514 million dollars.

In May, imports excluding power works and non-cash gold increased by 22.6 percent from 17 billion 339 million dollars to 21 billion 264 million dollars.

In May, the share of intermediate goods in total imports was 81.3%.

WHICH COUNTRIES ARE LEADING IN EXPORT AND IMPORT…

The Russian Federation took the first place in imports. 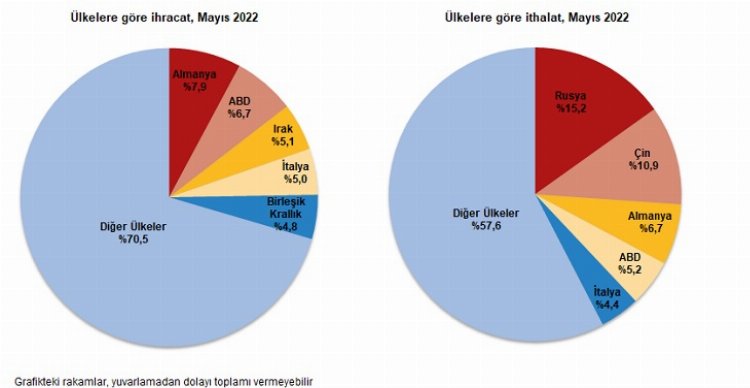