First since the Cold War: Nuclear arsenals will grow

New research from the Stockholm International Peace Research Institute (SIPRI) reveals that the post-Cold War decline in nuclear arsenals around the world has begun to wane.

A report has been published by SIPRI, which works on global security, estimating the current state of armament, disarmament and international security.

According to the report, nuclear arsenals are expected to increase over the next 10 years.

MORE THAN 12 THOUSANDS IN 9 COUNTRIES

In the report, which stated that the risk of using these types of weapons is at its highest level in recent years, it was stated that the Russia-Ukraine War increased the tension in the middle of 9 nuclear-armed states.

It has been reported that there are 12,705 nuclear warheads with the prestige of 2022, according to the claims, in the USA, Russia, China, France, England, India, Israel, North Korea and Pakistan, which are the 9 nuclear powers in the world.

According to the report, the number of global nuclear warheads decreased in 2022 from 13.80% in 2021. The reason for the decline was the removal of aging warheads.

90 PERCENT IS IN TWO COUNTRIES 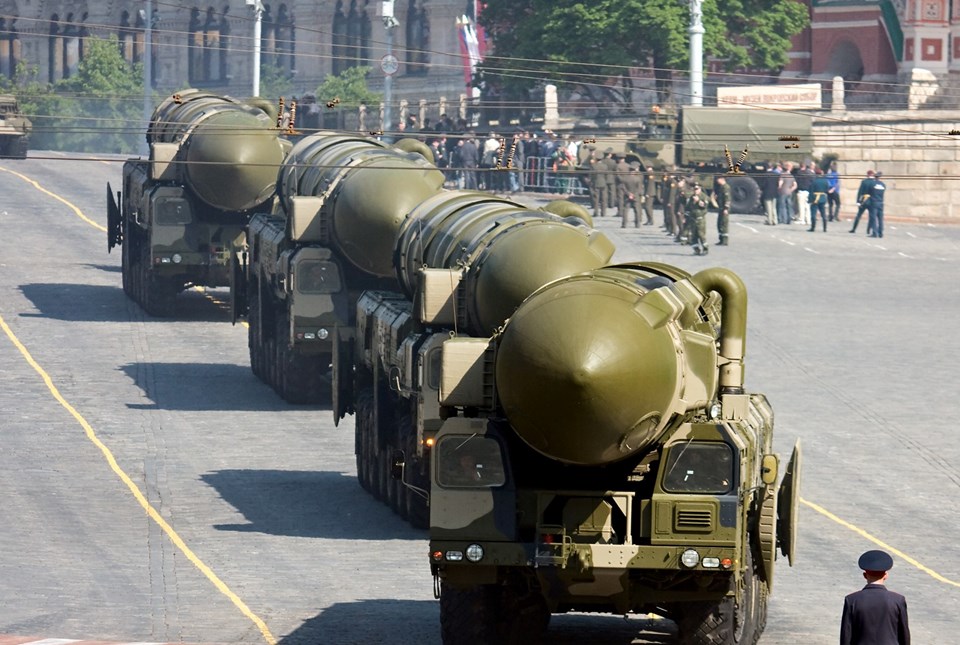 The report stated that Russia and the United States together have more than 90 percent of all nuclear weapons.

It was reported that Russia has the world’s largest nuclear arsenal with a total of 5,977 warheads, which is about 550 more than the United States.

It was noted that China is in the middle of an expansion with more than 300 new missile silos, according to estimates made from satellite images.

“There are clear signs that the declines in global nuclear arsenals since the end of the Cold War are coming to an end,” said Hans M. Kristensen, Senior Fellow of SIPRI’s Weapons of Mass Destruction Program and Director of the Nuclear Information Project at the Federation of American Scientists (FAS). said.

The report pointed out that the permanent members of the United Nations Security Council with nuclear weapons, China, France, Russia, the United Kingdom and the United States, continue to increase their nuclear arsenals despite renewing their commitment to pursue a world without nuclear weapons in a joint statement released on January 3, 2022. .

It was stated that Israel, which does not publicly admit that it has nuclear weapons, is also believed to have modernized its nuclear arsenal.

According to the SIPRI report, it is claimed that North Korea is currently mounting 20 warheads and has enough fissile material for a total of 45-55 warheads.

“At a time when humanity and the planet are facing a series of deep and urgent shared challenges that can only be resolved through international cooperation, interests among the world’s great powers have become even more dire,” said Stefan Löfven, SIPRI Executive Board Leader and former Swedish Prime Minister. he used his words.

Şırnak is under the blockade of the Erens!

The eye of Mars is out!