Alternative walking routes brought to the agenda by the AK Party member Volkan Biçer, a member of the Culture, Art and Social Affairs and Tourism committees at the Mudanya Municipal Council in Bursa, together with the party cluster members, will bring the 2,700-year- old Myrleia Ancient City to light. ” project is being implemented.

BURSA (IGFA) – The first trip of ‘Rota Myrleia’, which started to work to promote Mudanya’s historical, natural and cultural riches, on the Tirilye-Kapanca line was made by the council members and municipal employees. During the expedition, in which Tirilye Neighborhood Headman Süleyman Alkız was also present, a walk was carried out on the directional signs for the road with historical value of 6 kilometers, and the stopover points for cyclists and pedestrians.

The first share of the said trip was made by AK Party Member of the Municipal Council, Volkan Biçer, who kept the issue of alternative walking routes that will contribute to Mudanya’s tourism, promotion and economy on the agenda and enabled it to be discussed in the local council Drawing attention to the proposal they submitted as a party cluster in April after sharing on the social media, Biçer reminded that today’s expedition emerged as a result of the proposal being accepted and referred to the relevant committees. 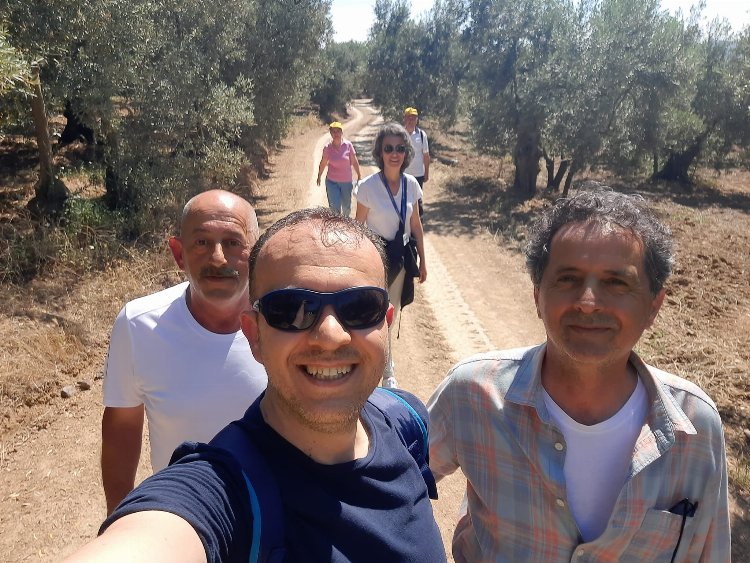 Biçer, in the sharing of photos of the trip, which is the subject of the word; “Today, we conducted a field survey and march on the first route planned, Tirilye-Kapanca border. I would like to thank the employees of our municipality who contributed to this project, our council members and our Tirilye Mukhtar Süleyman Alkız. It is very important for us to add value to Mudanya and Mudanya”.

SAMAST: “WRITE THIS IN RESPECT TO THE IDEA, DON’T BE FEAR!”

Quoting this post, AK Party Mudanya District Leader Orhan Samast said, “The ‘Rota Myrleia’, which was created with the suggestion of our AK Party Mudanya Council Members and the work of the Tourism Committee, be nice to our Mudanya. Write this down as well, out of respect for effort and ideas, don’t be afraid” attached the note. 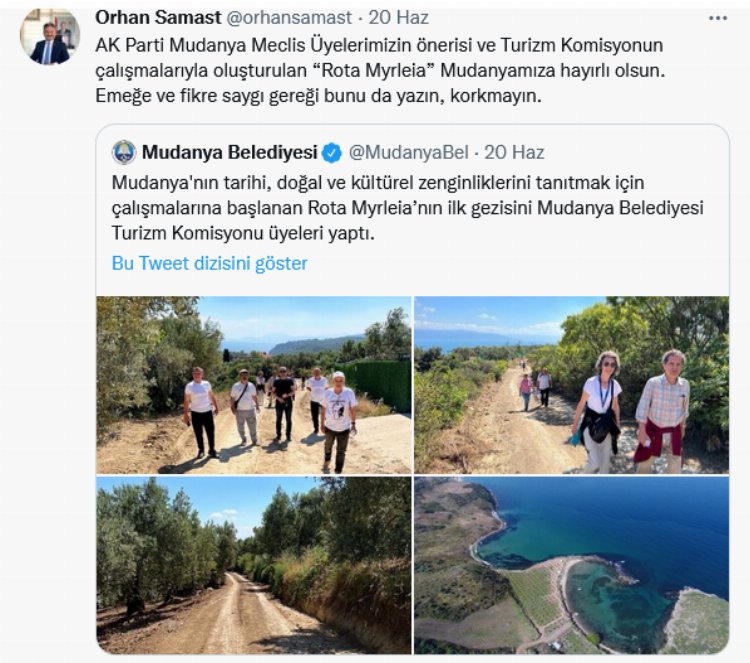