First ascent of the year to Mount Mereto

With the organization of Turkish Mountaineering Federation Diyarbakır Provincial Representative Office and Diyarbakır Nature Sports (DİDOSK), 15 mountaineers from various provinces of the region made the first ascent of Mereto Mountain in Sason district of Batman in 2022.

Yenibahar Haber / BATMAN (İGFA) – The team, which started climbing from Staff Village in the morning hours, reached the hill after an 8-hour walk.

The mountaineers, who did various activities and took pictures at the summit, experienced the joy of meeting with the snow in the summer months.

Stating that they have been climbing this mountain every year for 10 years, Kadri Sencar said, “The roof of the southeast is Mereto Mountain at an altitude of 2973 meters, its church defying the time at its peak, its rich flora and different living cultures on its skirts, a mountain known as sacred for peoples living in different faiths, Diyarbakır Nature Sports. As a club, we have been systematically organizing climbs every year for about 10 years. I wish all the nature sports clubs in Turkey with the participation of the Turkish Mountaineering Federation throughout the country to come here and carry out activities,” he said.

Yeliz Çuban, one of the mountaineers who participated in the climb, stated that she had participated in these climbs with the organization of the Diyarbakir provincial representative of the Turkish Mountaineering Federation and said that they enjoyed walking in the snow this season. 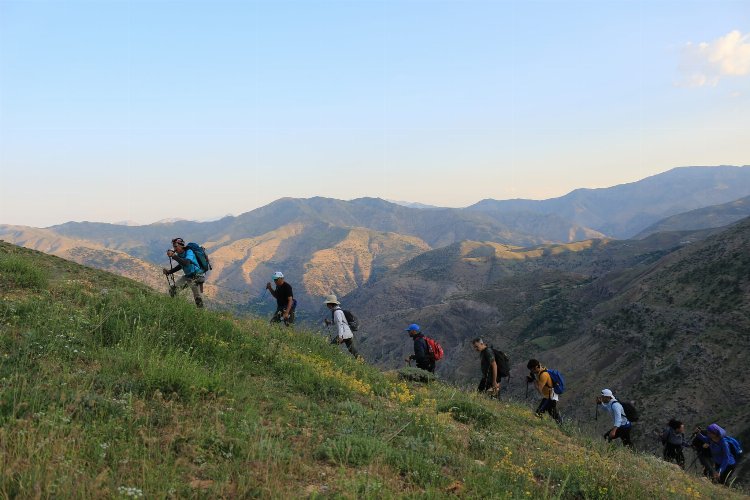