Exporters from Uşak bring waste to the economy

Uşak, the capital city of recycling, is growing with cyclic added value.

Uşak, a pioneer in environmental, recycling and sustainability policies throughout Turkey, increased its exports by 54 percent from $240 million to $368 million in 2021.

The top 5 companies that made the most exports in 2021 were awarded with the Stars of Uşak Exports Award Ceremony.

Expressing that they are ready to give all kinds of support to our companies in Uşak, Aegean Exporters’ Unions Coordinator Leader Jak Eskinazi explained that Uşak, which is famous for its tarhana and blanket, has come to the fore with its investments in the circular economy in recent years.

Eskinazi stated that Uşak Organized Industrial Zone is a valuable clustering example regarding recycling and said, “As Aegean Exporters’ Associations, sustainability, zero waste, innovation, R&D, Design, Digitization and vocational training are the topics that we attach the most importance to for the last 4 years. We are Turkey’s first exporter association with zero waste document. We became the first exporter association to become a member of the Global Compact, the world’s most valuable sustainability initiative. We have created the Sustainability and Projects Department within the EIB, and we are designing all of our International Competition Development (URGE) Projects, which we continue with the support of our Ministry of Commerce, with the theme of Sustainability. If our companies in the Uşak Organized Industrial Zone want to come to the fore in a URGE Project, we are ready to give them all kinds of reinforcements,” he said. 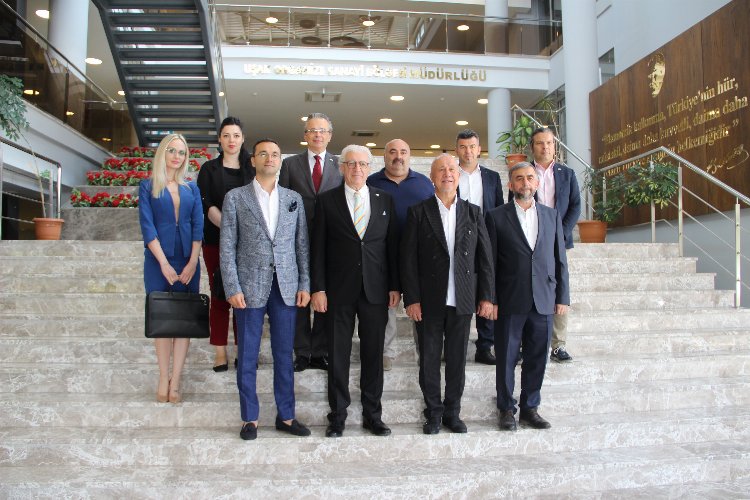 Here are the participating companies:

A new eye on the industry from ULUKOZA entrepreneurs in Bursa

Report of half a century of conflict in Colombia: 30,000 children conscripted, 110,000 missing