Erdogan: We do not see young people as mere voters… The election will be held on time

Meeting with the youth during his Van visit, President Recep Tayyip Erdoğan reiterated that the elections will be held in June next year. Stating that they will continue to walk together with the young people at every opportunity, Erdogan said, “Because we do not look at young people with the eye of just voters”, adding that they are the team that has made the most investment in the youth and increased the standard of living the most in the last 20 years in Turkey.

President Recep Tayyip Erdoğan, in a conversation with the young people he came to during his visit to Van, said, “Like other political parties, we did not remember the youth only when the ballot box was on the horizon, we saw our youth as our comrades, companions and guarantees of our future.” used his words.

Stating that they benefit from the enthusiasm and dynamism of the youth and that they almost renew themselves, President Erdoğan said that he attributes great value to these programs and said, “We have held our 22nd youth meeting with Van in the last year. You know , someone says, ‘The AK Party has no base among the youth’. “For something like that, here you go, the young people. Right now, we have the number of young members that cannot be compared to any other party.

Receiving information on the number of young members of the party from the AK Party Youth Branch Leader Eyyüp Kadir Inan, President Erdogan noted that there are around 1.5 million youth branches in their party, and when they consider all of them, the number of members reached approximately 11.5-12 million. Add all the other parties with all the number of members, stating that our party will not be able to reach the number of members, and by asking each of the AK Party members to make one more member, “What happens to this 11.5? It becomes 23. What is this 2023 when you actually reach 23 million? “I am seeing you here now, I say, you have finished this job already,” he said.

“ELECTION IS IN JUNE OF NEXT YEAR”

Expressing that the election is one year away, President Erdoğan said, “Some are very curious. The date of the election is certain. When? There is an election in June of next year. We are currently walking the road together with Mr. Bahçeli and his group as the People’s Alliance.” he said.

“WE DO NOT LOOK AT THE YOUTH AS ONLY VOTERS”

Expressing that the Eid-al-Adha is approaching, the resentful people will reconcile and they will continue on their way, President Erdoğan said, “Because as a party that works for the youth and walks with the youth, we will continue to come together with you at every opportunity. Because we do not look at the youth as mere voters. ” said.

Reminding that the voting age was 30 when they came to power, and that they had lowered it to 25 and then to 18, President Erdoğan said: “Like other political parties, we did not remember the youth only when the ballot box was set on the horizon, we saw our youth as our comrades, companions and guarantees of our future. I am a brother of yours who took his first step in the youth branch. I always gave all my efforts in the political arena together with the youth, in my youth.” he said. 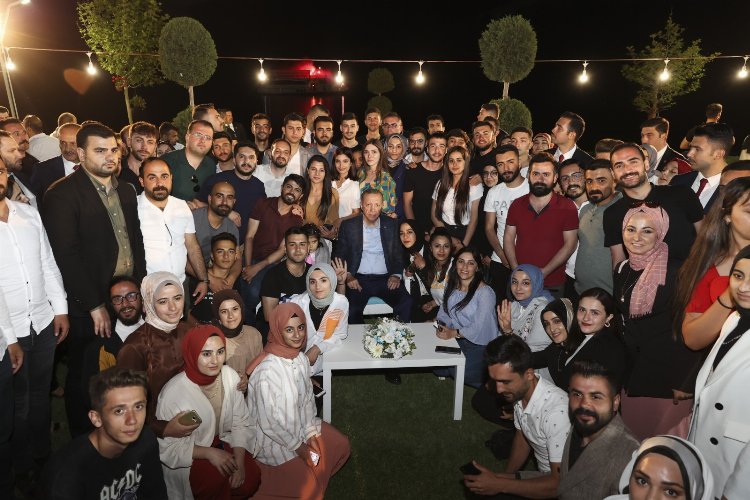 “With the names who took missions in the youth branches of our party, we continue on our way as our colleagues everywhere, from the parliament to the cabinet, from the party administration to the bureaucracy. I beg your pardon for the politicians who try to enter our circle with the youth for this, we say to the rookies, ‘You go play in the sand’. You know, there’s a bit of a Kasimpasa nationality in the game. We say to those who question the conversation between us and our youth, ‘You go to the youth of this country first and apologize.’ Weren’t you the one who said, ‘They brought the 18-year-old regulation for their own children’ until yesterday, weren’t you the one who opposed the April 16 constitutional referendum by saying, ‘Can an 18-year- old become a deputy’ until just yesterday? Aren’t you the one walking around? Now you’re out, questioning our ties with our young people, arguing about young people, saying words. You dare to criticize our youth-related policies, regardless of your past full of hypocrisy. We are the team that increases the living standards of our youth the most.”

Later, President Erdoğan, who came to the fore with the boy whose image was “I miss my grandfather Tayyip” on social media, listened to the works performed by the choir of Van Hoş Sanatlar High School. 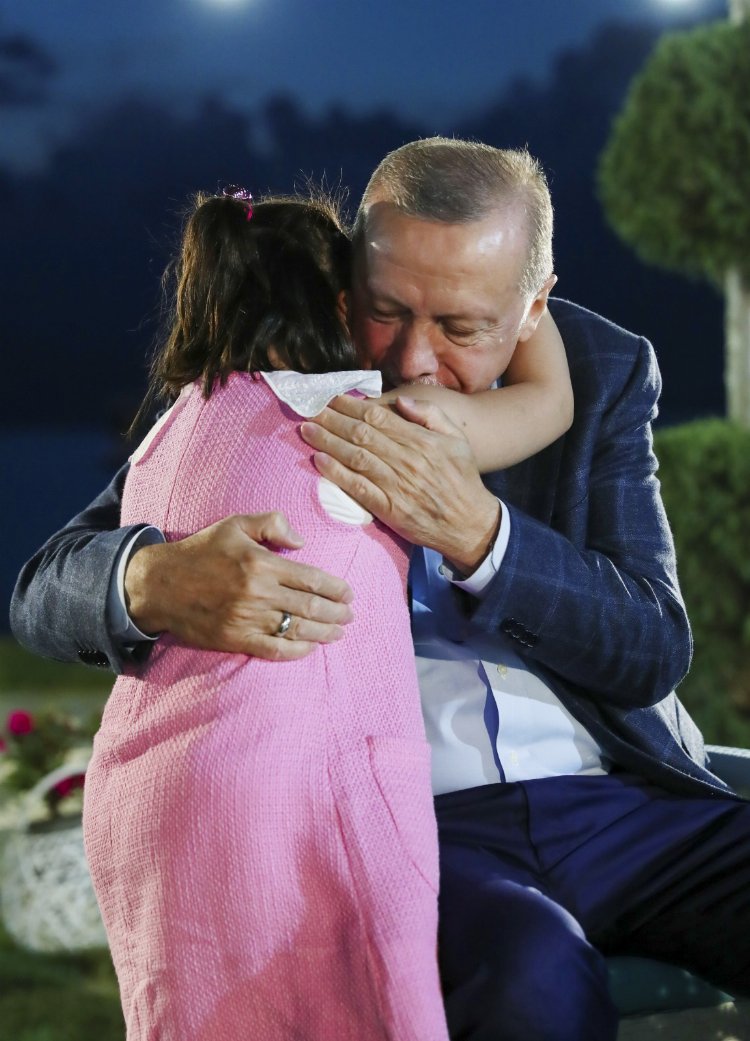