Kazım Yücel, Deputy Leader of the Iyi Party Metropolitan Municipality Assembly Cluster, made a statement from the place where the trees that were about to dry and the yellowing grasses were dried on this day, which was planned to be built in the Sugar Region named as Keykubat City Park in 2017 and a feverish work was started at that time. In his statement, Yücel said, “When you say 150 projects in the hundred and fiftieth year, you forgot the decisions you took in 5 years and you did not implement them”.

Mehmet UZEL (KAYSERİ İGFA)
Kazım Yücel, Deputy Leader of the Enough Party Kayseri Metropolitan Municipality Assembly Cluster, who made a statement in the Keykubat region, said, “This is the area of ​​1 million 100 thousand square meters in the Kayseri Metropolitan Municipality council in 2017 , the name of which was announced as Kent Park, which is as much as the place known as today’s national garden. It was promised by its leader, Mustafa Çelik, that it would be implemented in 2 years. An area of ​​1 million 100 thousand square meters, that is, the size of the national garden. 700 thousand square meters of this area would be afforested. There would be 30 kinds of fruit trees in this area. There would be 1+1 in this area. Areas would be built and accommodation facilities would be offered here.In the future, Şeker would park their vehicles, and then go up with a kind of elevator system with a cable car. It was explained so much! It was introduced to the press and our citizens in this way in 2017. The Municipal Leader of the Justice and Development Party had made these statements. to the project As councilors of the riod, we happily said yes. It’s been exactly 5 years. This place is now covered with dried up trees and withered yellow grass.” 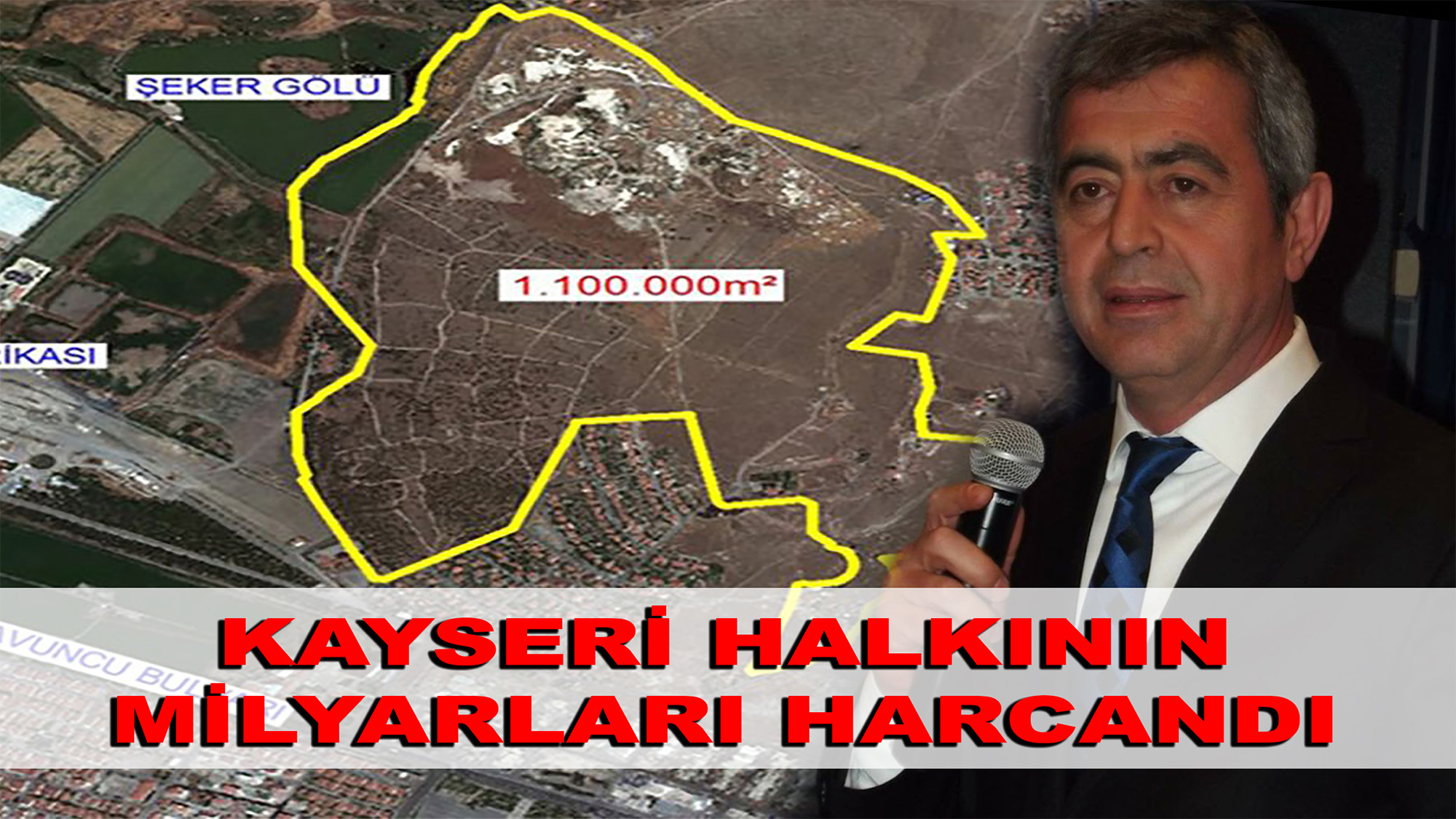 Yücel said, “Billions of the people of Kayseri were spent here with old money. At that time, trucks and construction equipment worked feverishly here. How many students could be given scholarships with the money spent here, how many families could meet their housing needs, how many poor people’s kitchen needs could be met? These words were given and it was said that it will be operational in 2 years. Agreements were made with the Kayseri Sugar cooperative. But now we see that nothing has been done. Our current municipal bureaucrats were on duty that day, and they appear in the photographs. In those days, briefings were given to the municipal leader of the period. Today, one-on-one bureaucrats never tell or inform the new Mayor of the AK Party, Memduh Bey. This place is dry now. Couldn’t these places be brought to our Kayseri and turned into green? Couldn’t there be a national garden like the one that is being built now? Why are previous decisions changed later? You did not do these things, and we remind you of what you did not do. Here Kayseri has the right, here Kayseri has billions. When you say 150 projects in the one hundred and fiftieth year, you forget even the projects you have taken in 5 years, you do not implement them.