Erdoğan visited the female farmers who harvest the Ayas tomatoes they grow in Akkaya District.

Entering the field and collecting tomatoes from cet seeds one by one, First Lady had a conversation with the farmer ladies. Emine Erdoğan, who also loves 7-year-old Zeynep Varol, collected tomatoes, as well as other local artifacts in the field, such as eggplant, zucchini and spring onions. 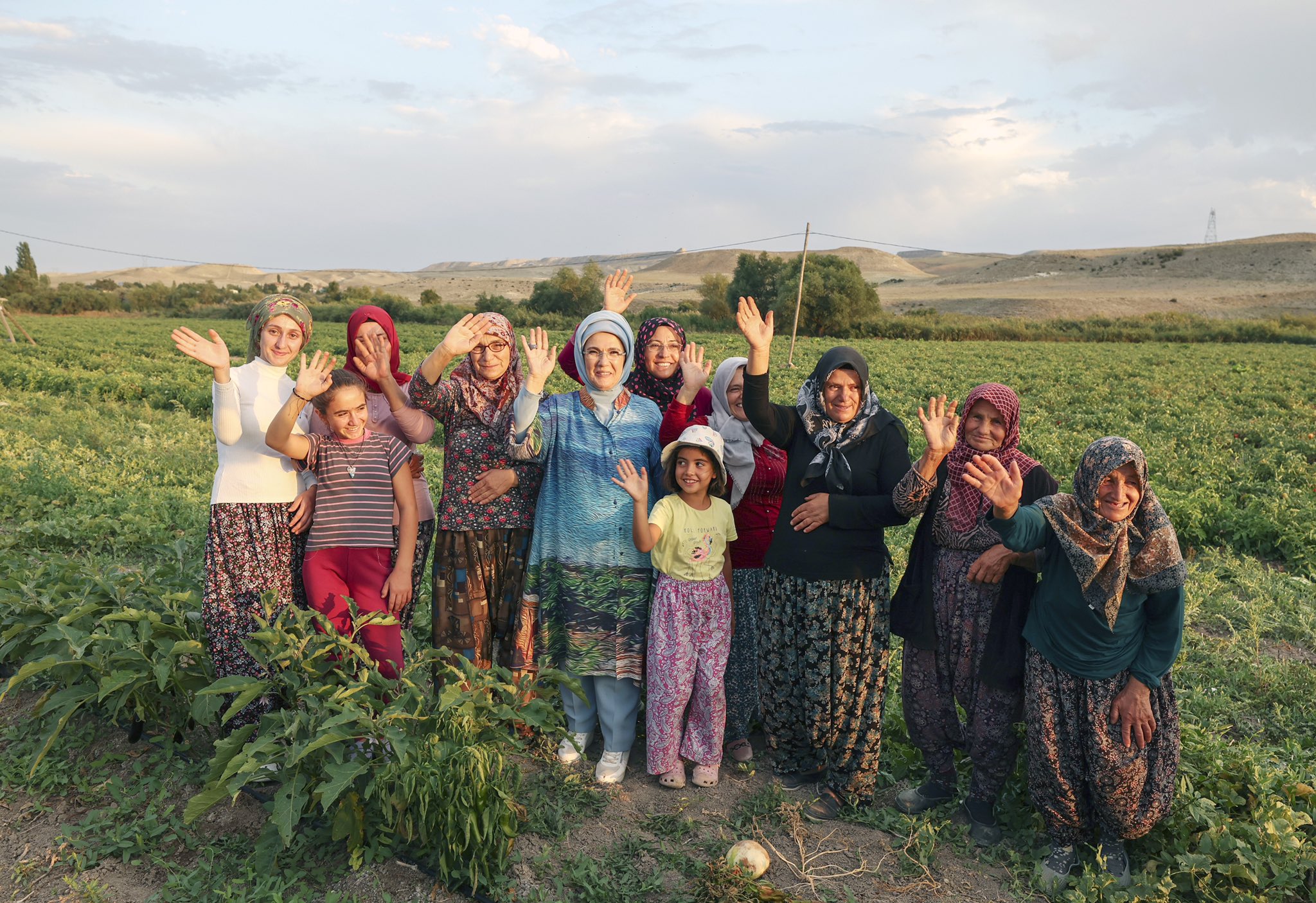 Having received information from Ayaş Akkaya Agricultural Development Cooperative Leader Zehra Varol and Ayas Municipality Leader Burhan Demirbaş about the cultivation and cultivation of tomatoes, First Lady was informed that tomatoes are produced without using any chemical fertilizers or pesticides, and that agricultural pests are dealt with by natural spraying obtained from nettle. given.

OUR WORK WILL CONTINUE

Expressing every satisfaction with the local production of ancestral seeds, First Lady Erdoğan said, “My biggest dream, I hope, will become widespread. We will strive to make it more attractive to natural producers, our work will continue.”

Emphasizing that the Cet Seed Project carried out under her auspices continues, First Lady Erdoğan said, “The producer can go and sow these cet seeds whenever he wants. This is something we have wanted to do for a long time, thank goodness. Now our aim is to spread this, to bring the seeds together with producers and consumers.” 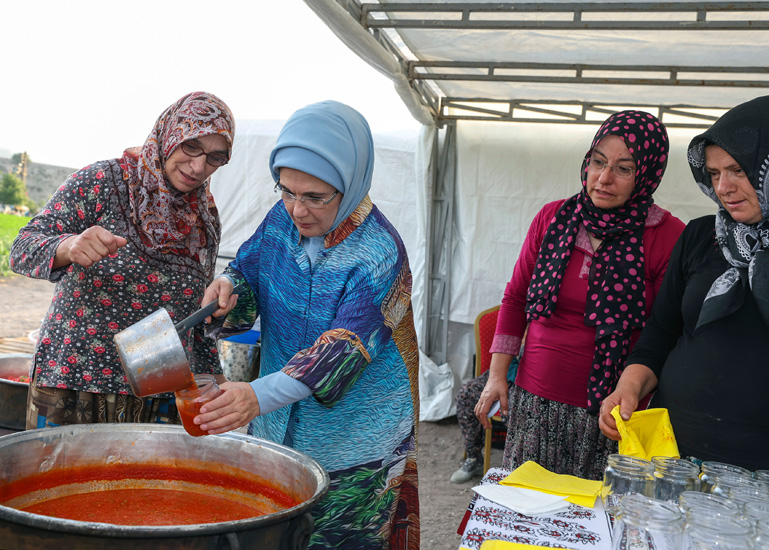 IT ACCOMPANYED THE WINTER MENEMEN PRODUCTION

First Lady Erdoğan accompanied by the farmer women to the production of winter menemen.

First Lady Erdoğan, who took over the classical tomato paste cauldron that burned in the wood fire, threw the menemen dressing into the cauldron and mixed it. Then, putting the cooked menemen in a jar, First Lady Erdoğan said, “Is the menemen made with or without onions?” She told reporters that she did “sometimes with onions and sometimes without onions”.

First Lady Erdoğan, who received information about the characteristics of Ayas tomatoes and the preparation of menemen, tasted the menemen prepared here.

BTSO Committee elections will be held on 1 October.