Keşan Pazarı shopkeepers had a very difficult time in the strong wind that took place at the weekend in the Keşan district of Edirne. Market tradesmen invited Keşan Municipality Leader Mustafa Helvacıoğlu to see the problems on the spot.

Erdoğan DEMİR / Keşan Post (EDİRNE İGFA) – Tradesmen who opened stalls in Keşan Market became the prisoner of the strong wind in the district at the weekend.

The market shopkeepers invited the Kesan Municipality to the mission against the wind and other negative situations that became the anxious dream of the marketplace.

The shopkeepers, who wanted Keşan Municipality Leader Mustafa Helvacıoğlu to see their problems on the spot, stated that the recent strong wind had given them a hard time.

Sezer Denkçi, one of the tradesmen, stated that their work was not suitable because the prices in the market were high, and that 15-20 of the tents were broken due to the effect of the wind. Denkçi said, “They threw us here, and we want someone who will find a cure for our grief,” said Denkçi, saying, “Şarköy is closed, Gallipoli is closed, the situation of the shopkeepers is very bad. Diesel is running out . Our situation is really bad. Even the ones we chose are not available in the market right now.”

Stating that the tents were broken in the marketplace, Elif Hoş said, “Whoever it is, this marketplace should be fixed as soon as possible.” Another shopkeeper, stating that they could not get out of the business, summarized their troubles by saying, “Should we deal with the tent, look at the counter or deal with the customer”. 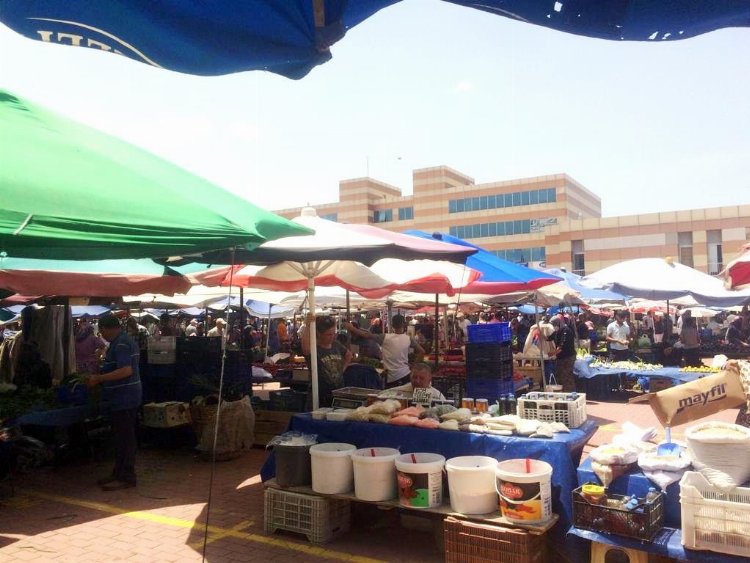