Edirne Keşan Assembly was confused!… Members of the Nation Alliance left the assembly!

Erdoğan DEMİR / Keşan Post (EDİRNE İGFA) – The meeting of the Keşan Municipality Council, which should be held on Thursday, September 1, 2022, the Assembly Meeting of the CHP and Güzel Party Council members on the words of Keşan Municipality Leader Mustafa Helvacıoğlu “You do not suit the CHP” It was postponed due to the fact that he left the country and the absolute majority could not be achieved.

At the meeting; assembly members; Şafak Uslu, Mitat Bulut, Barbaros Tokgöz and Süleyman Gürsel Paçaman were deemed to be on leave due to their excuses. to the parliamentary agenda; Given by Keşan Municipality Leader Mustafa Helvacıoğlu; The proposal to update the water price tariffs and the proposal regarding the Erikli Water Transmission Limit, submitted by the CHP Member of Parliament Aladdin Öztürk, were unanimously added.

Then, on the first agenda of the Additional agenda, the request to define an Budget for the relevant expenditure items in the budget of the Municipality’s Directorate of Culture and Social Affairs and the relevant expense items in the Budget of the Private Secretary was discussed. Providing information about the issue, Recep Kirezli, who is in charge of the Directorate of Culture and Social Affairs, stated that the Plan and Budget Commission did not find it appropriate to define an additional budget with a majority of votes.

Plan and Budget Committee Leader Olcay Soran stated that with the Presidential austerity measures decree in 2021, these activities could not be carried out and a new decree was not published, and therefore, they decided to reject the board because this last decree was valid.

GERGIN: YOU THINK IT CAN’T BE PROPER IF YOU DO TOO ACTIVITY 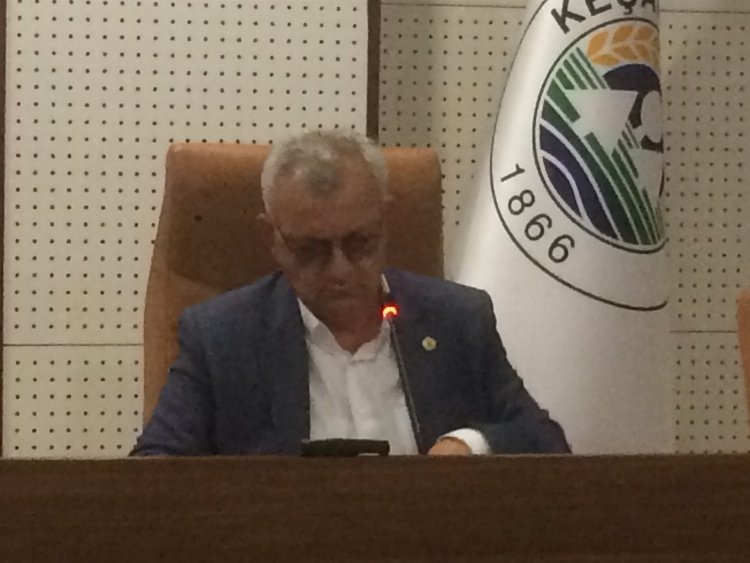 HELVACIOĞLU: YOU DON’T HAVE TO GO AGAINST THE PUBLIC

Upon the speeches, Keşan Municipality Leader Mustafa Helvacıoğlu said, “Leave Turkey alone, we are faced with an unprecedented decision in the world. You want the municipality to be active. You say don’t celebrate DOÇEK, don’t send SARDOS to Izmir from Akşehir. You say that the poor should not laugh, do not perform mass circumcision. You say don’t do half marathon and movie days. You want the people of Kesan to be confined to their dwellings and their rights to be restricted. We have money, we do not want money from you, we want the chapter. Your problem is Keşan and Keşan Municipality Leader Mustafa Helvacıoğlu should not work. You are jealous. You do not even participate in the August 30 Victory Cortege. You avoid being with us. You cannot attend any event. Because you don’t have a face to go in front of the public. However, whatever you do, you will not prevent Keşan from developing. We will carry out all the activities we plan to do. You do not suit the party of the 100-year-old Great President Mustafa Kemal Atatürk. This has never happened before in this Parliament. You should be with us at the events of our Keşan Municipality. Which council are you a member of? You don’t suit the CHP,” he said.

Upon this speech of Helvacıoğlu, CHP council members, especially CHP Cluster Leader Feridun Tümer, reflected on Helvacıoğlu’s return of this word, and the assembly became tense.

Member of Parliament Müslim Çekiç also spoke at this time and stated that no one should interfere with the services to be provided to the citizens.

Speaking again, Leader Mustafa Helvacıoğlu said, “They are doing everything not to make us work. They’re taking the assembly into turmoil. Speech should be given in order of speech. This is Kesan City Council. It’s not your cluster meeting. Your style does not suit the Assembly meetings. “

Feridun Tümer also told Helvacıoğlu, “You are performing. You can do this by negotiating with the council. The law warrants it.” he answered.

HELVACIOĞLU’S RESPONSE TO TÜMER “YOU DO NOT TALK”

“If you interrupt my speech, I call you ‘you'” said Helvacıoğlu, “As the leader of the cluster, I call you. Don’t raise Keşan on your feet, let Keşan not socialize, Keşanspor not be a champion, Kültürspor not develop, Anafartalarspor to be relegated. You are after them. Let Helvacıoğlu not work, let the People’s Alliance not work. You are jealous, why are you jealous, you are incapable of even coming to the cortege. of the Victory Day, to standing by us, to being the owner of Keşan Municipality, because you do not own it. don’t have a face to appear in front of the people. Shame on you, you will not be able to prevent the development of the people of Keşan. We will offend again, we will do all of them again. Give us to the Chief Public Prosecutor’s Office. I will pierce the budget you did not give. We will do it all. We will do it legally, you will see what I will do, you will not be able to prevent it,” he said.

Although the additional budget request was submitted to the vote twice by the Assembly Leader, the second element was passed because the Assembly members did not participate in the marked voting.

During the 2nd point, “The Committee’s report on the updating of the overtime wage to be given to the Police and Fire Brigade Employees, who are on a mission in our municipality subject to the Civil Servants Law No. 657, as of July 2022, ” the Assembly members from the CHP and the FINE Party Assembly members Due to this attitude of Leader Helvacıoğlu, he left the Assembly Meeting. 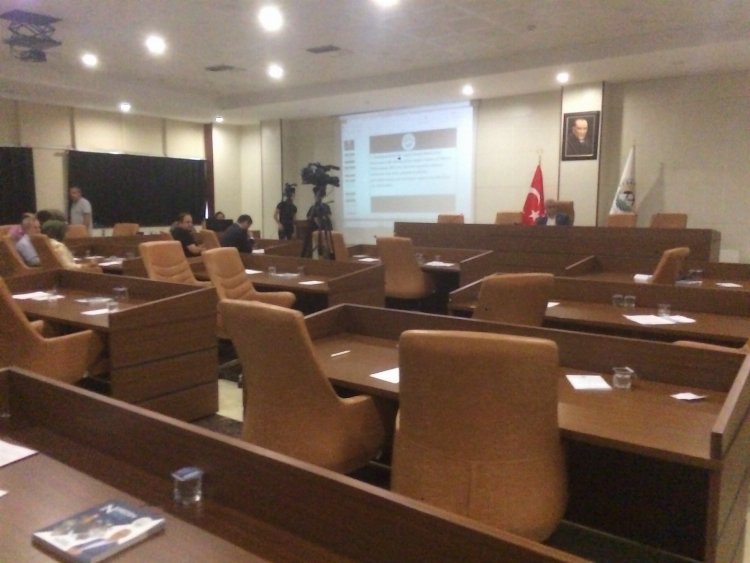 Speaking again on this situation, Mustafa Helvacıoğlu said, “You cannot stop for 5 minutes for a citizen. You leave the people’s decisions and go, you do what suits you. It’s always a problem,” he said.

The meeting ended because the council did not have enough number of decisions.

Stating that there is a mentality that does not want to run the Keşan Municipality, Mayor Mustafa Helvacıoğlu made a statement to the members of the press after the meeting.

Leader Helvacıoğlu said, “The CHP and DÜZGÜN Party members of the Assembly, where the people elect the majority, say ‘We are the majority’ and leave the hall,” said Leader Helvacıoğlu, “Everyone has seen the love and respect shown towards the people. I’m calling out to all parties, don’t make your decisions in 5 minutes while choosing the council members. Send the council members who fit the parties, who work and don’t run, to the Kesan Municipality. He said .

It has been learned that the postponed assembly will be held on September 5th.

A trip to Şanlıurfa from the veterans of Kayseri Talas