A cooperation protocol was signed between the Ministry of National Education, General Directorate of Vocational and Technical Education and Konya Governorship and Konya Metropolitan Municipality to support students who prefer vocational education.

KONYA (IGFA) – With the protocol between the Ministry of National Education, Konya Governorship and Metropolitan Municipality, it was aimed to provide educational support to the families of students who are registered in vocational training centers and continue vocational education in enterprises in order to reduce youth unemployment and increase employment by enabling young people to gain professional skills at an early age.

Speaking at the protocol signing ceremony, National Education Minister Mahmut Özer reminded that they signed a similar protocol with Gaziantep Şahinbey Municipality and Bursa Metropolitan Municipality in the past few days, and stated that he congratulated the administrators in Konya for not falling behind on this support given to the youth.

“The way to heaven in our civilization is to serve others.” Özer said that Konya Metropolitan Municipality, which has been the capital city of ancient civilizations, will give a scholarship of 300 liras for 12 months to students who prefer vocational education. Minister Özer also announced that 3 thousand students within the scope of the protocol were increased to 5 thousand.

Özer, who gave information about their efforts to strengthen vocational education, also mentioned the amendment made in the Vocational Education Law No. 3308 on 25 December 2021. Özer said, “The number of apprentices and journeymen, which was 159 thousand after the change, increased to 530 thousand. Today, we are talking about 530 thousand apprentices and journeymen with prestige.” he said.

Stating that they have realized the construction of a vocational education that treats the damages of the coefficient application, is much stronger with new initiatives and looks to the future with hope, Özer later visited the Selcuklu Autism Education Foundation (SOBE) within the scope of the Kenya program. 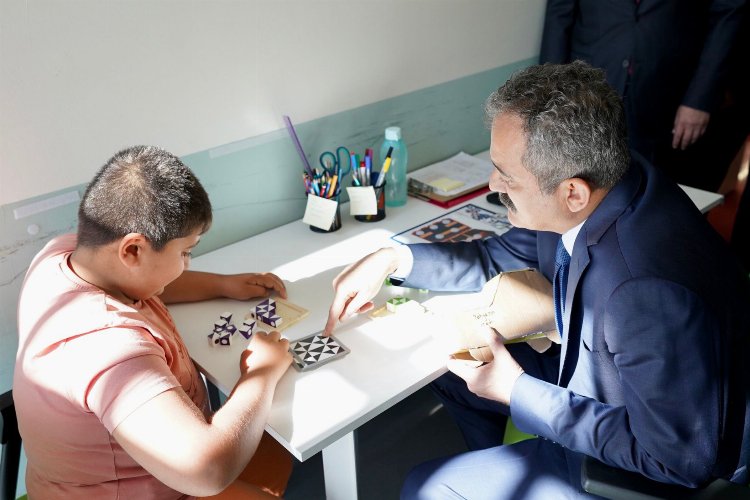 Minister Özer, who chatted with the students and their parents and listened to their demands, visited the classrooms where the students were working on improving their hand skills.

Özer watched the Cube Cube game played by one of the students receiving individual education, and played table tennis with the children.

The latest situation in the markets at the beginning of the week: How much was the pound? (May 23, 2022)