Cocoon charming start to the ‘silky’ festival in Bursa

BURSA (IGFA) – Bursa, which was the last stop of the historical silk road in Anatolia and produced silk carpets and fabrics that adorned world palaces, especially Topkapi during the Ottoman period, is on display again with its world-famous silk nearly 2 centuries later.

In Bursa, where an average of 150 kilograms of raw silk was produced per day in hundreds of silk weaving looms in the 15th century, factories were closed one by one, especially with the removal of funds on silk with the entry into the Customs Union, and the villagers whose cocoons were left cut down the mulberry trees. While sericulture, one of the most valuable modules of Turkish culture, takes its place on the dusty shelves of history; The Metropolitan Municipality is Bursa Silk, which is the most strategic work of the Ottoman Empire and where Europe did not even pay taxes for years, to its former glory.

The Metropolitan Municipality, which opened the Umurbey Silk Production and Design Center in 2015 within the scope of the ‘Bursa Silk Comes to Life Again’ project, and supports the production of cocoons in rural areas and supports production with silk production and carpet weaving workshops, is the third International Silk Festival from Cocoon to Fabric, which was organized with the aim of promotion. performed.

KOKO WAS BROUGHT WITH HORSES

Within the scope of the festival, Koza Han, which was built by Bayezid II about 6 centuries ago and was the center of silk trade in the Ottoman period, hosted the cocoon auction.

The trading animation of the representative traders who entered the historical inn with their horses took the citizens centuries ago. After the announcement of the fresh and dry cocoon prices, the auction started, and the Metropolitan Municipality Leader Alinur Aktaş also participated in the negotiations. Following the activity here, the opening ceremony of the festival was held in Orhangazi Park. 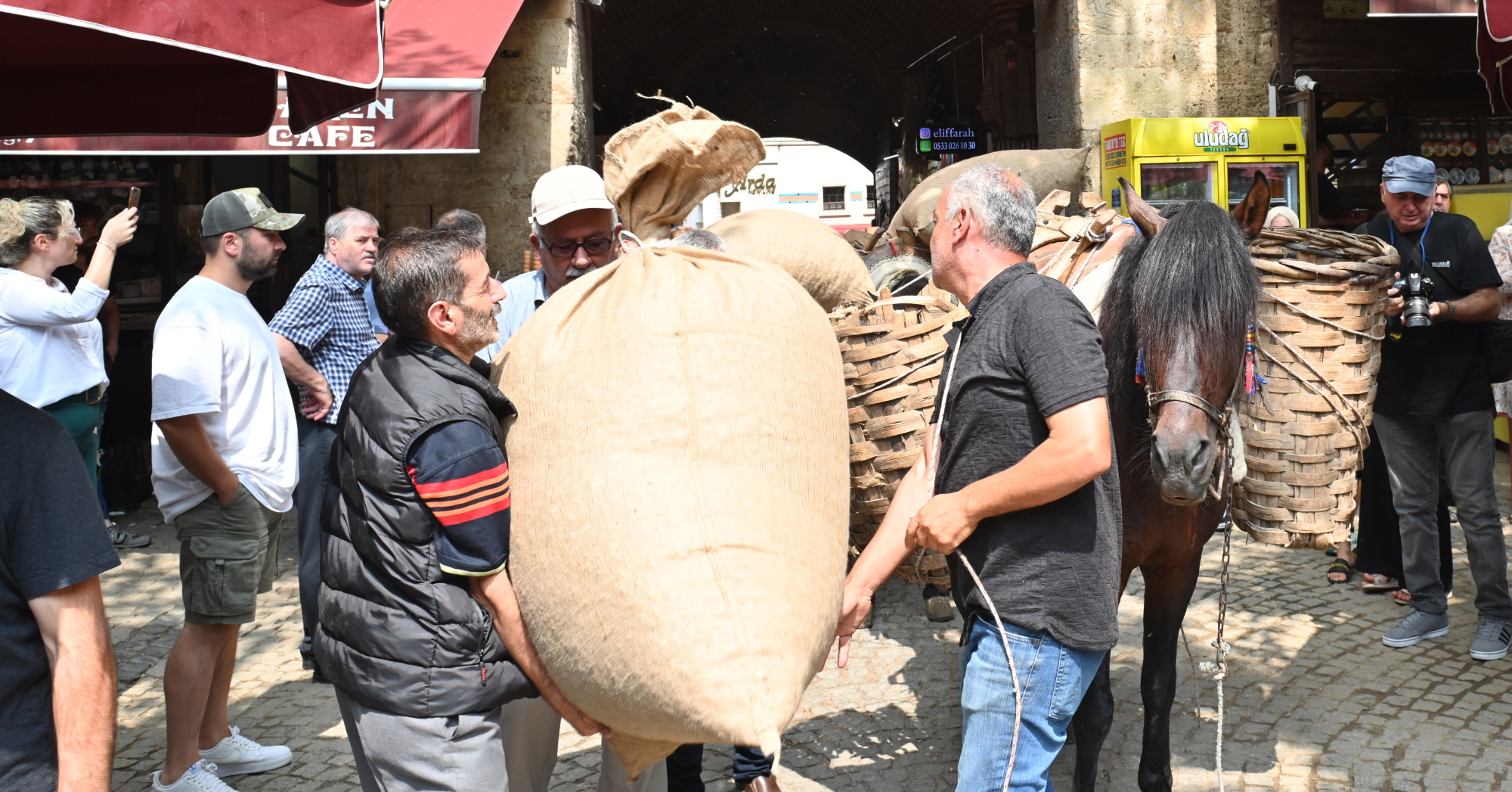 Workshops on silk artifacts made in tents and stands prepared in the area attracted great interest from the citizens.

Speaking at the ceremony attended by Provincial Culture and Tourism Director Kamil Özer, Provincial Agriculture and Forestry Director Hamit Aygül and many guests, Metropolitan Municipality Leader Alinur Aktaş said that Bursa, which was the capital of the Ottoman Empire and the intersection point of civilizations, ” inspired those who set out to shape their future”. He stressed that the city

Leader Aktaş, who mentioned that each city has its own unique symbol values, but Bursa’s symbols cannot be counted, said, “It is not possible to limit the historical existence of Bursa to monumental buildings. There are commercial traditions and bazaars that are the reflection of this tradition, artisan and craft culture. For example, what brings us here today is our silk, which, from being an Asian symbol, has come a long way and has become the symbol of Bursa. Bursa silk, which adorned European palaces, especially Topkapı, during the Ottoman period was so precious; Europe, which takes taxes from Chinese and Iranian silk, has never taken a tax from Bursa silk. We strive to preserve Bursa Silk, one of the most valuable assets of Turkish culture, and to pass it on to future generations.” 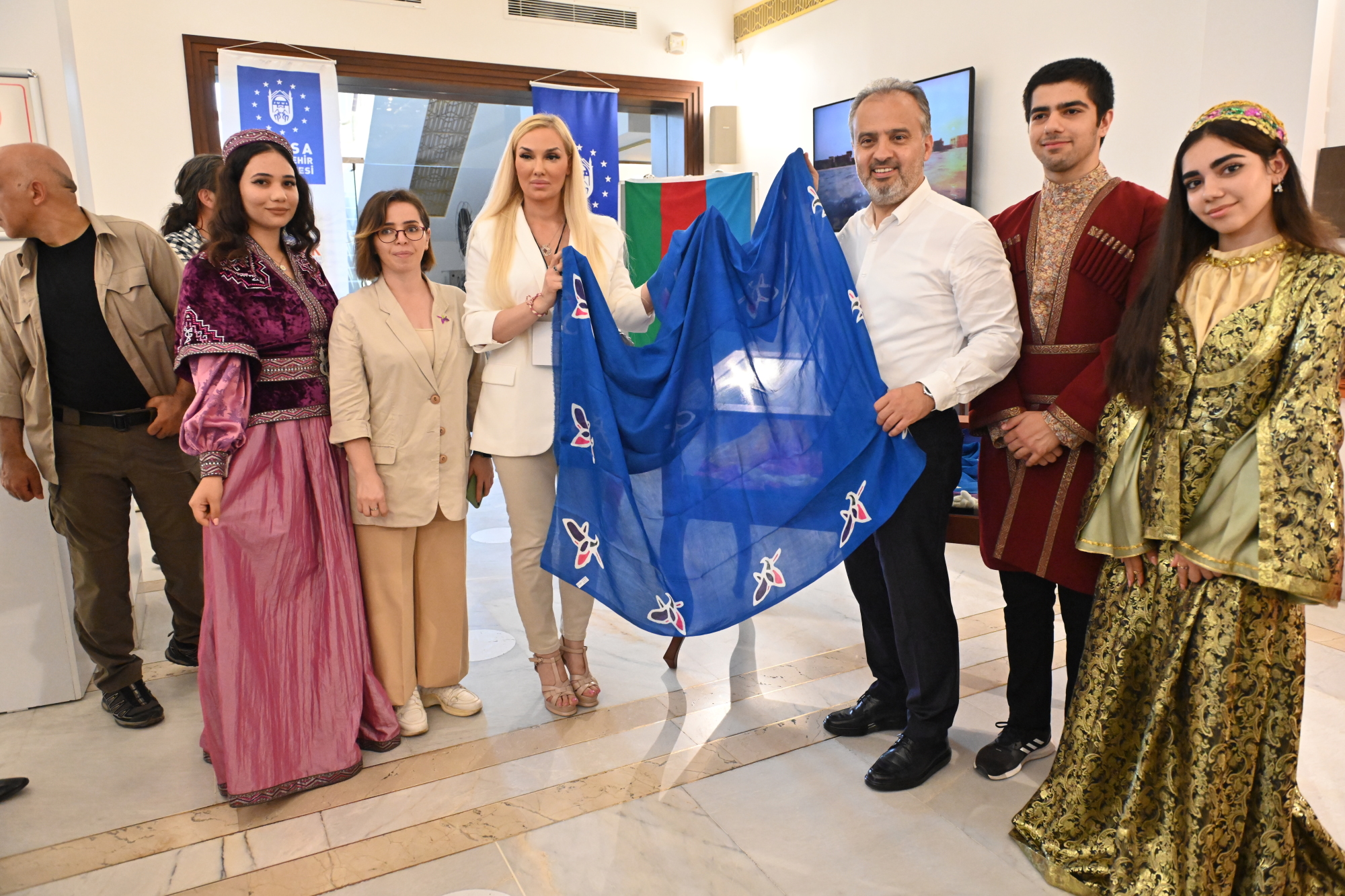 TÜGİAD: Power tariffs in industry should be tax-free

Statement from Vladimir Putin: Ukraine must clear its ports of mines