Speaking at the press conference held after the meeting, Çavuşoğlu said, “The war must be ended through negotiations. “We see that the base is forming to return to the negotiations,” he said.

GRAIN CORRIDOR IN THE BLACK SEA

Speaking about the grain corridor plan in the Black Sea, Mevlüt Çavuşoğlu said, “We are talking about a system that can be created in the middle of the UN, Russia, Ukraine and Turkey. As Turkey, we see this plan as feasible.”

While saying, “We believe that if there are artifacts that the world will export from both Ukraine and Russia, we should always pave the way for this together,” the Turkish Foreign Minister said, “Measures should be discussed for the safe course of ships “

Çavuşoğlu said, “The share of Ukraine and Russia in grain is one-third of the total,” and said, “With the mechanism, export obstacles and haste will be removed.”

“We would like to host the summit of leaders,” said Foreign Minister Çavuşoğlu.

“We follow a stable and objective policy,” said Çavuşoğlu, adding, “We care about returning to diplomacy rather than emotional reactions.”

POSSIBLE OPERATION IN SYRIA AND THE ASTANA PROCESS

Çavuşoğlu stated that they emphasized the value of Syria’s territorial integrity.

Stating that the regime does not want political analysis, Çavuşoğlu said, “Terrorist organizations need to be cleared from this country.”

“The next meeting will be held in Nursultan in July,” said Russian Foreign Minister Sergey Lavrov.

LAVROV: WE ATTEND OUR POWER PROJECTS

Sergey Lavrov said, “We attach value to our projects in the field of energy,” and said, “We are trying not to harm civilians.”

“The public knows very well the aims of our military operations and we will achieve these goals,” Lavrov said.

“The share of Ukraine’s grain artifacts in the market is only 1 percent,” said Lavrov, adding that “There is no situation that will create a food crisis. Ukrainians are holding grain and people hostage.”

Sergey Lavrov, speaking as “If the Ukrainian side is ready for demining activities, we are ready””, said that they do not create a problem for ship traffic.

Stating that they are ready to ensure the safety of the ships, Lavrov said, “We are ready to do this hand in hand with our Turkish counterparts. We will do our part for the Ukrainian artifacts. Zelenski is against demining, we are not the problem.” 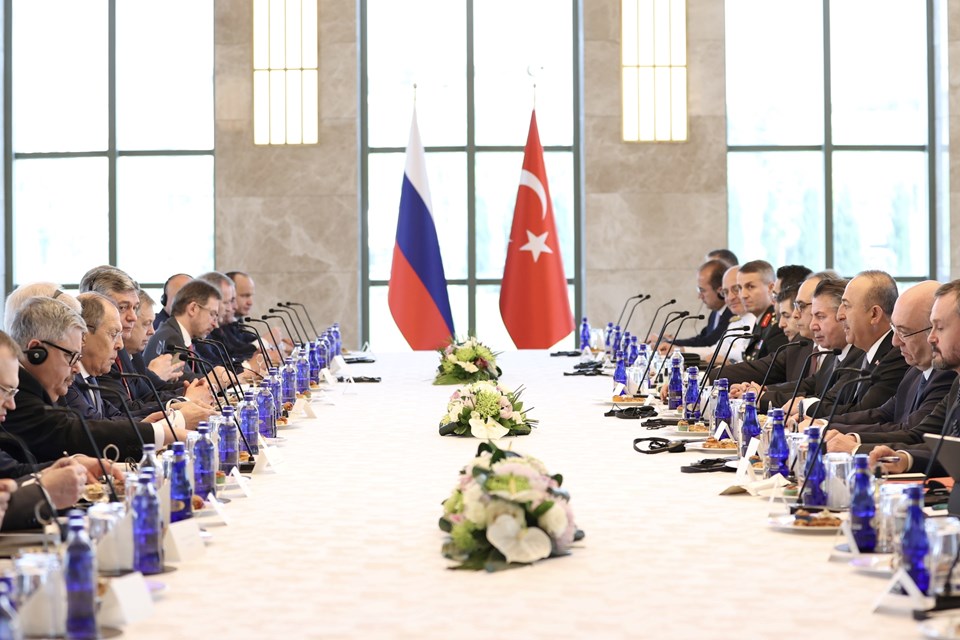 The delegations held a meeting in Beştepe.

Within the framework of the visit, besides bilateral ties and regional issues, the faithful journey of grain tankers in the Black Sea, their faithful entry and exit to the Black Sea and the ports, and the worries of Russia and Ukraine on this issue were discussed .