Call to Minister Nebati from Istanbul to ‘approve the loan’!

ISTANBUL (IGFA) – Istanbul Metropolitan Municipality (IMM) Leader Ekrem İmamoğlu held a meeting with the subject of “Finance City” at Göztepe Station of Ümraniye-Ataşehir-Göztepe metro border, which will largely solve the transportation problem of Finans City, which will house the state’s financial institutions.

At the end of the meeting, Leader İmamoğlu, who met the cameras with Kadıköy Municipality Leader Şerdil Dara Odabaşı, Ataşehir Municipality Leader Battal İlgezdi and İBB Deputy Secretary General Pelin Alpkökin, stated that the station he made a statement was a construction site for Finans Şehir .

Stating that it is predicted that there will be more than 100 thousand employees in Finans City, İmamoğlu noted that the daily traffic of the region is expected to be very heavy. Emphasizing that the metro will be the healthiest means of transportation for such a center in this context, İmamoğlu made a brief summary of the establishment and construction process of Finans City, which took about 10 years. 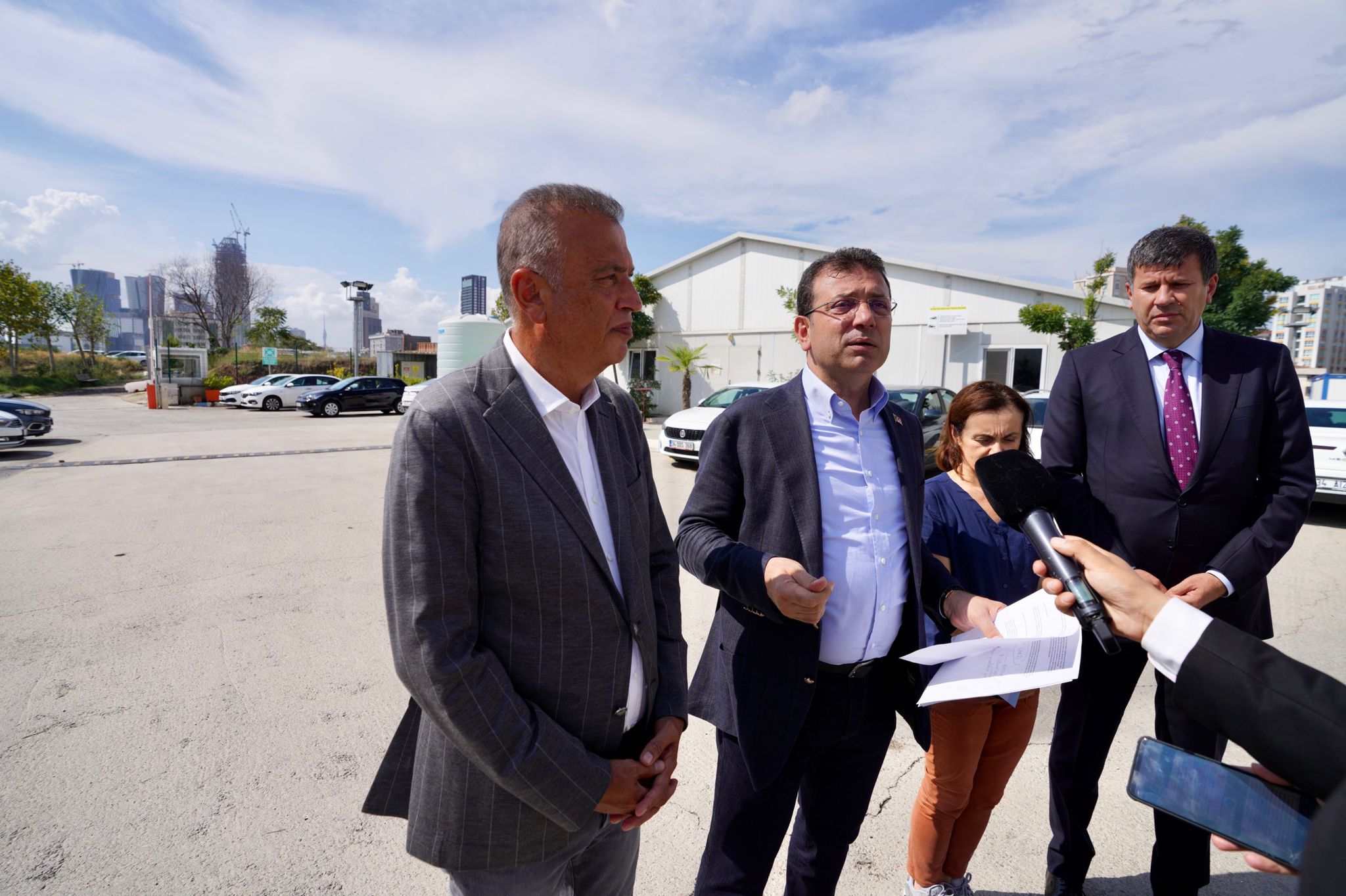 “WE ARE WORKING IN PARTNERSHIP WITH OUR 4 MUNICIPAL LEADERS”

Sharing the information that there will be public institutions such as the Central Bank, BRSA, SPK, Ziraat Bank, Halkbank and Vakıfbank within Finans Kent, which was started to be built without the necessary planning, İmamoğlu said, “I remember it stopped for a long time The relocation process was also mentioned at the end of this summer, in September, and in October. Naturally there are a few bets here. What are some considerations? One is transportation. The most valuable. In other words, road transport and metro transport. However, subway transportation will take the biggest load. Regarding road transportation, the process had to be managed very well and in harmony with both our Metropolitan Municipality and district distribution. In this context, I gave instructions to our Secretary General and with our 4 municipal leaders; I wished them to meet with our Ataşehir, Kadıköy, Ümraniye and Üsküdar Municipality Leaders. Our municipal leader friends also declared to us that they will continue negotiations with the ministry on this issue.”

“We APPLIED TO THE MINISTRY OF FINANCE 11 MONTHS AGO”

Pointing out that the line in question needs new financing, İmamoğlu said, “Due to this financing requirement, we had a meeting with IBRD, the institution from which we previously borrowed. We have reached a preliminary agreement regarding the purchase of an additional loan of 75 million Euros. For this reconciliation, we needed to get permission to find a loan here. We unanimously removed it from the IMM Assembly and applied to the Ministry of Finance. How long ago? Exactly 11 months ago. And in January, this signature document came before the Minister of Finance. In other words, our approval has been waiting for signature in front of Mr. Nabati for 9 months. Do you know what this confirmation is? It’s just an endorsement, with no treasury guarantee. In other words, we expect him to dip his pen in ink and sign it for 9 months. Although that loan has not been received for 9 months, we continue our business here from our own resources, with great effort. But there is no reason why this was not signed, there is no relation, no reason. Please, Mr. Minister, sign as soon as possible so that we can solve the transportation problem of the Finance City you see behind us on behalf of the people of Istanbul and our country.”

Seda Minister became a mother for the second time

35 percent increase in sexual and reproductive health products: ‘We have neither birth control pills nor condoms for 3 months’