The countdown has begun for the Bursa stage of the Silk Road Rally from Danube to Orhun, which started with the commencement ceremony held in Budapest, the capital city of Hungary, on Sunday, 21 August. Preparations for the rally, which will also visit Bursa, the Capital of Culture of the Turkish World in 2022, the last stop of the Silk Road, have been completed.

BURSA (IGFA) – The ‘Silk Road Rally from Danube to Orhun’, organized for the first time and has a stage of approximately 9,100 kilometers, will last for 3.5 weeks.

There are 30 competitors in the rally, in which 15 vehicles from 5 countries participate.

Silk Road Rally from Danube to Orhun, which started from the Gül Baba Tomb in Budapest, the capital city of Hungary, followed the Danube River under the leadership of East West Friendship and Peace Rally Association Leader Ender Serin, completing the Balkans stage, over Serbia and Bulgaria, respectively. He entered Turkey.

The rally, which entered from Edirne on 22 August, will reach 2022 Turkish World Culture Capital Bursa, which is the last stop of the Silk Road, after the 23-24 August Istanbul start. Competitors will meet in front of the historical city hall for the Bursa start on Thursday, August 25.

The competitors, who will be welcomed by Bursa Metropolitan Municipality Leader Alinur Aktaş, will complete the Bursa stage of the Silk Road Rally from Danube to Orhun by touring the Tombs of Osman Gazi and Orhan Gazi with hand maps, Abdal Bagel Bakery and Dungeon Door Museum , following the start.

Competitors; then it will arrive in Eskişehir, Ankara, Tokat, Ordu, Trabzon, Rize and Artvin respectively. The Silk Road rally will end in Kyrgyzstan, with Kazakhstan and Uzbekistan passing through Georgia and Azerbaijan.

The silk road rally, which aims to introduce the historical, cultural, natural and touristic attractions of the countries and cities on the route, will make a valuable contribution to the promotion of 2022 Turkish World Culture Capital Bursa. Hundreds of willing cultural ambassadors will be won with the silk road rally, whose main aim is to provide a connection between cultures. 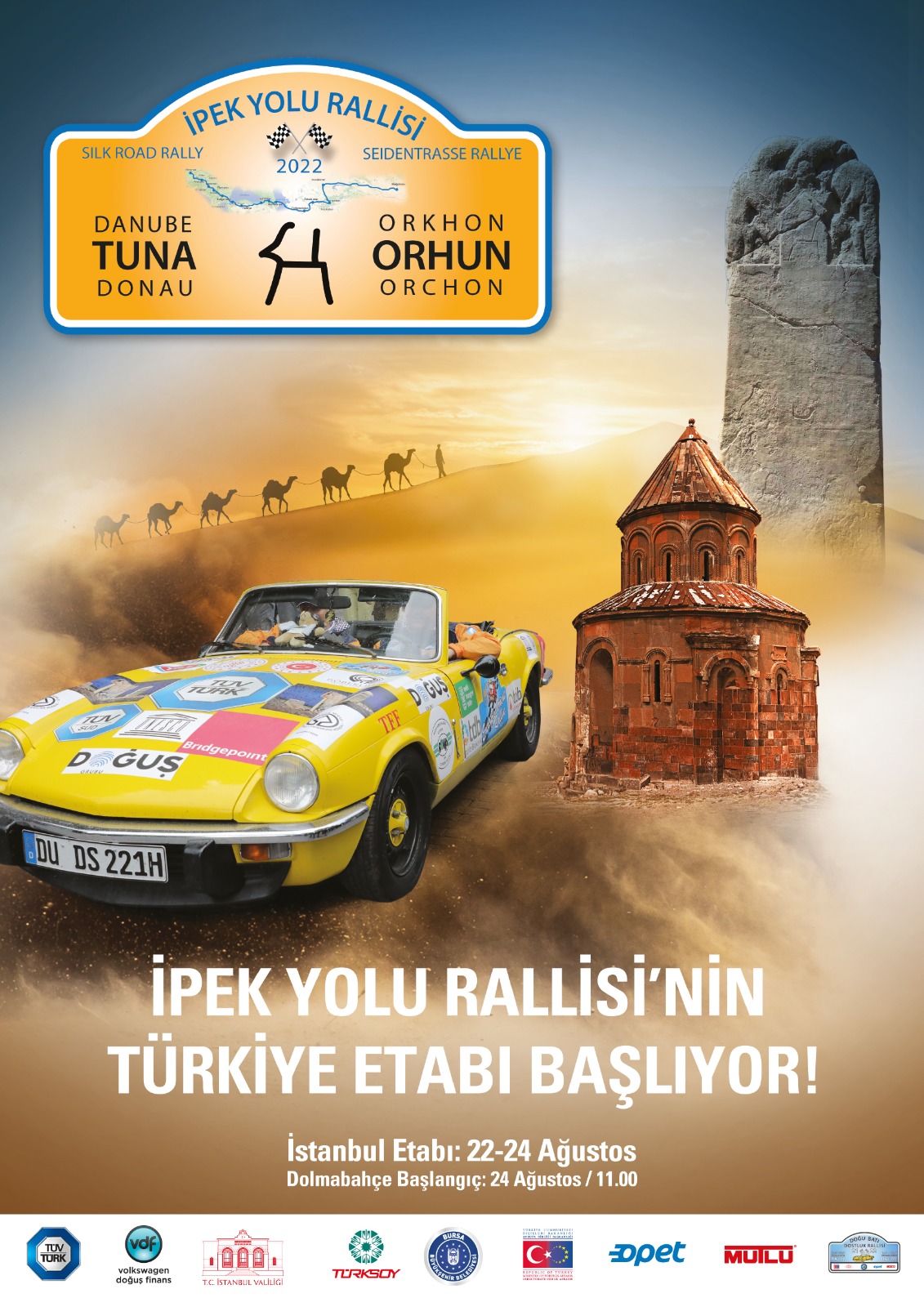 Turkish Grain Board determined the grain purchase details for 2022