Britney Spears shared the scene shot in Turkey: ‘This image made me cry’

World famous musician Britney Spears shared a birthday image shot in Turkey from her Instagram account. In the images taken in a kindergarten in Istanbul, the kindergarten teacher recorded the satisfaction of a student who was given a birthday surprise.

The child in the image was crying after the birthday surprise prepared for him and hugging the person who brought him the cake. The image, which was the subject of the word, went viral on social media as well.

“THIS IMAGE MADE ME CRY”

Britney Spears shared the image on her 40 million followers on Instagram and said, “I have had a migraine for the past two days and I couldn’t get out of bed. I couldn’t be exposed to the light and I felt like I was going to pass out. It was the worst and so I slept for two days. I was unconscious on Mother’s Day. .. I’m a day late, I’m so sorry… Anyway, this image made me cry. Watch what the little boy is doing with his mother’s hands. I really mean a little gentleman! Happy Past Mother’s Day”. 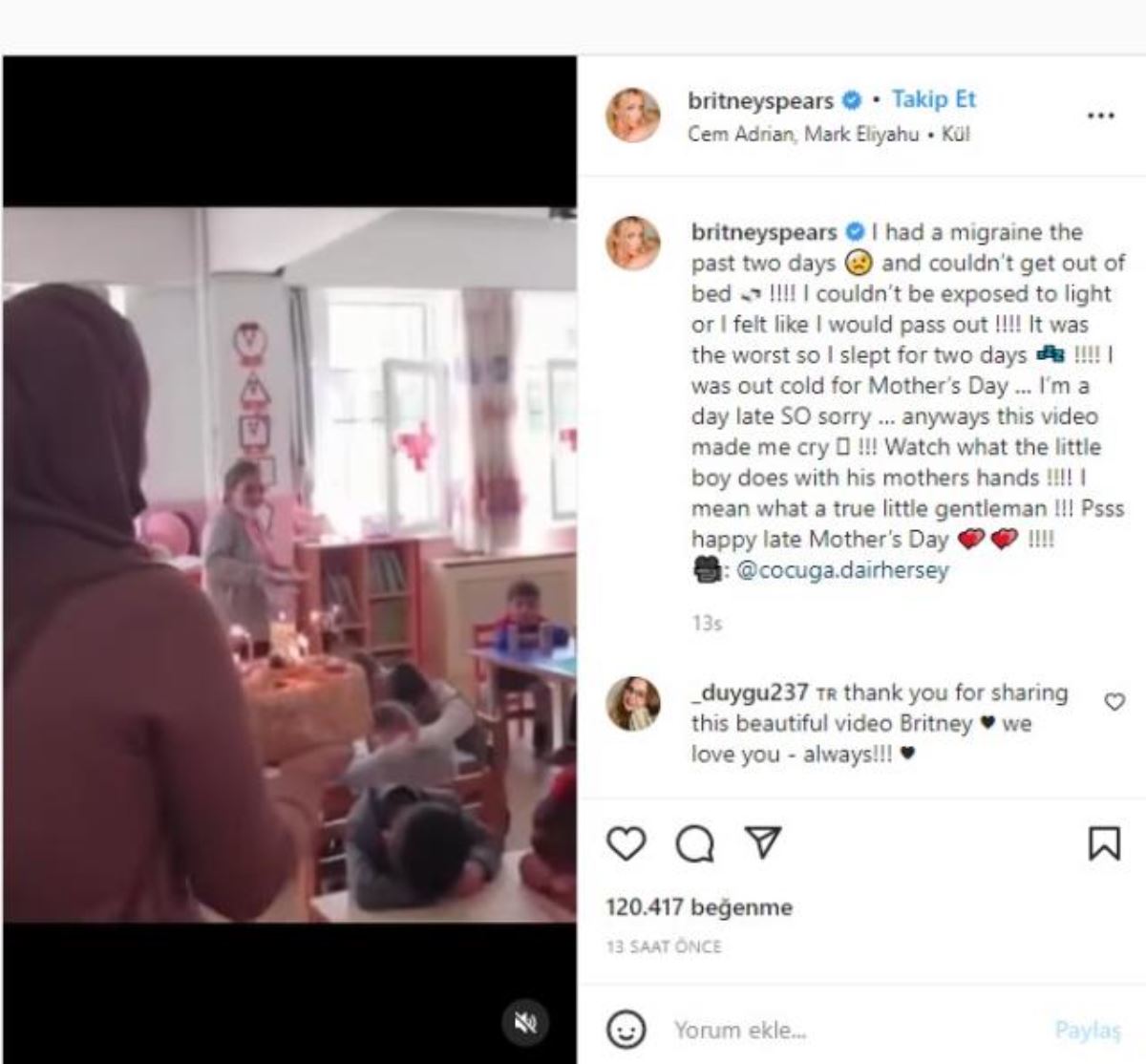 On the other hand, the famous musician used Cem Adrian’s ‘Ash’ music in his post. Cem Adrian, who did not remain silent on the sharing of Britney Spears, dropped the note “The world is a strange place” from his Twitter account.

Visit from Minister Özer to the Turkish History Museum

Word of mouth harassment from Mehmet Ali Erbil to Melike Öcalan on stage: ‘I couldn’t touch you’