Balikesir is rocking! Another 4.7 magnitude jolt after 4.1

Karesi and Susurluk districts shook 20 times after a 4.1-magnitude earthquake in Balıkesir’s Karesi district at 01.13. The second major earthquake in Square was recorded at 01:58 with a magnitude of 4.7. The shaking was also felt in Bursa, Çanakkale and Istanbul provinces.

The tremors felt strongly in Bursa also frightened the citizens in Istanbul and Çanakkale.

In Balikesir, the citizens spend the night restless.

According to AFAD data, after the first earthquake recorded at 01.13 am in Balıkesir’s Karesi district, as the epicenter, 20 more earthquakes were recorded in the same region, with 1 minute average, as of immediately.

It was determined that 18 of the earthquakes recorded as of 02.08 in Karesi district and 2 in Susurluk district, in the middle of 1.1 and 3.0 magnitudes, occurred at a depth of approximately 10 kilometers. 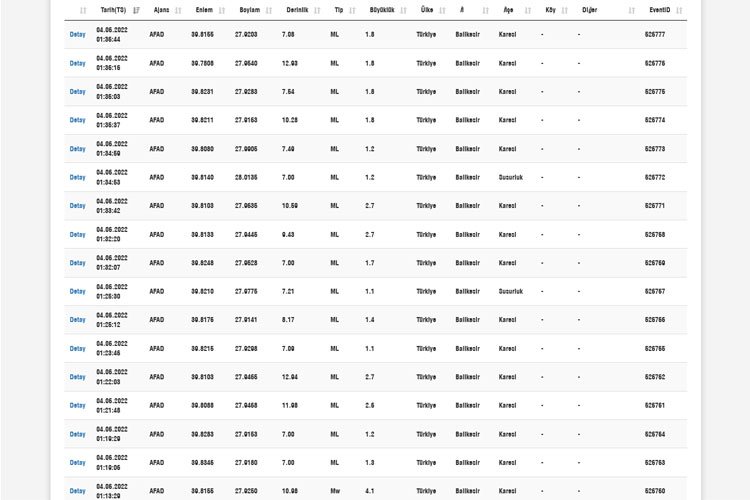